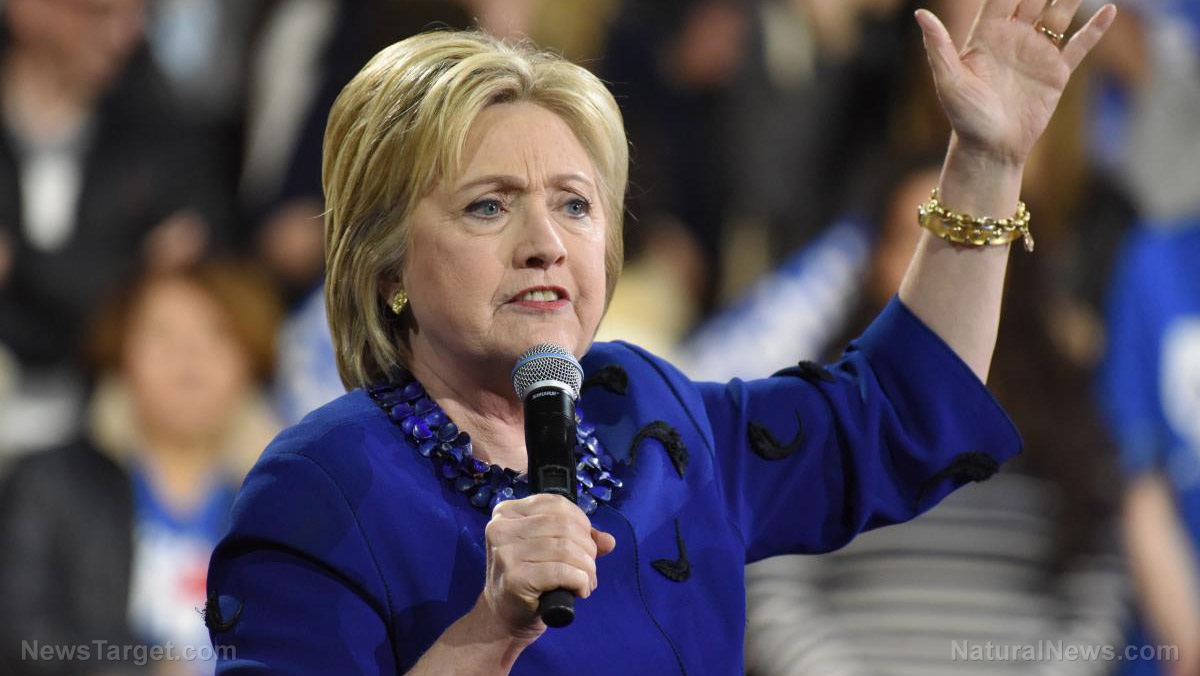 It should be apparent by now that American Leftists, led by Democrats and enabled by a garbage ‘mainstream’ media that is little more than a propaganda division for the party, is a fifth column seeking to destroy our country from the inside.

On Thursday, The New York Times once again published leaked details of the Trump administration’s plans to initiate Immigration and Customs Enforcement operations nationwide to round up illegal aliens who have been given an order to leave the country by a court but have refused to do so.

Gallingly, the paper claimed that the first operation, planned for last month, was “postponed…partly because of resistance among officials at his own immigration agency,” when in fact, the president and DHS officials called them off because the Times and others published leaked details about when and where the raids were to take place.

But even more galling is that a former secretary of state, U.S. senator, first lady, and Democratic presidential contender — Hillary Clinton — is now brazenly and openly obstructing justice, yet she has yet to be arrested. (Related: Here’s why Hillary Clinton can still be charged and imprisoned for her misuse of classified emails.)

Clinton joins other Left-wing groups and Democratic lawmakers in advising illegal immigrants how to avoid arrest and what to do if approached by ICE agents. Hillary even posted instructions on her Twitter account in Spanish:

The @nytimes reported overnight that ICE is planning to conduct massive raids this weekend to deport families and “collateral” immigrants who may be nearby.

Share this guidance from @UNITEDWEDREAM on what to do if ICE comes to your door. #HereToStay #CloseTheCamps pic.twitter.com/yE837Jzptj

She’s not the only one, mind you. The speaker of the U.S. House of Representatives — Nancy Pelosi (D-Calif.) — and the third in line to the presidency actually told illegals, “If that is the only document ICE brings to a home raid, agents do not have the legal right to enter a home. If ICE agents don’t have a warrant signed by judge, a person may refuse to open the door.”

But Clinton’s actions are especially egregious given that a) she is the wife of a man who was actually president and knows it’s the president’s job to enforce all laws; and b) she was a two-time presidential contender herself who, had she won, would be mightily upset if businessman Donald Trump and Republican lawmakers were attempting to thwart her efforts to uphold the law.

David Daubenmire, writing at News With Views, said it’s time — past time, really — to lock her up…for so many things:

Can anyone explain to me why Hillary Clinton has not been indicted? Does it not bother you that there are at least two systems of justice here in America? Can you not see that the powerful protect the powerful? Are you OK with that? Can America survive as a Constitutional Republic if our elected officials are not held to a HIGHER standard than they average Joe Citizen?

Daubenmire answered his own question, of course. There are two systems of justice in America — one for the elite like Clinton and one for the vast majority of Americans (including Leftists who think just because they support Clinton and Democrat lawlessness they, too, will be spared at some point down the road).

Daubenmire says he’s a member of the Equal Justice Tour, a group of Americans “who are committed to fighting back and demanding equal justice not special justice” — though it’s not clear how the group plans to hold Clinton accountable (or anyone else for that matter).

Clearly, tens of millions of Americans are not “okay” with Clinton’s continual flouting of the law. They are also not okay with the fact that the immigration issue has become as passionate as slavery was in the 18th century. And because it is as passionate, it means that the issue has the ability to tear apart the social fabric of the country.

President Trump has to act, period. Stop tweeting about things and instruct his government to act against these fifth column Democrats and Leftists who want to destroy our republic from within.

Read more at Clinton.news and CivilWar.news.