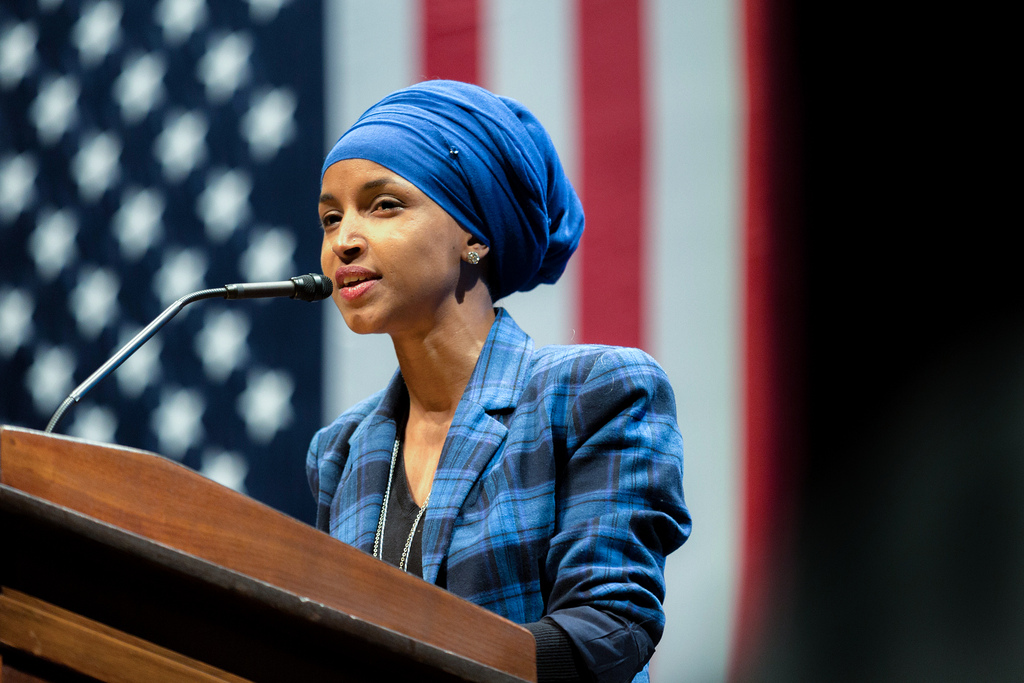 The various controversies surrounding Rep. Ilhan Omar (D-Minn.) just won’t go away, thanks to some old-fashioned intrepid reporting from some gumshoe journalists.

You may recall that around the time Omar was elected in November to her first congressional term, rumors/reports swirled that she actually married her brother as a way to “skirt immigration laws,” according to the Star Tribune newspaper serving Minneapolis and St. Paul, Minn.

In June the paper reported that new “investigative documents” that were released by a state agency reignited “lingering questions” about Omar’s “marital history.” The paper noted:

Omar has denied the allegations in the past, dismissing them as “baseless rumors” first raised in an online Somali politics forum and championed by conservative bloggers during her 2016 campaign for the Minnesota House. But she said little then or since about Ahmed Nur Said Elmi, the former husband who swept into her life in 2009 before a 2011 separation.

Questions surfaced again last month during a state investigation of alleged campaign finance violations indicating that Omar filed federal taxes in 2014 and 2015 with current husband Ahmed Hirsi, but she was still legally married to, but separated from, Elmi.

As further noted by The Gateway Pundit, based on sources and additional reporting, the marriage certificate involving her and Ahmed Nur Said Elmi lists his birthdate as April 4, 1985 (Omar was born in 1982). The marriage took place on Feb. 12, 2009. PJ Media’s Dave Steinberg further reported that official student enrollment records belonging to St. Paul Public Schools, as well as the state of Minnesota, notes that an “Ahmed N. Elmi” was enrolled as a senior during the class of 2003 at Arlington Senior High School in St. Paul between Sept. 6, 2002 and June 10, 2003.

Both Ilhan Omar’s 2009 marriage documents and her 2017 divorce proceedings state that Ahmed Nur Said Elmi was born on April 4, 1985.

After an extensive background search, I have not been able to find any other person named “Ahmed Nur Said Elmi,” “Ahmed N. Elmi,” or even “Ahmed Elmi” with the birthdate April 4, 1985. The man Ilhan Omar married and the 17- to 18-year-old who attended Arlington Senior High School in St. Paul, MN, in 2002-2003 are one and the same.

This woman is a walking scandal

Americans — and especially Minnesotans in her district — deserve some answers.

According to Paul Joseph Watson at Infowars, a new petition has been filed at the WhiteHouse.gov website demanding an investigation into Omar by Congress.

Titled, “Conduct an Immediate Congressional Investigation Into Ilhan Omar,” the petition asks Congress and POTUS Trump to determine if she should be expelled from the House.

“Rep. Omar’s oath of loyalty to the United States is in serious doubt,” the petition states. “Omar made light of the September 11 terror attack by referring to the atrocity as ‘some people did something.’”

The petition also notes she has been videoed laughing about and “making light” of Muslim extremist terrorism and the threat posed to the United States by al Qaeda.

She has also refused to condemn a recent domestic terrorist attack by an avowed follower/supporter of Antifa — Willem Van Spronsen, who recently attacked an ICE facility in Tacoma, Washington, with firebombs before he was killed by police, the petition states. (Related: CNN celebrated Antifa firebomb attacker as one of ‘the good guys’ during segment praising left-wing ‘activism’.)

No one expects her to be expelled from Congress, however. Under the Constitution, expulsion requires a two-thirds majority concurrence from all members, and since Democrats who control the House have been covering for and defending her, fat chance they’ll do the right thing.