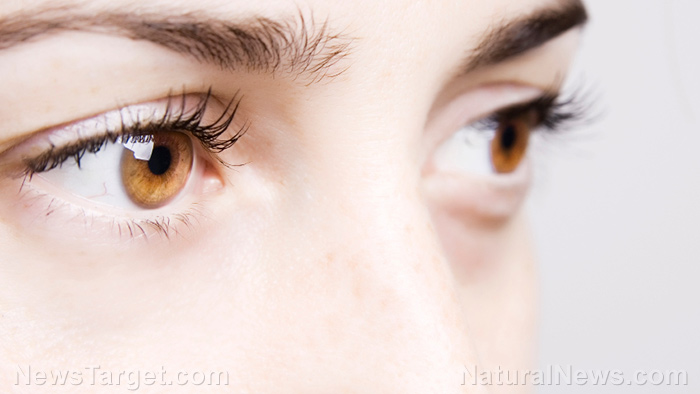 Do you ever wonder why it’s so hard to see at night? That’s because humans, as well as some other mammals, can only see specific wavelengths of light called visible light. The visible light that a human’s natural vision can perceive accounts for only a small fraction of the electromagnetic spectrum. In general, humans can only see 400 to 700 nanometers (nm), which is equal to the colors of the rainbow. Longer wavelengths of light such as ultraviolet, infrared and near-infrared are invisible to the human eye.

However, a team of researchers led by Tian Xue and Jin Baoat at the University of Science and Technology of China and Gang Han at the University of Massachusetts found a way of enhancing the night vision of humans using nanotechnology. The research team was able to develop a simple injection that would allow humans to see beyond the current visible spectrum of light. Their goal was to find a way for humans to detect and see using infrared and near-infrared light.

What is infrared light?

Infrared light is a band of light that features a longer wavelength than visible light. It is created by objects, people, and animals when they give off heat, and can only be detected using specialized devices, such as night vision cameras and goggles. (Related: Cannabis may be able to enhance night vision.)

Using nanoparticles to see at night

Co-author Jin Bao stated in a paper published in the journal Cell that their team was able to develop nanoparticles called nanoantennae, which are capable of anchoring tightly to the photoreceptor cells of the eyes to act as infrared transducers. Once anchored, these nanoparticles can capture and transform the long wavelength of infrared light, usually around 980 nm, and covert it into shorter ones measuring 535 nm. The converted infrared light is then absorbed by rods or cones which send a signal to the brain telling it that visible light had hit the retina. The brain sees this signal as green light.

The nanoparticles were then tested on mice, which, like humans, can’t see infrared light. The researchers discovered that the mice injected with the nanoantennae displayed unconscious reactions to the presence of infrared light – most notable are the constricting of their pupils. In another test, the injected mice showed that they were able to distinguish between various shapes like circles and squares scattered inside a maze the same way they would under daylight conditions. In very rare cases, some of the mice showed signs of cloudy corneas, which quickly cleared up in less than a week. Other tests revealed that no damage was done to the retinas of the mice after injecting them with the nanoparticles.

Xue highlighted the potential use of this technology on humans. Aside from advancements in military and security applications, this technology could also be used as a therapeutic solution for various vision problems, as well as people with red-color vision deficits. Xue and his team are now working to improve and fine-tune this technology to be more suitable to the human eye. They are now focusing on the safety of this procedure with further testing involving small primates instead of mice. Once this groundbreaking technology takes off, you won’t have to worry about stumbling around at night. Xue added that this technology could possibly allow humans to see things well beyond their natural capacity.