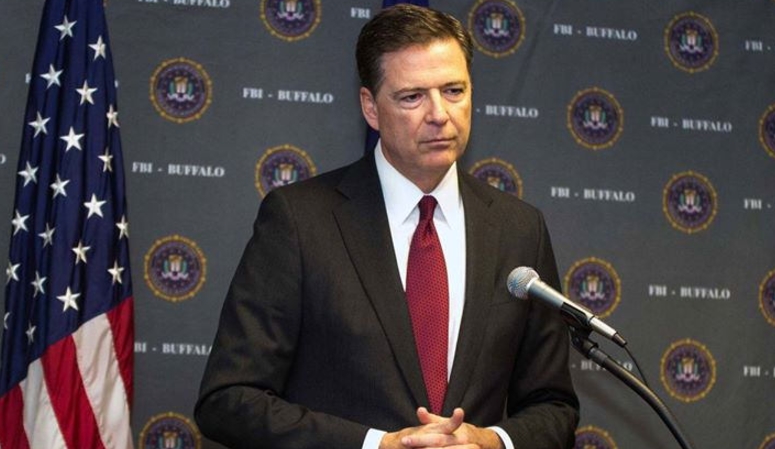 In fact, according to sources who spoke with investigative reporter Paul Sperry, Horowitz’s report will implicate Comey as having launched a secret counterintelligence operation against the president with the goal of building a case to oust him from office.

In a report for Real Clear Investigations, Sperry notes that though Comey informed POTUS Trump on more than one occasion that he was not the subject of an ongoing probe into alleged criminal obstruction of justice and collusion, in fact the former FBI director himself was secretly conducting a probe — which, of course, he never told the president about: It is one of the most enduring and consequential mysteries of the Trump-Russia investigation:

Why did former FBI Director James Comey refuse to say publicly what he was telling President Trump in private — that Trump was not the target of an ongoing probe?

That refusal ignited a chain of events that has consumed Washington for more than two years – including Comey’s firing by Trump, the appointment of Special Counsel Robert Mueller, and ongoing claims that Trump obstructed justice.

Sperry notes that, according to sources familiar with Horowitz’s investigation, the IG will soon file a report containing evidence that Comey was himself acting as an investigator, at times, as he attempted to build a conspiracy allegation.

Two U.S. officials who have been briefed on Horowitz’s probe of potential FBI misconduct related to the Obama-era “Spygate” operation against the 2016 Trump campaign, say that Comey was, in essence, “running a covert operation against” POTUS Trump which began with a “defensive briefing” he gave the president a few weeks before his January 2017 inauguration. (Related: James Comey clearing Hillary Clinton before election was a TACTIC to give her a weekend boost.)

The sources note that Horowitz has gotten hold of high-level FBI communications that indicate the fired FBI director had conducted a “counterintelligence assessment” of POTUS during the pre-inauguration meeting at Trump Tower in New York.

What Comey did was pure treason

— Besides lying to the president about him not being a target of an ongoing FBI collusion/conspiracy/obstruction investigation, Comey also had an agent working inside the White House who was required to report back to FBI headquarters about the president and his aides.

— Comey took several actions on his own but, according to sources, he wasn’t working by himself. A focus of the Horowitz inquiry is the private Jan. 6, 2017 Trump Tower meeting in which the then-FBI director advised the president-elect about the infamous “Steele Dossier.” Within a few days, Buzzfeed, CNN, and a few other outlets used the meeting “as a news hook for reporting on the dossier’s lascivious and unsubstantiated claims,” Sperry wrote.

— Comey has twice denied investigating the president during congressional testimony — under oath. If IG Horowitz has evidence proving otherwise, that’s a crime.

— The former FBI director had nine conversations with President Trump between January and May 2017, and almost each time he went back to his office and wrote up his version of the conversation as well as a complete update of the Crossfire Hurricane probe — the bureau’s codename for the Trump-Russia probe launched in 2016.

— Comey repeatedly promised Trump he would find a way to reveal, publicly, that he wasn’t under investigation, but never did, causing Trump to grow increasingly angry and frustrated.

It seems evident that what Comey did — spy on the president he was supposed to be serving in a patently political bid to unseat him — is pure treason, and should be treated as such.