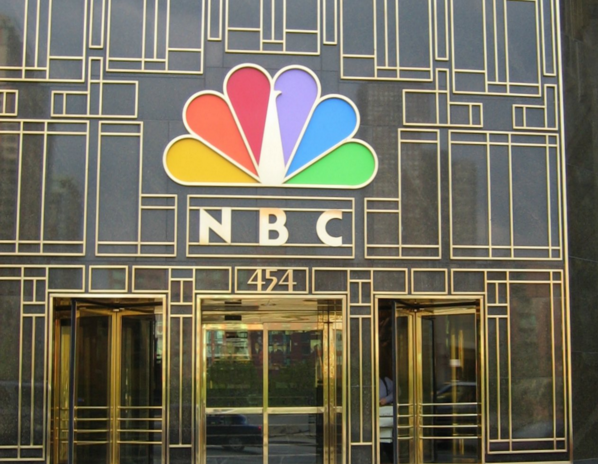 We in the independent media have long known that our ‘colleagues’ in the “mainstream” establishment press have been in bed with the Democrat Party, serving as its propaganda division.

But in the age of POTUS Donald Trump, more and more Americans are learning about the relationship as evidenced by the manner in which the press either covers for Democrat corruption and/or serves as their information outlet.

While indy media serves the First Amendment and the people by holding the powerful to account and exposing corruption — the mandate bequeathed us by the founding fathers — the establishment press covers for the powerful, lies about the powerless, and works specifically to subvert Republicans and conservatism in general.

NBC News provides the latest example of this behavior.

Two of the network’s reporters recently contacted The Epoch Times, a popular and notable Right-leaning, anti-communist newspaper and online news site, to ask them about what were described as “very inappropriate questions” about the “religious beliefs” of Epoch staff members.

‼️ BREAKING:
Last week, @EpochTimes was contacted by two NBC reporters who posed a series of highly inappropriate questions about the religious beliefs of our staff.

In subsequent tweets, The Epoch Times reported that the NBC News hacks “sought to discredit” the religious beliefs of the staffers (since when does NBC hire theologians and theology experts to serve as reporters?), “attacked our journalism based on personal opinion rather than objective analysis” (which is par for the mainstream media course) and “even sought out information on the personal lives of our staff.”

“NBC’s questions seek to dig out what they assume is our agenda by asking about our coverage of President Donald Trump and our relationship with the spiritual practice of #FalunGong,” the paper tweeted. “Unfortunately, the bane of #Journalism today is the all-too-common practice of writing news to conform with a pre-existing narrative or agenda. The best journalism of the past had the truth as its standard, not political advantage.” (Related: It’s time to stop pretending that “mainstream media” reporters are real journalists: They are Left-wing political activists and journo-terrorists.)

Unfortunately, the bane of #Journalism today is the all-too-common practice of writing news to conform to a pre-existing narrative or agenda. The best journalism of the past had the truth as its standard, not political advantage.

The Epoch Times noted further in a response to NBC’s questions:

It certainly does appear that NBC has an agenda with respect to covering the Trump presidency. A study by Harvard Kennedy School’s Shorenstein Center on Media, Politics and Public Policy found that NBC’s coverage of Trump’s first 100 days in office was 93 percent negative.

And, of course, it wasn’t the only network to trash POTUS Trump in an unprecedented manner. In general, the establishment media has been terrible to this president, especially compared to the way in which the same outlets whiffed on the multitude of scandals that occurred during the Obama administration, the most serious of which, it turns out, was “Spygate.”

One of the questions asked by NBC, according to The Epoch Times’ publisher Stephen Gregory, was: “Much of the Epoch Times’ recent coverage has focused on the promotion of President Trump’s policies, interviews with surrogates, and a ‘deep state’ conspiracy to ‘spy’ on his campaign during the 2016 election. Do you feel like this is a fair characterization and do you consider the Epoch Times to be pro-Trump?”

First off, Obama did spy on the Trump campaign; everybody with even a modicum of objectivity knows that. Secondly, there is a ‘deep state,’ and as an establishment media outlet NBC News is both aware of it and a member of it in good standing.

Is covering the Trump presidency fairly now considered to be “pro” President Trump?

How about when NBC News ignores Spygate; is that considered ‘anti-Trump?’ Or a ‘cover-up?’

Also, the NBC hacks asked, “Is the Epoch Times predominantly staffed by volunteers? Do some Epoch Times interns, volunteers, or employees live in a shared home?”

“This is simply inappropriate,” Gregory notes. “What bearing do individuals’ living arrangements have on the journalism of The Epoch Times?”

None, of course. But then again, NBC isn’t interested in reporting facts; it’s interested in being a shill for the Left, as these questions — and the others asked — indicate.

Read more about the fake news media and its propaganda agenda on behalf of Democrats at NewsFakes.com and Propaganda.news.