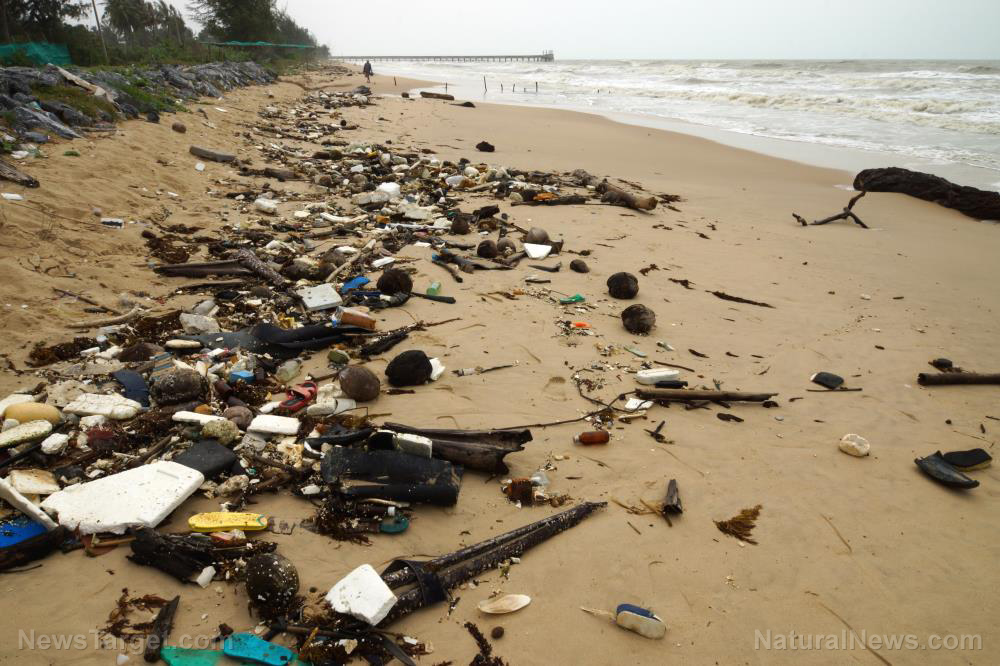 Why is there raw feces strewn across nearly all the beaches along the West Coast? The answer is simple: Liberal policies allow people to openly crap all over their own cities (like San Franshitsco), causing untreated raw human sewage to be flushed directly into the oceans every time it rains.

Since liberal city mayors have refused to enforce basic human sanitation, liberal cities have been transformed into actual sh#tholes of human filth and feces, where diseases like Bubonic Plague (the “Black Death”) are on the verge of surging back.

The extreme filth of liberal cities is the perfect metaphor for the filth and lunacy of liberalism itself, which defies biological reality and attempts to exist in an artificial bubble of sheer denial of reality.

According to liberals, men can have babies, genetics don’t determine gender, and the sh#t-covered streets of San Francisco are clean and pristine. After all, Nancy Pelosi is in charge, so it must be good! And anyone who points out the rampant filth, raw infestations or collapsing living conditions in liberal-run cities is, of course, immediately branded “racist.” Because, you know, orange man bad.

It’s not just the beaches of the West Coast that are covered in raw, untreated human sewage, by the way: Even the beaches of Texas are now slimed with dangerous raw feces thanks to the airport of Houston, a city run by liberals who care nothing about the environment. Natural News has learned that the George Bush Intercontinental Airport in Houston is now openly flushing raw, untreated human feces from airplane toilets directly into storm drains that ultimately drain right into the Gulf of Mexico. Natural News has offered a $1,000 reward for video or photographic proof to help blow this story wide open and force the corrupt, liberal bureaucrats of Houston to stop their rampant destruction of the environment.

Watch my explicit video here to learn the rest of the story (warning: Video frequently uses the word “sh#t” without bleeping). And be sure to watch the video documentary Biosludged to learn more about the coordinate, EPA-approved “sewage sludging” of America. Read Pollution.news for daily news updates on pollution in America.