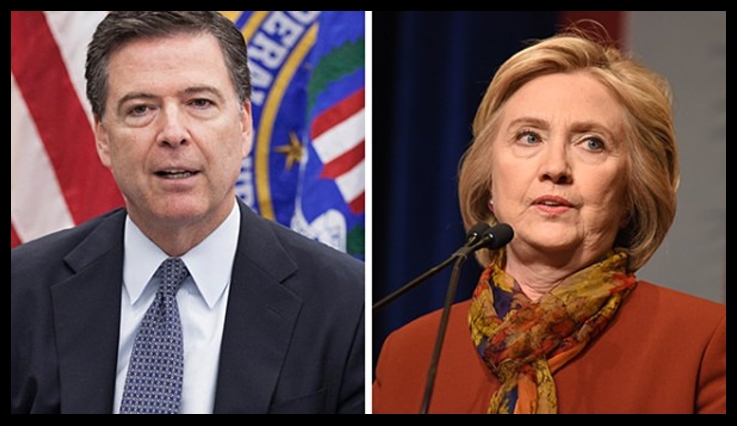 Fair-minded Americans know that President Obama and the deep state characters working for him in the Justice Department, the FBI, and the U.S. intelligence community all wanted Democratic presidential contender Hillary Clinton to win in 2016.

So much so, they worked to ensure that she remained free and unindicted so she could run.

When she lost, of course, “Spygate” became Plan B and the rest is history.

But thanks to continued digging by real journalists and legal watchdog organizations such as Judicial Watch, we’re still learning just how committed the criminal Obama regime was to ensuring that Clinton was not charged with enough violations of the Espionage Act to put her behind bars for the rest of her life.

According to a breaking news report by FrontPage Magazine on Friday, the Obama FBI and Justice Department worked with Clinton to destroy evidence that was pertinent to the bureau’s investigation into criminal mishandling of classified emails:

In breaking news, the American Center for Law and Justice or ACLJ (Jay Sekulow’s organization, not related to his role as the President’s attorney), has obtained actual copies of the immunity agreements pertaining to Cheryl Mills and Heather Samuelson in the Hillary email scandal. This was a stunning litigation win, hard-fought after years of litigation by the ACLJ attorneys, who were unable to extract the documents through the normal FOIA processes, due to a lack of cooperation by the government.

Mills, you may recall, was chief of staff for Clinton while she served as Obama’s secretary of state. In a bizarre, wholly unorthodox situation, Mills later served as one of Clinton’s lawyers and ‘represented her’ during the email scandal.

As for Samuelson, she worked on Clinton’s 2008 failed presidential bid before becoming a senior adviser to Clinton when Obama picked her to run the State Department, as well as serve as a liaison to the Obama White House. She also got to pretend to be one of Clinton’s attorneys for the email scandal. (Related: Now we know: Obama DID sign off on Spygate.)

According to FrontPage Magazine, “the immunity agreements issued by the government were crafted so that the agencies could extract information from the parties, despite the fact that this is not necessary because DOJ has the power to require that the information be turned over.”

The Obama regime was the most corrupt in U.S. history, hands down

In violation of criminal statutes, Clinton both kept and trafficked in classified information on her private email server. According to the immunity agreements, Mills and Samuelson were actually involved in covering up the existence of the emails while destroying other evidence.

Both agreements with Samuelson and Mills were issued by the Justice Department and the FBI. While they claimed that the two individuals were to turn over computers to investigators, they didn’t have to actually turn over “custody and control” of the computers.

That’s a crucial point to note because Freedom of Information Act statutes apply to federal agencies who have “custody and control” of requested information; if it is not actually in the agency’s custody, then, of course, it can’t be requested via the FOIA.

Also, the immunity agreements, the ACLJ found, were extremely broad. There were several charges that Mills and Samuelson were given immunity from that included violations of the Classified Information Act, the Espionage Act, and the Federal Records Act (keep in mind that laws are only good if they are enforced).

“If Mills and Samuelson were charged and convicted of every crime from which they received immunity,” FrontPage Magazine reported, “they would be potentially subject to twenty-eight year in jail each.”

By the time the FBI actually got Mills’ and Samuelson’s computers, per the immunity agreements, all of the things they had done to hide, obfuscate, and destroy evidence of Clinton’s wrongdoings was ‘excused’ by the immunity agreements. That means James Comey’s FBI actively worked to cover up Clinton’s crimes so she could continue to run against Trump.

Barack Obama will go down in legitimate history books as one of the most corrupt administrations in the history of our country.