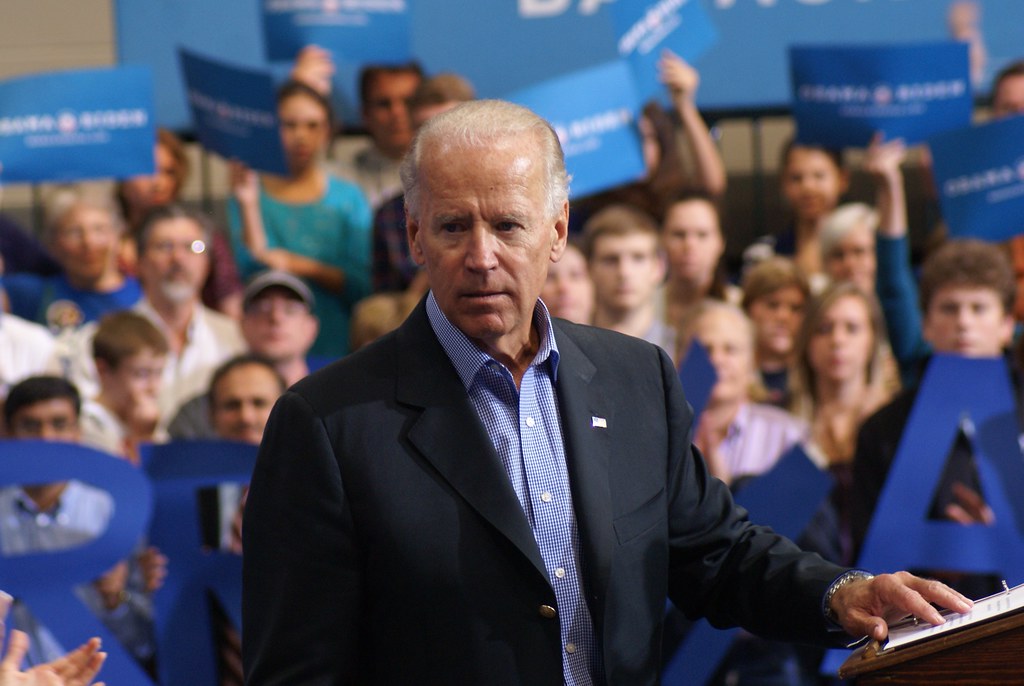 For years independent journalists have been sounding the alarm over Democrat desires to circumvent the Second Amendment by fiat (because they can’t get enough states to repeal it) so they can come after your firearms.

For about as long, skeptics have discounted our warnings, saying such claims are far-fetched, nothing more than ‘clickbait headlines,’ something that ‘can’t ever happen,’ etc.

It took awhile, but we have finally been vindicated, and we have leading 2020 Democratic presidential contender Joe Biden to thank for it.

In the wake of a pair of mass shootings — one in El Paso, Texas, and another in Dayton, Ohio — last weekend, Biden and every other elected Democrat and Left-wing organization have, once again, targeted so-called “assault weapons” for banning, rather than call for allocating resources to find out why some of our citizens resort to acts of mass murder in the first place.

On Monday during an interview with CNN (where else?), Biden told host Anderson Cooper that gun owners would have every reason to be worried under his administration, the “right to keep and bear arms” notwithstanding, Big League Politics reported.

As if he knew already what Biden’s answer was going to be (surprise!) Cooper began his interview with this statement, “So to gun owners out there who say well, a Biden administration means they’re going to come for my guns.”

To which Biden responded, “Bingo! You’re right if you have an assault weapon.” (Related: California Democrat spills the beans, says ‘gun confiscation’ is the ultimate goal to ‘prevent all gun violence.’)

When asked about gun owners who say a Biden administration would confiscate their guns:

“BINGO!, you’re right, if you have an assault weapon.”

“The fact of the matter is they should be illegal, period,” Biden continued. “Look, the Second Amendment doesn’t say you can’t restrict the kinds of weapons people can own. You can’t buy a bazooka. You can’t have a flame thrower. The guys who make these arguments are the people who say, ‘The tree of liberty is watered with the blood of patriots. We need the protection against the government.’”

Democrats have long wanted to confiscate our guns

Continuing, he said he would “institute a national buy back program” to get “assault weapons” out of the hands of all Americans — including the 99.9999 percent of us who would never dream of using any weapon to shoot up a Walmart store or a bar.

But knowing that the phrase“assault weapon” is extremely vague, it isn’t hard to imagine that a Biden regime would scoop as many rifles into the category as possible.

“Right now there is no legal way to deny them the right if they legally purchased them but we can in fact make a major effort to get them off the street and out of the possession of people,” Biden continued.

The former vice president is both ignorant of history and disdainful of the Constitution.

First off, the Second Amendment very clearly states that government cannot restrict the kinds of arms people can own. Period. While the former VP used the term “weapons,” the amendment only mentions “arms” — the common vernacular being ‘firearms.’ But in the early days of our republic, privateers not only could own all sorts of “arms,” they did — that included cannon and, later, Gatling guns (Union commander Benjamin Butler privately purchased 12 Gatling guns for $1,000 each early in the Civil War).

Gun control is a fairly recent legislative phenomenon, beginning in earnest in the 20th century with the National Firearms Act of 1934, which banned ownership of sawed-off shotguns (under 18 inches), private possession of machine guns (without a special license from the government), and silencers, among other provisions. A constitutionalist’s reading of the Second Amendment would find that this law, and subsequent gun control laws, are all unconstitutional.

As an “assault weapons ban” would be. But the most disturbing aspect of Biden’s confiscation plan would be the need to send armed federal agents into private homes to retrieve ‘banned’ guns. That would get ugly in a hurry, and it would be patently unconstitutional.

To be sure, however, Biden is only vocalizing what all Democrats have wanted to do since Sen. Dianne Feinstein fantasized about it in the mid-1990s: Confiscate them all.