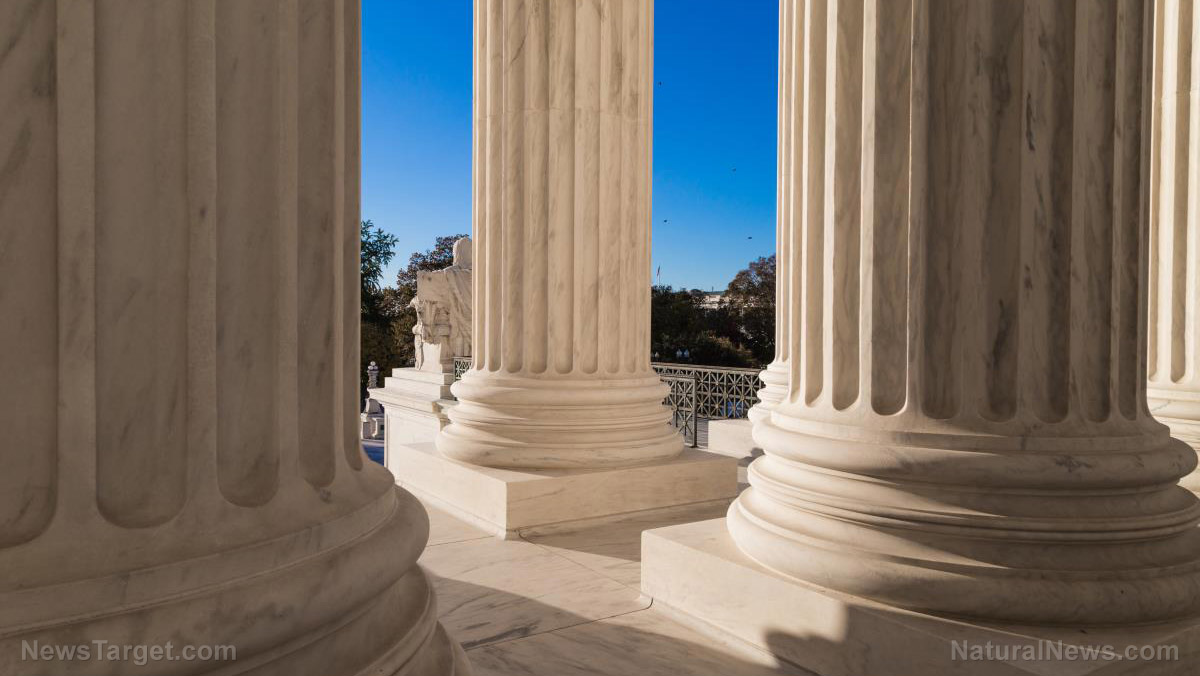 Those of us who have been following the “Spygate” scandal from the beginning are well aware that the FBI, under then-Director James Comey and then-Deputy Director Andrew McCabe, was corrupt and in the pocket of Barack Obama and the Deep State.

But we continue to be shocked by just how corrupt these people really were and the lengths they went to so they could deny Donald Trump his rightful place in the Oval Office after beating Hillary Clinton fair and square.

Earlier reports noted that the FBI relied primarily on the so-called “Russia dossier” composed by former British spy and bureau asset Christopher Steele to obtain a number of warrants from the secretive Foreign Intelligence Surveillance Act (FISA) court to spy on a member of the 2016 Trump campaign, Carter Page.

We know that the campaign of Hillary Clinton and the Democratic National Committee paid for the dossier. We know the money was funneled to opposition research firm Fusion GPS through a Democrat law firm Perkins Coie.

Until now, however, we weren’t certain that the FISA warrants issued by the court were all illegal — that is, they were issued under false premises.

Joe diGenova, a former federal prosecutor and current D.C. lawyer who has been keeping track of the unfolding Spygate scandal, told WMAL radio in the nation’s capital that it was a mistake for CNN to hire McCabe as an “analyst” because he was fired for lying, repeatedly, to FBI and Justice Department officials (he was also referred for criminal prosecution — where is that at this time?)

What’s more, he said that the NSA “has all of Hillary Clinton’s deleted emails” — more than 30,000 of them, many containing highly classified emails — because the spy agency “has everyone’s emails.”

And while the agency, by law, cannot actually look at all of the intercepts that come through its “switches,” diGenova said, they are available for any investigative federal agency to subpoena with a proper warrant. He added that he’s surprised the FBI didn’t go get Clinton’s emails when agents were supposedly ‘investigating’ her illegal mishandling of classified information.

But regarding the FISA warrants, diGenova actually broke some news. (Related: Spygate bombshell: Key “Russian” agent, Joseh Mifsud, actually turns out to be a CIA asset.)

It is seriously time to indict some people

“For the record, I can report categorically that the Inspector General has found that all four FISA warrants were illegal. They were based on false information supplied to the FISA court. And Michael Horowitz has concluded that all four FISA warrants were illegal,” he said, in reference to the fact that the bureau used the bogus Russia dossier, none of which was verified by agents before it was used.

Filing false information with the FISA court is illegal. As attorney Stewart Baker wrote at the Lawfare blog in February 2018:

As a matter of fact, there isn’t much doubt that the FISA Court has plenty of authority to investigate and punish Justice Department and FBI officials who have filed misleading pleadings.

Indeed, Baker noted, the court did just that about 17 years ago, which he wrote about at the time. In particular, the FISA court’s chief judge at the time, Royce Lamberth, who was appointed by Ronald Reagan, sanctioned an FBI agent because the agent allegedly used false information to secure a FISA warrant against a terrorist suspect, which is “a felony under federal law.”

Baker claimed that action chilled relations “between law enforcement and intelligence, just as the 9/11 plot was going operational” (Lamberth was chief judge of the FISA court 1995-2002).

Perhaps, but look what has happened since. It’s obvious to any reasonable person that the Obama Administration employed the deep state intelligence and federal law enforcement apparatuses for naked political purposes, even going so far as to lie to a highly sensitive and secretive court.

That’s not the court’s fault. The blame rests with Obama and his sycophantic NeverTrumpers. Maybe some indictments will finally send the message that politicizing our institutions is a sure path to a prison cell.