Detective who led Epstein investigation died after “brief illness” at 50 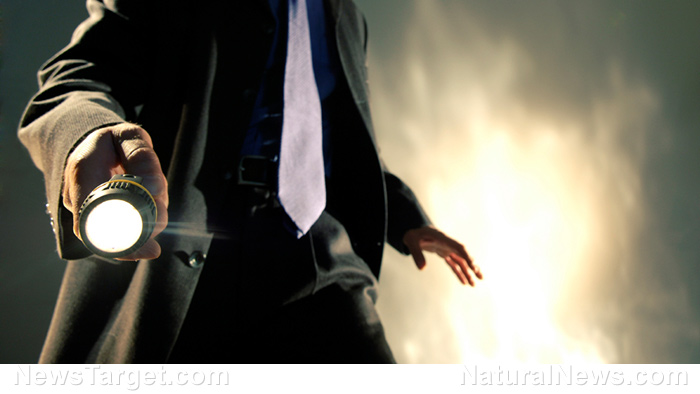 Again, another story that didn’t quite make it into the mainstream news’ narrative involving Jeffrey Epstein.  In June of last year, decorated former Palm Beach detective Joseph Recarey died after a “brief illness” at the age of 50, and that’s basically all we know, but do a search for him and you’ll barely see anything in the mainstream media, or even alternative media about his death.

In 2018, The Palm Beach Daily News reported on his death, but there wasn’t much to report concerning the cause.

Joseph Recarey, a former Palm Beach detective who had a knack for making others smile, who tackled the island’s largest and most important investigations, and who cared deeply for his family and friends, died Friday, May 25, 2018, after a brief illness. He was 50.

Recarey was one of the most decorated police officers in the history of the department with more than 150 commendations, 11 officer-of-the-month awards and a 2013 Palm Beach Police Foundation Officer of the Year award, Reiter said. He worked in several units, including the Organized Crime Vice and Narcotics Unit and the Palm Beach County State Attorney’s Public Integrity Unit. He was a lead detective in many major investigations, including the high-profile solicitation-of-minors case against billionaire Jeffrey Epstein.

No other information about the cause of death was released.

In reading the account, it seems ironic that it is mentioned that Mike Mason, one of Recarey’s closest friends and a former Palm Beach police officer, said he “last saw Recarey on a recent Thursday. Recarey took off work the next day to spend time with his family.”

Now, the story was printed on a Friday, but I’m not sure if “recent Thursday” would apply to the previous day or possibly another Thursday in the past week or two.

Regardless, all we know is he had a sudden, brief illness and died as a result at the young age of 50.

Recarey was just one of two people willing to put his career on the line to go after Epstein.  Palm Beach Police Chief Michael Reiter was the other man that joined him

The Seattle Times reported on the two men and the work that took place in the case and the revelations that Reiter and Recarey brought to light.

For Reiter, business tycoon Jeffrey Epstein wasn’t any more formidable than any of the other 8,000 or so wealthy and powerful people living on the island. Police had handled sensational cases involving wealthy residents before — from the murders of heiresses to the rape case involving William Kennedy Smith, of the Kennedy family.

The easternmost town in Florida, Palm Beach is a 10.4-square-mile barrier island between the Intracoastal Waterway and the Atlantic Ocean populated by some of the richest people in the country. President Trump has his “winter White House” in Palm Beach, and the town makes news as much for its glitz as it does for its unusual efforts to preserve its well-mannered image, like banning shirtless joggers.

But it was a little surprising, even to Reiter, to learn that one of its residents had a revolving door of middle and high school girls coming to his gated compound throughout the day and night.

In their first media interviews about the case, Reiter and Recarey revealed new details about the investigation, and how they were, in their view, pressured by then-Palm Beach State Attorney Barry Krischer to downgrade the case to a misdemeanor or drop it altogether.

The piece is worth your time to read, not just for the information the two men provided, but also regarding how they were being followed, their trash was disappearing and political pressure that was brought to bear on them, along with what they were discovering in terms of physical evidence.

Read more at: TheWashingtonStandard.com and Conspiracy.news.