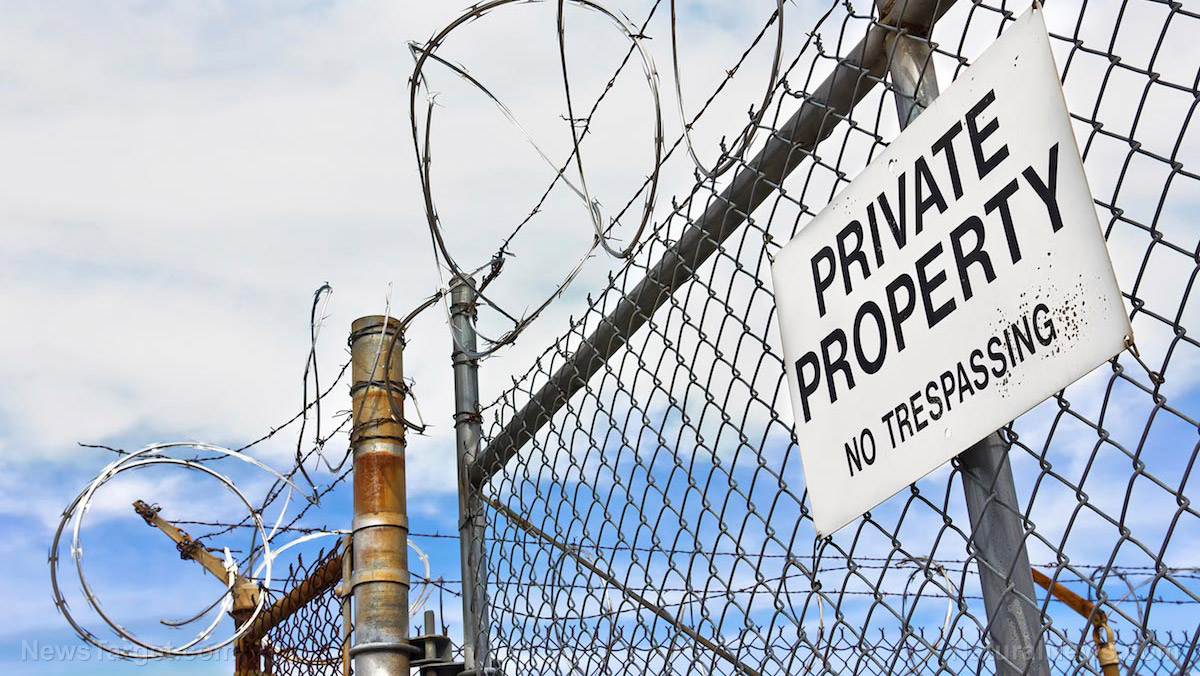 Private property rights were challenged time and time again during the Obama Administration. The Obama Administration used both the Bureau of Land Management (BLM) and the Environmental Protection Agency (EPA) as weapons to steal property from individuals and to convert state land over to the ownership of an all-powerful federal government. Many would argue that this plot was influenced by the United Nation’s (U.N.) Agenda 21, which was sold under the guise of “sustainable development” of natural resources – an idea that Obama sympathized with.

As law and order is restored under the Trump Administration and as state sovereignty is respected again, judges are declaring these land grabbing, Obama-era rules unconstitutional while restoring the private property rights of individuals and returning land back to the states.

Under Obama, the EPA adopted the “waters of the United States” (WOTUS) rule to violate state sovereignty. The rule allowed the federal government jurisdiction over all property that is adjacent to any body of water. By the end of the torrid Obama administration, ten states had begun to challenge Obama’s land grab maneuver. U.S. District Judge Lisa Godbey Wood has ruled that Obama arrogantly disregarded the constitutional balance of powers between the states and the federal government.

Wood wrote, “The court finds that both because of its combination with tributaries and the selection of over-broad geographic limits without showing a significant nexus, the adjacent waters definition in the WOTUS rule is unlawful under Justice Kennedy’s Rapanos opinion.”

“Most importantly,” Wood states, “that significant increase in jurisdiction takes land and water falling traditionally under the states’ authority and transfers them to federal authority.”

The American Farm Bureau Federation (AFBF) was excited about the new ruling. “The court ruling is clear affirmation of exactly what we have been saying for the past five years,” AFBF General Counsel Ellen Steen said. “The EPA badly misread Supreme Court precedent. It encroached on the traditional powers of the states and simply ignored basic principles of the Administrative Procedure Act when it issued this unlawful regulation.”

Obama’s WOTUS rule violates the Fifth Amendment of the U.S. Constitution, which requires that no “private property be taken for public use, with- out just compensation.” Obama’s unconstitutional land grab resulted in the persecution of rural private property owners in multiple states. The WOTUS rule gave the EPA sweeping power to dictate what property owners could do on their own property. Some property owners were attacked by the federal government for simply building ponds, irrigating, or collecting rainwater. Under Obama’s tyranny, landowners were forced to spend thousands of dollars on legal fees and submit to federal permitting just to start a project on their own land.

The Trump Administration has gone to bat for landowners across the United States by forcing the EPA to clearly define “waters of the United States.” Republican Senators Joni Ernst (R-IA) and Mike Braun (R-IN) introduced a bill to define the WOTUS Act, “The Obama-era WOTUS rule threatened Iowa’s farmers, manufacturers, and small businesses by giving the federal government authority to regulate water on 97 percent of land in our state,” said Senator Ernst. Congress can make sure that the WOTUS rule is properly defined for years to come so that Trump’s progress on the matter is made permanent, to protect the livelihood of Americans from future government overreach.