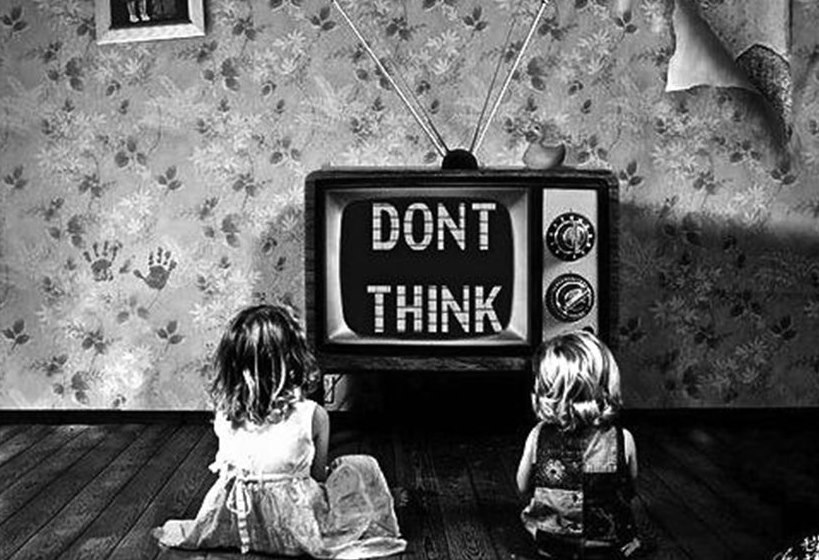 Somewhere between the arrest of Jeffrey Epstein and his extremely suspicious death in a Department of Justice operated prison, the public learned that an FBI intelligence bulletin published by the bureau’s Phoenix field office mentioned for the first time that conspiracy theories pose a domestic terrorism threat. This was followed up last week by a Bloomberg article discussing a new project by the U.S. military (DARPA) to identify fake news and disinformation.

Fake news and social media posts are such a threat to U.S. security that the Defense Department is launching a project to repel “large-scale, automated disinformation attacks,” as the top Republican in Congress blocks efforts to protect the integrity of elections.

The Defense Advanced Research Projects Agency wants custom software that can unearth fakes hidden among more than 500,000 stories, photos, videos and audio clips. If successful, the system after four years of trials may expand to detect malicious intent and prevent viral fake news from polarizing society.

Recall that after the 2016 election, focus was on social media companies and we saw tremendous pressure placed on these platforms by national security state politicians and distressed Democrats to “do something” about the supposed fake news epidemic. Fast forward three years and it’s now apparently the U.S. military’s job to police human content on the internet. This is the sort of natural regression a society will witness so long as it puts up with incremental censorship and the demonization of any thought which goes against the official narrative.

Before we dissect what’s really going on, allow me to point out the glaringly obvious, which is that politicians, pundits, mass media and the U.S. military don’t actually care about the societal harm of fake news or conspiracy theories. We know this based on how the media sold government lies in order to advocate for the Iraq war, and how many of the biggest proponents of that blatant war crime have gone on to spectacularly lucrative careers in subsequent years. There were zero consequences, proving the point that this has nothing to do with the dangers of fake news or conspiracy theories, and everything to do with protecting the establishment grip on narrative creation and propagation.

The worst kinds of crimes are those which impact millions of people, but we never properly prosecute those crimes because it's billionaires and governments who commit them.

The above tweet summarizes what’s really going on. It’s a provable fact that the harm caused by some crazy person reacting to viral “fake news” on social media doesn’t compare with the destruction and criminality perpetrated by oligarchs like Jeffrey Epstein, or governments which destroy entire countries and murder millions without flinching. It’s the extremely wealthy and powerful, as a consequence of their societal status and influence, who are in a position to do the most harm. This isn’t debatable, yet the U.S. military and media don’t seem particularly bothered by this sort of thing. What really keeps them up at night is a realization that the powerless masses of humanity are suddenly talking to one another across borders and coming to their own conclusions about how the world works. You’re supposed to be told what to think, not to think for yourself.

This is what the power structure’s really worried about. It’s terrified that billions of people are now in direct, instantaneous communication with one another and thinking independently about world events. The mass media’s freakout over the election of Donald Trump was never rooted in concerns about the man and his specific policies. What really bothered them was his election proved they no longer matter. Enough people simply ignored the media’s instructions to suck it up and go vote for Hillary Clinton. This repudiation and loss of control was devastating and terrifying for U.S. media personalities and their bosses.

At this point, it’s important to note that what’s happening is exactly what you’d expect after half the people on earth come online and start talking to one another in the midst of an oligarch-fueled epidemic of gangsterism masquerading as democratic government. The advent of the internet created the conditions for cross-border, near instantaneous, peer-to-peer human communication for the first time in history.

We’re still in the very early stages of discovering what it means to live in such a world, but what you’d expect to emerge is precisely what we’ve seen. We see countless streams of diverse narratives emerging to explain what’s happening around us and how power really operates. Humans are no longer accepting the narratives force-fed to them via mass media channels, and are instead talking directly to one another and creating their own narratives. This is exactly how it should be.

Meanwhile, into this increasingly disruptive environment comes the Epstein affair, which I consider another major inflection point in the public’s increased and justified cynicism about the establishment. While the mass media swallows the increasingly clownish official story hook, line and sinker, the public simply isn’t buying it according to recent polls. The most recent one from Emerson College showed that more people think he was murdered than think he committed suicide.

“For most of the last 50 years, 60-80% of the country believe in some form of JFK conspiracy theory.”

Similarly, more people think Epstein was murdered than think he committed suicide, yet mass media pretends these are fringe views. They are not fringe, they are mainstream. pic.twitter.com/a4kDBVucbH

Alternative narratives are openly, and often successfully, competing with the spoon-fed narratives of mass media. Increased numbers are coming to understand that those who craft official narratives (government, mass media, billionaires) have their own interests, and those interests are typically not aligned with the interests of most people. There’s no reason to trust anything mass media or government says, because both groups are dominated by proven liars and war mongers. This obviously doesn’t mean you should believe everything you read online, but we must maintain perspective. Fake news from powerless citizens doesn’t compete with fake news from the government when it comes to disastrous consequences, yet the focus is always centered on the former and never the latter.

There’s a reason the U.S. military is suddenly talking about fighting fake news and disinformation, and the reason is the power structure is terrified of humans talking to each other and coming to their own conclusions. Moreover, this isn’t limited to an interpretation of world events. The emergence and success of Bitcoin represents a global movement of humans propagating an alternative narrative about money, how it could and how it should work. The longer human beings are allowed to freely talk to one another, the more likely they are to reject official narratives and shape society in a more sane manner. This represents an existential threat to the power structure. And they know it.

It’s also why CNN anchor Chris Cuomo instructed his viewers to not pay attention to those who were closest to Jeffrey Epstein.

Most of you understand CNN is status quo protecting garbage, but I need to highlight the following clip. This is by @ChrisCuomo, watch as he instructs viewers not to focus on who was close friends with Epstein. You cannot make this up:https://t.co/r02kK9wSrr

Now the good news. I think the cat’s already out of the bag. People aren’t going back to simply swallowing official narratives regurgitated by some television mannequin with makeup and an expensive suit who’s being paid by a billionaire. This doesn’t mean there won’t be a fight; in fact, we’re already in it.

Going forward, I suspect the narrative managers will more aggressively label anyone who doesn’t toe the official line as somehow linked to or sympathetic with foreign governments. They won’t offer any proof, but they’ll claim it authoritatively. This will become an increasingly potent weapon as governments begin to more intensely scapegoat foreign nations as the root of all our problems. We’ve already seen this since the 2016 election, but I expect it to increase in frequency and force.

As such, it’s going to be increasingly important for all of us to retain control of our minds and emotions as much as possible. We must never forget the importance of critical thinking, and must adamantly defend the right of humans to talk to one another freely and come to our own conclusions. We must never forget how preposterous it is to assume media giants owned by billionaires have any interest in telling us the truth about anything.

So keep writing, keep talking, keep thinking and never lose sight of the big picture. We have the power to create our own narratives, and with it, a much better future for generations to come.