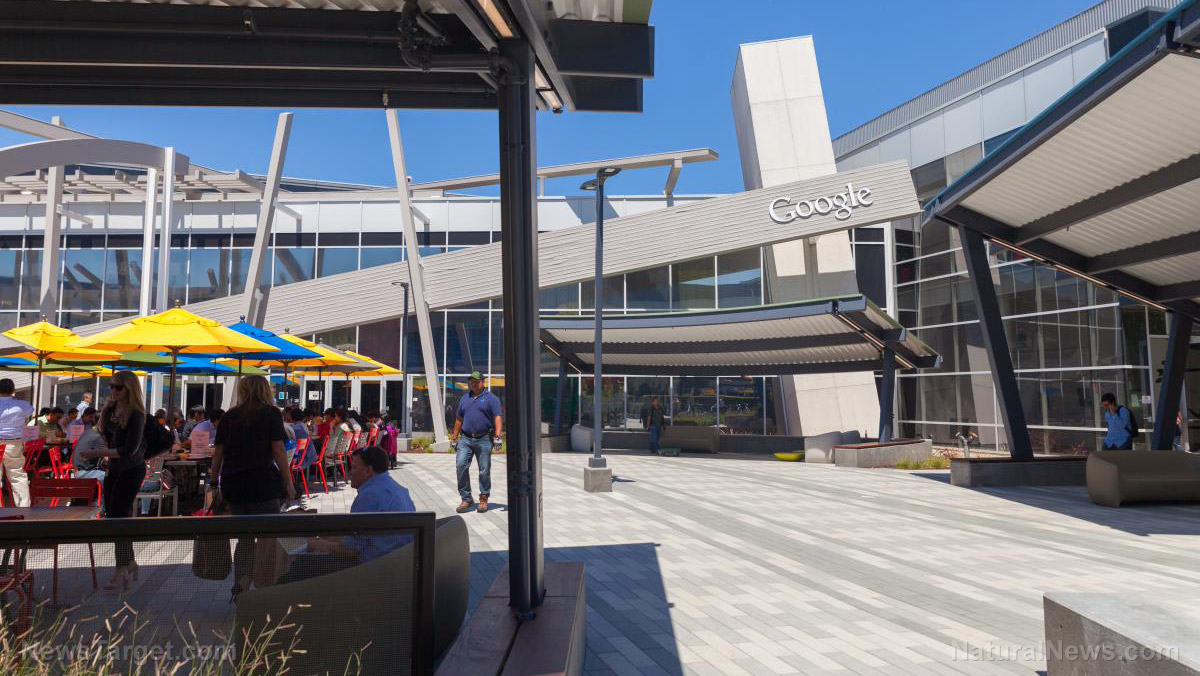 If you needed more proof that the insane Left can never be insane enough for even its most extreme supporters, here you go.

Even casual readers of political news and views know that the social media giants Facebook, Google, Twitter, and YouTube have been censoring conservatives and pro-Trump supporters for more than a year — with the objective of silencing opposition ahead of the 2020 election and swinging as many votes toward Democrats as possible.

The Left will do anything to gain power — lie, cheat, beg, borrow, steal, change the rules, etc. It doesn’t matter. Nothing is out of bounds for them when it comes to being in charge.

One of their biggest pet peeves is “human-caused climate change” — that mistaken view that humans are causing the planet to “warm” and the climate to be altered simply by living a modern life.

There is no proof for that claim, mind you, only theories and “computer models.” No evidence whatsoever. In fact, much of what has been touted as “evidence” was fabricated. (Related: Over 30,000 scientists say ‘Catastrophic Man-Made Global Warming’ is a complete hoax and science lie.)

The social media companies, Left-wing enclaves every one, have been all about pushing the climate change lie. They punish anyone who questions the religion-like belief in human-caused climate change by ‘fact-checking’ their stories, censoring the content, or banning users altogether.

But apparently this Left-wing climate change alarmism isn’t Left-wing or extreme enough for many of the goofball socialists employed by these social media and technology giants.

As Breitbart News reports, Google, Amazon, and Microsoft are planning to walk off the job Sept. 20 as part of a global warming protest.

The climate change protests are set to take place on Friday in 150 countries around the world, sending a message to leaders who are set to meet Monday, Sept. 23 for the 2019 Climate Action Summit. A second wave of protests is also scheduled for Sept. 27.

Google workers will be joining workers from Amazon, Microsoft, and more in the Global #ClimateStrike. Give @GoogleWAC a follow to stay up-to-date! They've got more details coming. #GWAC 🥑 https://t.co/WGsroA1vO2

Google Workers for Action on Climate Change confirmed in a tweet that its members were planning to attend the protest but it’s not clear how many will actually show up.

After all, it doesn’t get any more loony than this. Not only does Google censor climate change “deniers,” the company wouldn’t exist as a technology behemoth without fossil fuels to power the electric plants the feed into its massive Silicon Valley campus.

The thing about Google is that the company really does employ some brilliant minds, and yet they can’t figure out that virtue signaling against the very industry that indirectly provides you with employment — power companies — makes no sense whatsoever.

If the United States were to ever adopt the ridiculous “Green New Deal” pushed by former bartender and now Congressman (but not climate scientist or engineering major) Alexandria Ocasio-Cortez (D-N.Y.), there won’t be any Google. Or Amazon. Or Microsoft. Or any technology company. They’ll all cease to exist, as will virtually every other modern industry, because there won’t be any fuel-fed power companies feeding them electricity.

Oh, and you also have to wonder how many of these supposed geniuses will go to work the morning of the climate change protest in a fossil-fuel-powered vehicle.

Let’s face it — it’s much easier to claim publicly that you’re all for destroying modernity in pursuit of a social and political objective. But in real life, we’re betting precious few ‘climate conscious’ Googlers will want to live the kind of life they are advocating: A stinky, sweaty, 18th century existence where you bake in the summer, freeze in the winter, and can’t live further than a bike ride away from your job.