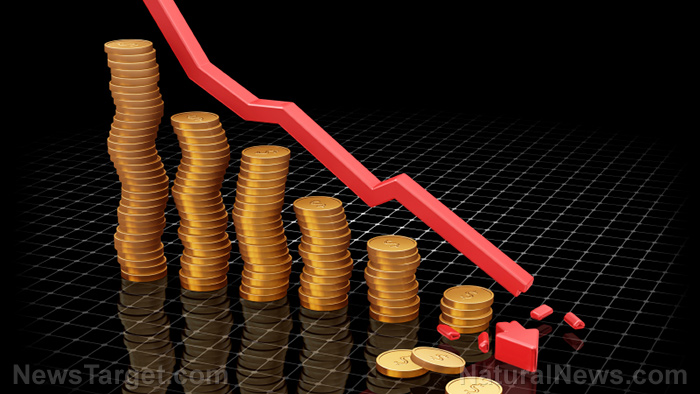 A new in-depth analysis of the WeWork, a “shared workspace” company that is outlandishly overvalued, is built on fraud, deceit, and shameless fake marketing campaigns that are sure to end in miserable failure.

According to a lengthy assessment of WeWork by Henry Hawksberry, a company founded by Adam Nuemann & Miguel McKelvey, it is in no way, shape, or form a “technology company,” though it is often referred to as such.

Claiming as much “is one of the many indicators that illustrate how Adam & Miguel intentionally seek to mislead and defraud existing & potential future retail investors,” writes Hawksberry.

But it’s easy for people to assume that. After all, according to one definition of the company, it provides shared workspaces for technology startup subculture communities, as well as services for entrepreneurs, freelancers, startups and small-to-large businesses. (Related: Leftist tech companies suffer from the same delusion as leftist ideology: It’s all hype, fiction and bulls##t, packaged as consensus reality.)

How fraudulent is WeWork? Let us count the ways

That’s as close as it gets to a ‘tech’ company though. Here’s what else Hawksberry found in his deep dive of the company’s fraudulent practices:

— The company posts full-year invoices for the year ahead as a way of inflating their revenues. At that point, the company then “heavily” discounts the invoices they have already raised “and treat them as expenses.” Then, they pay off the broker that secured the lead 100 percent (industry standard is 10 percent), but the discounts and the 100 percent commission payments don’t appear in the company’s financial sections since they are “community adjusted.”

— The company has invented “a brand-new accounting principle” in order to hide big costs including fit-outs and marketing. “This is another strong indicator,” writes Hawksberry, “they are hiding actual losses to mislead, knowingly.”

— None of the company’s buildings (where there is shared office space) are anywhere near full and “they are already experiencing falling occupancy rates.” Why? The customer service isn’t very good, apparently.

— Another similar company — Regus — is engaged in legal action against WeWork for allegedly “poaching customers.” They aren’t the only ones who have accused WeWork of resorting to underhanded tactics to steal customers.

— “Adam & Miguel have already collectively cashed out in excess of $1 billion in loans, royalties, salaries to extended family, private jets and who knows what other instruments” such as selling the We trademark back to WeWork for $6 million after it was secretly bought.

— The founders have seemingly bilked the company out of enough funds “to set up their grandchildren for life.”

— Adam’s wife, Rebekah, persuaded Masayoshi Son, a billionaire and CEO of SoftBank, to invest $100 million in her own pet “future of education” project, WeGrow.

— Hawksberry believes that the founders are positioning themselves for a bailout on the company once the IPO launches, since they’ve already allegedly extracted nearly $1 billion from it.

— It is claimed that WeWork is worth $47 billion but that figure is far too high, he argues, and purposely so, in order to convince others to put money into it.

— Both Adam and Miguel have regularly been “way off” on their income and profit forecasts that were made in their original pitch to investors, Hawksberry notes. Rather than profits of $1 billion or so in 2018, the company actually lost something like $4 billion accumulated between 2014 and 2018. Even Bloomberg reported that the company slashed its earnings forecast 76 percent, based on the account of a whistleblower.

“Where has that $14 billion gone?” Hawksberry writes.