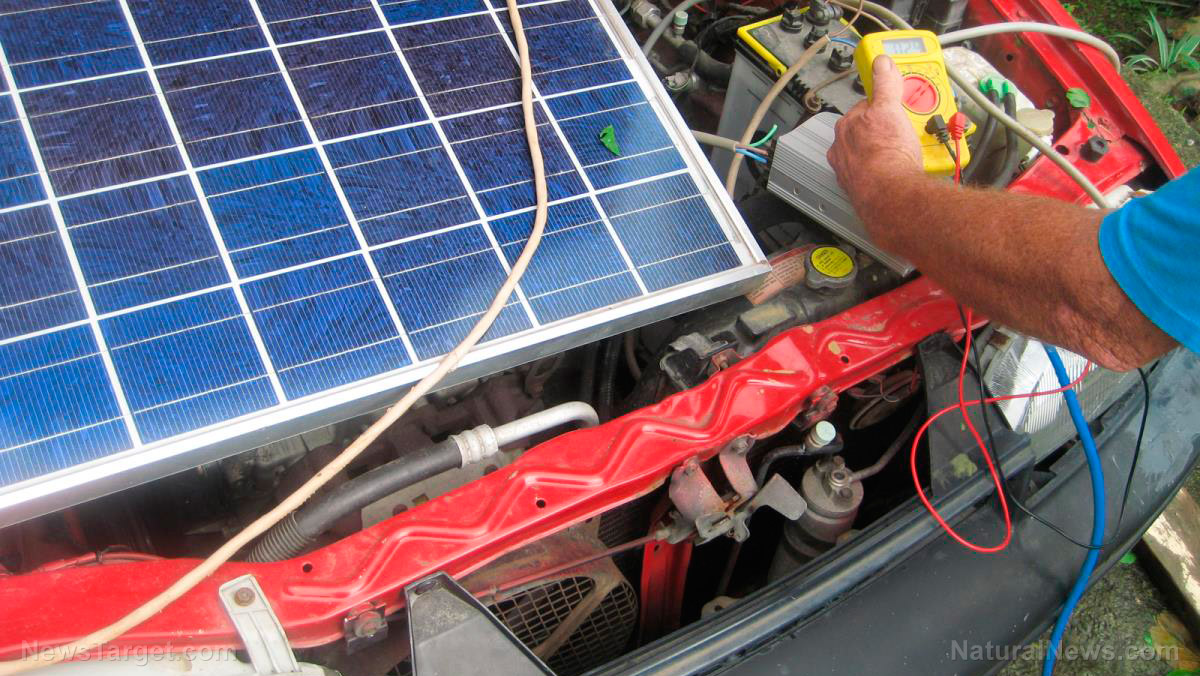 Solar panels are largely a scam.

And over the last week, thousands of solar panel owners in California are colliding with that sobering reality as they realize solar panels don’t work when the power grid goes down.

That’s because nearly all residential and commercial solar systems are “grid-tie” systems that feed power to the grid, not to your home or business. And when the grid goes down, your solar panels stop working, too.

That’s a far cry from what buyers of solar panels have been promised. “[M]any are learning the hard way the systems won’t keep the lights on during blackouts,” warns Bloomberg News. “…[S]ystems are tied into the grid, and the vast majority aren’t working this week as PG&E Corp. cuts power to much of Northern California to prevent wildfires.”

Even when solar panels do work, they’re still largely a scam. Power companies like PG&E rip off solar owners by charging much higher rates for electricity delivery than what they credit you for “uploading” watts from your solar panels. So while your panels are providing power to the electricity company at a discounted rate, that same company is still charging you retail rates for the power you use.

Furthermore, solar panels lose as much as 30% of their effectiveness when they aren’t regularly cleaned, meaning the actual power delivered is far less than what the panels claim to deliver.

Even more shockingly, climate alarmists are now pushing plans to dim the sun by polluting the stratosphere with particulate matter to reflect sunlight away from Earth. One program funded by Bill Gates and run by Harvard scientists is called SCoPEx. If fully deployed, it would diminish the power generation capabilities of all solar panels around the world.

It would also deprive food crops and rainforests of the solar energy they need to thrive, resulting in global food shortages and worldwide famine.

As the biosphere collapses from geoengineering, the fact that your ripoff solar panels aren’t working may be the least of your problems, as there won’t be much food remaining in the grocery stores, either.

That might be the correct time to set fire to your Tesla car, if it hasn’t spontaneously burst into flames all by itself.

If you’re thinking of investing in solar power, think twice. We’ve built commercial solar projects at our offices in Arizona and other states, and these systems have experienced more problems than benefits.

The SMA Sunny Boy solar inverters, in particular, are a total joke. They cost thousands of dollars each but in our experience, their only function seems to be producing random, cryptic error messages that no one in the solar industry can understand. After two years of attempting to solve the problem, spending tens of thousands of dollars, we finally just ripped the Sunny Boys out of the entire system and went to a completely different brand of solar equipment. The Sunny Boys are now lying on the floor, collecting dust.

The financial losses from the fiasco were far greater than anything we ever saved by producing our own solar power. It would have been cheaper to just buy power from the grid.

Solar panels are also made using “dirty minerals” mined in communist China and other nations where slave labor is routinely used in mining operations. If you think solar energy is clean and green, you have no idea where the metals and minerals to make solar panels actually come from.

If you’re buying solar panels to power your home or business, you’re being suckered into a total scam. They rarely work as promised, and you’ll never recoup your investment in terms of savings.

Oh, and they don’t work when the grid goes down, either.

Watch this video to learn the truth about the California blackouts and why PG&E really shut off the power, killing people in the process:

Stay informed about the power grid at PowerGrid.news.