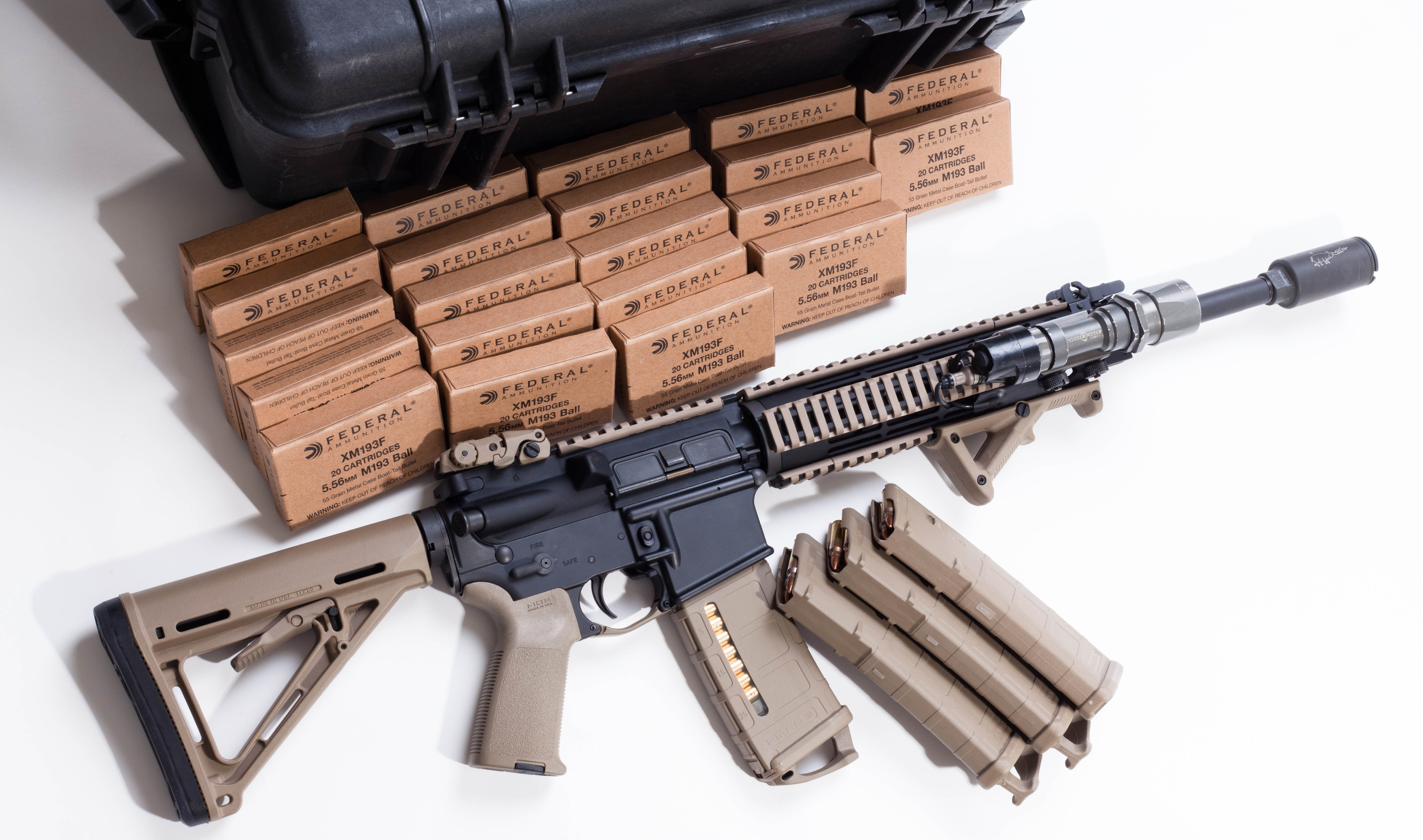 When was the last time you heard that the Bureau of Alcohol, Tobacco, Firearms, and Explosives and the Justice Department allowed a case against an illegal gun manufacturer to essentially be dropped and the obviously guilty party avoid prison time?

Probably never, but in fact, this has happened — twice in the past few years.

As reported by CNN (yes, that CNN) and The Truth About Guns, Los Angeles-area resident Joseph Roh had been selling “illegally manufactured AR-15-style” rifles out of a warehouse south of the city for years.

Many of his customers were not legally permitted to buy or possess firearms, but at the warehouse he taught them and other customers how to essentially assemble an AR-15 by pushing a button and pulling a lever. They would leave with an untraceable rifle for somewhere around $1,000, court records show.

For years, the ATF watched and monitored Roh. He was even visited by ATF agents and warned that he had better discontinue his little empire or risk arrest. He didn’t and, eventually, he was arrested.

However, “five years after raiding his business and indicting him, federal authorities quietly cut a deal with Roh earlier this year and agreed to drop the charges. Why?” CNN noted.

Is it true what Democrats say about President Trump — that he’s “lawless” and doesn’t want to see certain statutes enforced? Hardly. The government agreed to let Roh walk because the government essentially had no choice.

The judge in the case had issued a tentative order that, in the eyes of prosecutors, threatened to upend the decades-old Gun Control Act and “seriously undermine the ATF’s ability to trace and regulate firearms nationwide.”

Suddenly, a case that prosecutors once believed would go a long way towards cracking down on illicit gun manufacturing sort of slipped through their hands. What’s more, no one really wanted to make a big deal out of letting Roh go.

Federal officials decided they’d rather let Roh walk instead of expose a huge flaw in federal law regarding AR-15s.

As The Truth About Guns notes:

As you probably know, the only part of an AR-15 that’s legally considered a firearm is the lower receiver. That’s the part that’s serialized and requires a background check to purchase (unless you buy an 80% lower and finish it yourself, but that’s another story).

Roh’s attorney, Gregory Nicolaysen, cited the federal statute that describes what, legally speaking, constitutes a firearm when he argued Roh’s case before a judge during a bench trial in 2018. (Related: FBI data shows 5 times more people killed by knives than rifles last year.)

Under U.S. Code, a firearm frame or receiver is defined as, “That part of a firearm which provides housing for the hammer, bolt or breechblock, and firing mechanism, and which is usually threaded at its forward portion to receive the barrel.”

In Roh’s case, the lower receivers didn’t have a bolt or a breechblock and isn’t actually threaded to the barrel — so he couldn’t really be prosecuted under a gun law because the ATF’s interpretation of federal firearms law is incorrect in deeming AR-15 lowers as ‘legal firearms.’

As such, prosecutors reached a plea deal with Roh: No prison time in exchange for a guilty plea to the charge against him — but, if he stays out of trouble, the charge goes away in a year and thus, he’ll have no criminal conviction while serving no time behind bars.

But Roh’s case isn’t the only one that federal prosecutors and the ATF allowed to quietly die. In July 2016, prosecutors in Northern California let go of a case against a convicted felon after a federal judge found the AR-15 lower he was accused of buying in an ATF undercover sting operations also didn’t meet the definition of a ‘receiver’ under the law.

TTAG notes the only way to fix this discrepancy is for Congress to change the law.