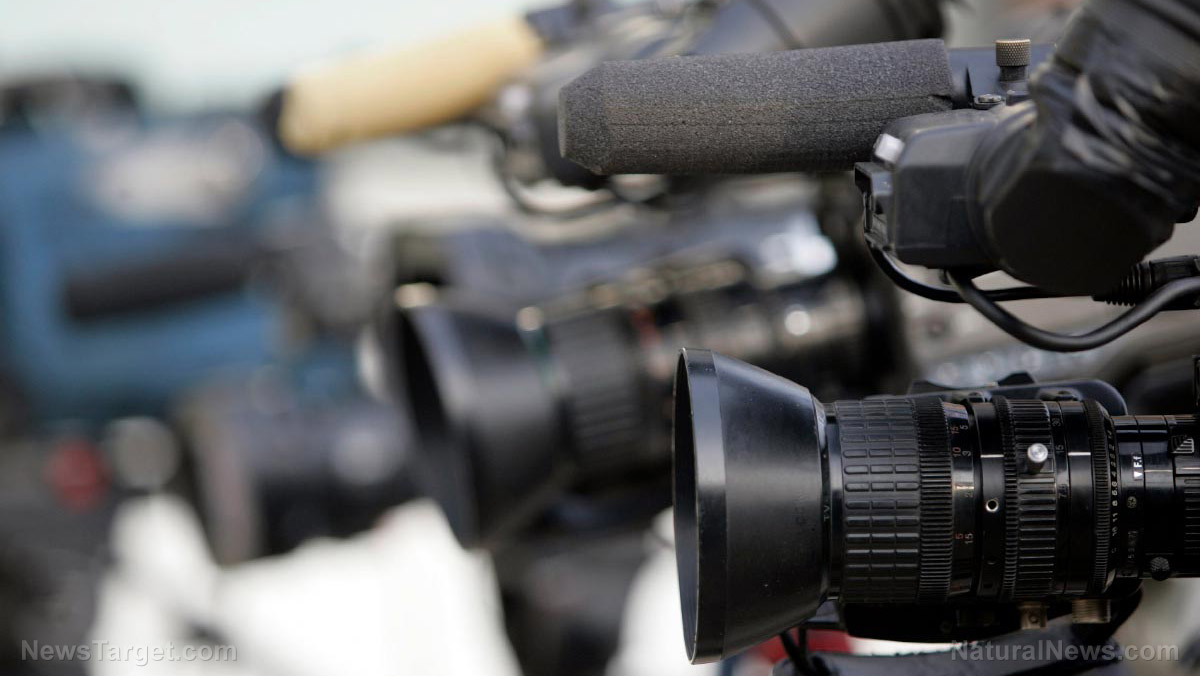 If you’ve ever listened much to conservative talk radio behemoth Rush Limbaugh, you’ve heard him play montages of media types all mouthing the same thing when it comes to how they discuss certain political issues.

How is that possible in a world where media organizations are ‘independent’ and competing against each other for viewers?

Well, it’s not possible if the various Washington establishment media outlets were truly independent or legitimately competing with each other for scoops and stories.

So that means only one thing: The so-called “mainstream media” is really just a singular entity, all pushing the same story for a reason: They are crafting a narrative they want us, the news consumers, to believe and adopt.

In the age of President Trump, the mainstream media has adopted a distinct bias against him — not just because he’s not a Left-wing Democrat, whom they prefer, but because he’s a different kind of conservative Republican: He’s not even from the Washington D.C. political establishment. And thus, he’s a bigger threat to the status quo they love and seek to protect.

Think we’re off-base here? Not at all. In fact, there is evidence to back up what we have asserted, thanks to the always fine work of the Media Research Center’s NewsBusters organization:

Television journalists these days sound so similar to Democrats on impeachment that it’s nearly impossible to tell them apart. Weeks before the impeachment inquiry was even announced, talking heads were passing off Democratic talking points as objective information about the President’s alleged wrongdoing.

Check out the media montage NewBusters put together:

That pretty much says it all, doesn’t it? How can that be accidental?

But there’s more to this story, as NewsBusters points out.

Bruni made an appearance on “CNN Newsroom” and Alberta appeared on MSNBC’s “11th Hour” to both assert that Vice President Mike Pence’s stated ignorance about President Trump’s conversation with the Ukrainian leader did not “pass the smell test” — just a day after the DNC published a press release that was titled, “Pence is an Accomplice to Trump’s Abuse of Power and his Denials Don’t Pass the Smell Test.”

Also, just after House Speaker Nancy Pelosi, on Oct. 4, made allegations that President Trump “betrayed” his “oath of office,” NBC’s Chuck Todd made exactly the same accusation on the “NBC Nightly News” broadcast as though it was his own viewpoint: “What [Trump] has admitted to in the last 48 hours is essentially violations of his oath to the Constitution.”

And as you hear in the video above, many in the mainstream media have claimed that Trump is involved in a “cover up.”

The fact is, the media and the Democratic Party are joined at the hip. That much should have been obvious before, but this video presentation makes it crystal clear.

So the only reasonable deduction we can make is that the media isn’t interested in reporting the news as it actually is, but instead is more interested in pushing certain narratives in order to help advance the political objectives of one party — the Democrat Party.

There is no evidence or proof that Trump has committed impeachable offenses. It’s all fabricated. Made up by the Democrat Party and parroted by their media allies.

That’s not the kind of relationship our founding fathers envisioned when they wrote freedom of the press into our Constitution; they envisioned a media that would hold elected leaders accountable, no matter what political ideology they supported.