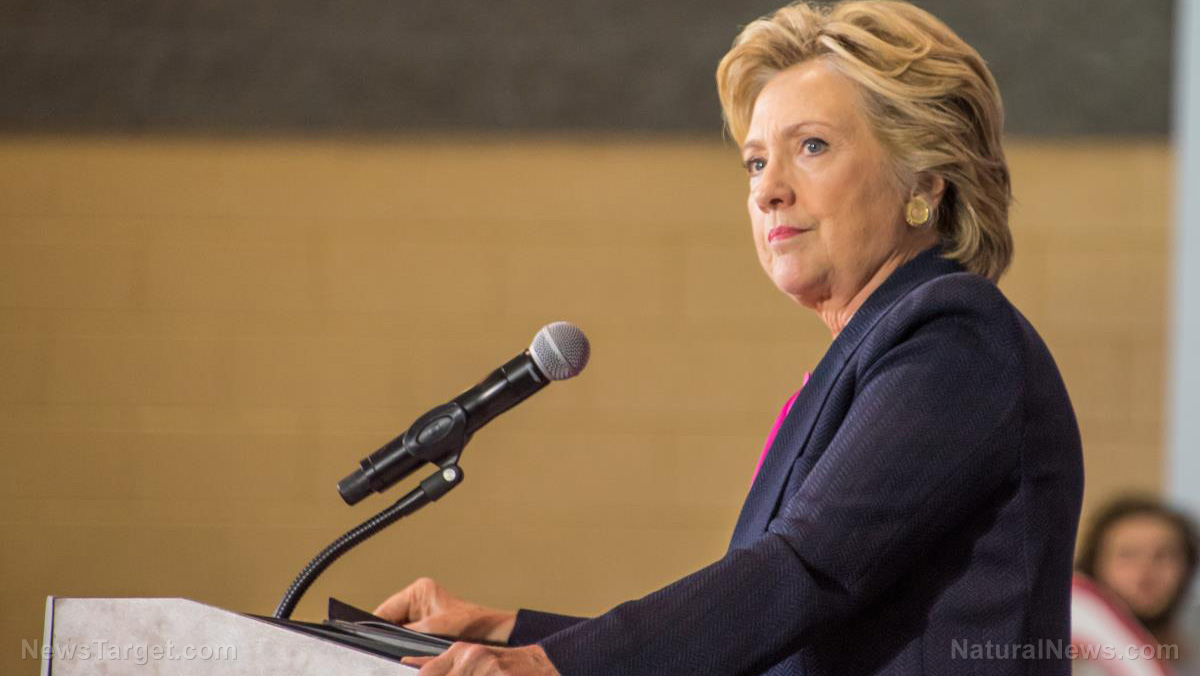 There hasn’t been much entertaining stuff to report when it comes to the gaggle of Democrats vying to become the party’s 2020 standard-bearer in what we believe will be a wasted effort in trying to knock off President Trump.

But Rep. Tulsi Gabbard of Hawaii just gave us one, and much to our sheer delight it came at the expense of the most criminally investigated Democratic presidential contender ever — Hillary Clinton.

Gabbard is not your stereotypical Democratic lawmaker or presidential contender. Yes, she has had plenty of negative things to say about President Trump, much of it unsubstantiated and some of it completely off-base in terms of foreign policy.

But as an officer in the Hawaii Army National Guard (she holds the rank of Major), a military police woman, and veteran, at least she has deployed to a combat zone and one where American forces spent far too much time — Iraq.

Do you know who hasn’t deployed to Iraq — or any combat zone, ever? Hillary Clinton and 99 percent of the ‘hawks’ in Congress who believe American troops should be sent to every single brushfire war and hot spot on the planet, then remain there until the end of time.

Gabbard doesn’t believe in endless war, and in this respect, she’s got the same view as President Trump who has been pilloried for days over his decision to remove all U.S. troops from Syria, where — after Obama put them in — they were only supposed to be for 30 days.

That was four years ago.

The Hawaii lawmaker has been suffering through the same kind of treatment as Trump when it comes to Syria. Like the president, she’s even been accused of being a “Russia asset” because the deep state narrative here is that any withdrawal by U.S. forces ‘helps Russia,’ even though Moscow’s forces have either been in Syria or supporting Syria since the Cold War. (Related: Tulsi Gabbard releases video calling for everyone across the political spectrum to unite and fight Big Tech’s censorship.)

But she suffered one insult too many — and from precisely the wrong person, Clinton — so she’s no longer remaining silent. In a tweet Friday, she verbally backhanded the former secretary of state and architect of the Benghazi disaster.

Earlier Friday, Clinton floated a conspiracy theory that the Russians are “grooming” Gabbard to become a third-party candidate in 2020, while “also” claiming 2016 Green Party nominee Jill Stein a Russia stoolie.

… concerted campaign to destroy my reputation. We wondered who was behind it and why. Now we know — it was always you, through your proxies and …

… powerful allies in the corporate media and war machine, afraid of the threat I pose.

It’s now clear that this primary is between you and me. Don’t cowardly hide behind your proxies. Join the race directly.

“Great! Thank you Hillary Clinton,” Gabbard tweeted. “You, the queen of warmongers, embodiment of corruption, and personification of the rot that has sickened the Democratic Party for so long, have finally come out from behind the curtain.”

Continuing, Gabbard excoriated, “From the day I announced my candidacy, there has been a concerted campaign to destroy my reputation. We wondered who was behind it and why. Now we know — it was always you, through your proxies and powerful allies in the corporate media and war machine, afraid of the threat I pose.”

She’s right, of course, and that should be obvious by now.

Whatever else we may disagree with Gabbard about, we are in complete agreement with her on this subject. We’ve been sending American troops to fight BS wars with no clear objective and no endgame strategy now since 2001 (and, really, before then). Now the Clinton-led deep state warmongers (in both parties) want to perpetuate another brushfire war, again in the Middle East — this time in Syria.

President Trump kept a campaign promise when he pulled our forces out of Syria. We expect he will continue to pull them out of other places where they’ve been for far too long, like Afghanistan.

Gabbard will support him in those efforts, and we thank her for that. And for putting Hillary Clinton in her place.