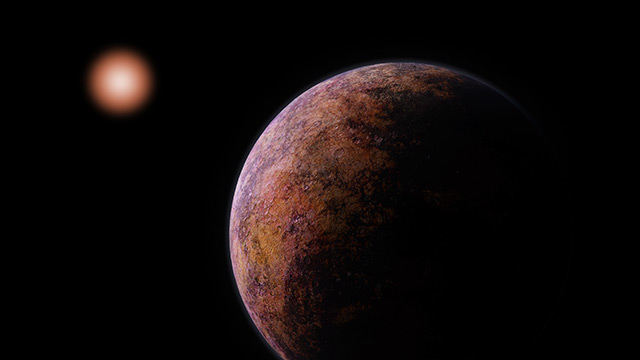 Planet hunters looking for habitable planets outside the solar system may save themselves time by ignoring younger stars. A European study has indicated that exoplanets around these stars are unlikely to sustain life because their hosts would have burned away their atmospheres.

If true, it would be a shame. The latest searches for exoplanets showed that thousands of Earth-like worlds might lurk around stars near and far. However, if their parent star is young and highly active, the planet is likely to be as airless and inhospitable as Mercury, the planet closest to our sun.

Led by the University of Vienna researcher Colin Johnstone, the European team devised a computer model of Earth-like exoplanets that orbit young stars. They placed the theoretical planet at a distance of one astronomical unit (AU) from its star, the same distance between the Earth and the sun (93 million miles or 149.6 million kilometers).

Young stars have the habit of releasing stupendous amounts of X-rays and UV rays. Both types of radiation are deadly to organic life. (Related: Do the rules of environmental protection extend to exoplanets beyond our solar system?)

A young star will destroy the atmosphere of its orbiting exoplanet

In the computer simulations, potentially habitable planets that orbited these stars often experienced the destruction of their atmosphere. The process took about a million years after the birth of the exoplanet.

Due to exposure to stellar wind that exceeded the sun’s solar wind, the atmosphere of the simulated exoplanet took the form of a “Parker wind” with transonic speeds. At its fastest, the air attained escape velocity and went into space.

“An Earth-like atmosphere cannot form when the planet is orbiting within the habitable zone of a very active star,” Johnstone wrote in a scientific paper. “Instead, such an atmosphere can only form after the activity of the star has decreased to a much lower level.”

He noted that the Earth started forming its atmosphere once the sun cooled off. The atmosphere of the young planet contained large amounts of carbon dioxide and other gases. Eventually, oxygen-producing organisms altered the composition of the air, leading to the current life-bearing state of Earth.

Johnstone and his teammates published their sobering findings in the scientific journal Astronomy and Astrophysics.

The Earth-sized planets orbiting nearby stars are probably uninhabitable worlds

In astronomical terms, the activity of a star refers to the amount of radiation it gives off. Young stars all but burst with radiation. In this regard, they behave much like living organisms, which often display high amounts of activity in their youth.

As a star grows older, its activity levels greatly diminish. Its temperature and light output drop.

The exact levels of activity throughout a star’s lifespan depend on its mass. Our sun is a medium-sized, G-type main-sequence (yellow dwarf) star that is currently halfway through its lifespan.

Its close relatives, the M-dwarf (red dwarf) stars, are slightly smaller in mass. Astronomical surveys suggest that this type comprises most of the stars in the systems nearest our sun.

An M-dwarf star may need several billion years before its stellar activity throttles down to the same levels as the sun. During that extended period, any exoplanet in the habitable zone of that star would get bathed in intense levels of radiation. In such inhospitable conditions, the atmosphere of the unlucky planet would not survive past 100,000 years.

Given the computer simulations, the majority of the Earth-like exoplanets spotted in nearby systems with M-dwarf stars either had thin atmospheres or were airless balls of rock. So, not only did the surface of the planets lack the air needed to support life, but they also absorbed the full force of stellar radiation.

The search for other habitable worlds continues. Visit Science.news to learn more.