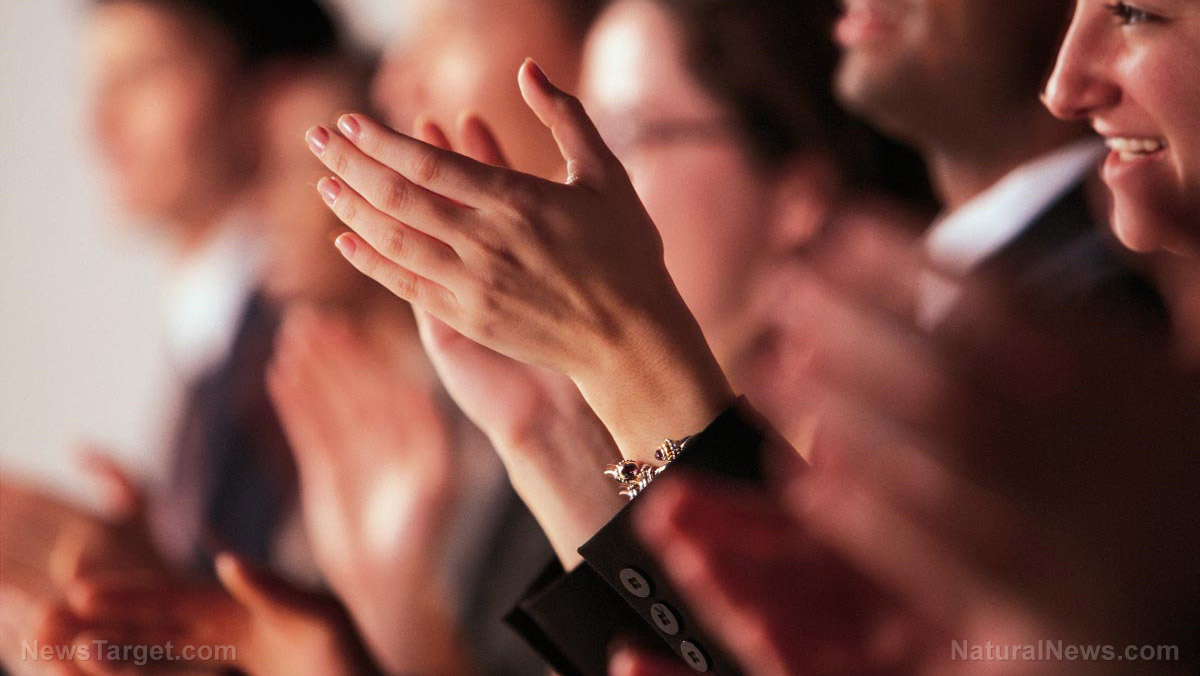 Student union representatives at the University of Oxford passed a motion this week to ban clapping and replace it with silent “jazz hands” waving, insisting that applause “could trigger anxiety”.

The motion to “mandate the encouragement of silent clapping” proposed using the more “inclusive” British Sign Language symbol for clapping — known as “silent jazz hands” (waving both hands by the sides of the body at about shoulder height) — in place of audible applause.

The clapping ban would affect student union meetings and events where traditional clapping and cheering “presents an access issue” to those with anxiety disorders.

Officers at the student union contended that traditional applause, whooping, foot-stamping, and other loud noises presented an “access issue” for some disabled students who have “anxiety disorders, sensory sensitivity and those who use hearing aids.”

Sabbatical Officer Roisin McCallion says the change is specifically aimed at making events “more inclusive” and accessible to all.

“The policy was proposed in order to encourage the use of British Sign Language clapping during our democratic events, to make those events more accessible and inclusive for all, including people who suffer from anxiety. ‘Inclusivity is one of the Students’ Union’s founding principles,’” McCallion said.

One former student told the Daily Mail that despite Oxford’s good intentions and desire to be accommodating for students with accessibility issues, “this idea will not work and is completely ludicrous.”

Read more at: Breitbart.com or Sheeple.news.