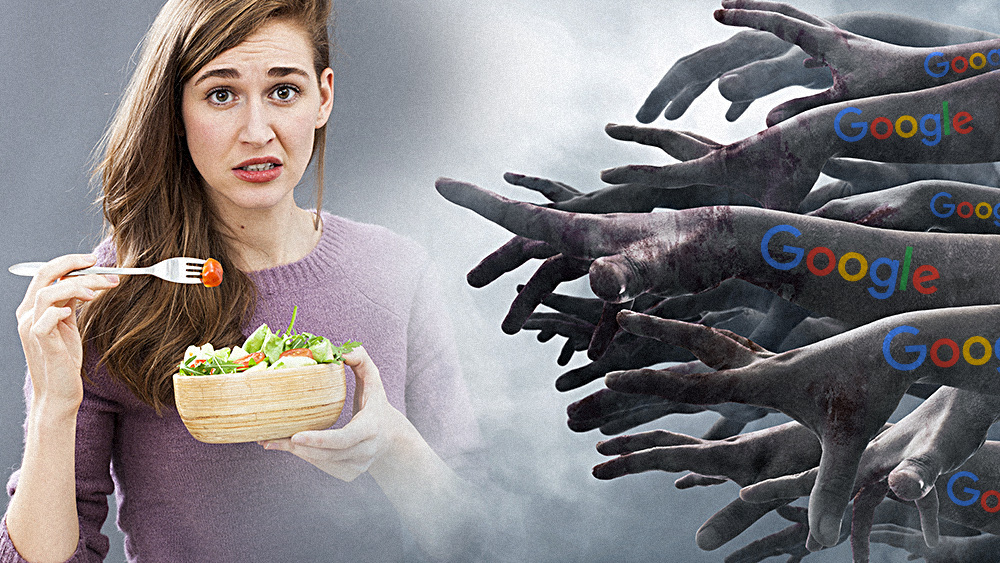 In response to having his science-based content arbitrarily de-platformed from Google’s search results back in June, Dr. Joseph Mercola of the popular Mercola.com health website is boldly sounding the alarm about Google’s quiet entry into the pharmaceutical business, and how this is negatively affecting the overall functionality and integrity of Google’s search engine.

Despite being one of the most renowned physicians in the world, Dr. Mercola has effectively been blackballed from Google for supposedly spreading “misinformation” about health. Never mind the fact that he’s a board-certified physician with a highly successful practice, Dr. Mercola is now being treated by Google like some kind of “Russian bot” that has to be censored for violating the companies nebulous “community guidelines.”

The truth is merely that Dr. Mercola’s health philosophies, which are wildly popular all around the world, contradict the establishment narrative, and thus have to be silenced. And with Google now operating as its own pharmaceutical company, it only makes sense that this subsidiary of Alphabet Inc. is swapping out Dr. Mercola’s content and replacing it with Google’s pro-drug, pro-vaccine propaganda.

An exclusive video that Dr. Mercola recently published to his Brighteon.com account reveals how Google has been able to accomplish this censorship feat, and why it represents a serious threat to all others out there whose messages are similarly antithetical to the lies being propagated by Big Pharma.

“Google’s ‘quality raters’ are manually lowering the ranking of what they arbitrarily decide is undesirable content and burying even expert views if they think they’re ‘harmful’ to the public,” Dr. Mercola explains in the video, which you can watch below.

Under the guise of “fact-checking” and ensuring that only “quality” information comes up in its search query results, Google has pushed Dr. Mercola’s content to the very back of the line – if it’s even in line at all. Instead, Google users are now presented with links to establishment websites like WebMD, Healthline, and Medical News Today, all of which are controlled by Big Pharma and Big Junk Food.

Google has partnered with these establishment websites to direct users towards pro-drug, pro-junk food “solutions” to their health problems, for which Google then takes a cut of whatever profits are generated. And because Dr. Mercola’s solutions differ from the solutions that Google wants its users to find, his content is now being silenced.

It’s the epitome of a conflict of interest, and demonstrates beyond a shadow of a doubt that Google is in no way a neutral search engine, but rather an advertising front for big industries that are trying to squelch out their independent competitors.

It doesn’t matter to Google that Mercola.com is among the most highly ranked natural health websites in the world. Because Dr. Mercola is a threat to Google’s pro-drug, pro-junk food business endeavors, he had to go – along with many others who have similarly been de-platformed from Google in recent months.

“The same misdirection and obfuscation is happening on YouTube, which is owned by Google,” Dr. Mercola further explains in his video.

“In short, it’s not a suspicion but a blatantly obvious fact that Google is doing everything it can to erase my online presence and hide the many tens of thousands of free articles and videos I’ve generated over the last 22 years.”

Be sure to watch the full video of Dr. Mercola revealing the ugly truth about Google censorship at Brighteon.com.

You can also check out other powerful videos on his channel at this link.