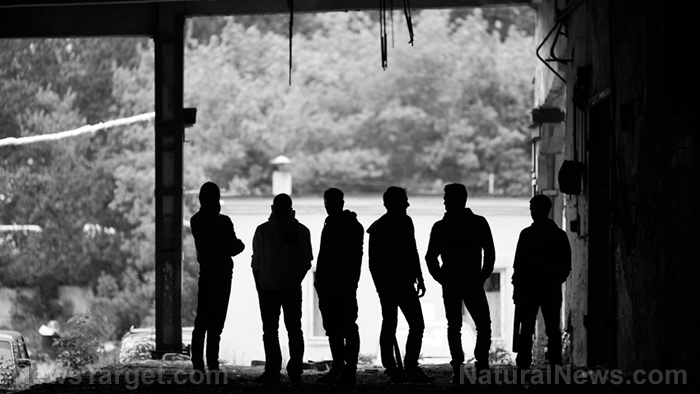 That’s because they fail to understand one basic premise about human beings: Bad people are going to do bad things to other people, and no matter how many laws are passed, that’s not going to change.

Ever. Because human behavior isn’t going to change.

So why make people more vulnerable to bad people? Ask your local Democrat.

Take California, for instance. The Golden State is a one-party state. There’s a Democrat governor. Democrats control both chambers of the legislature. There isn’t a single Republican who holds a statewide office.

California is also home to some of the most restrictive gun laws in the country. And yet, over the course of this month, there have been several shootings.

As reported by The Truth About Guns, one recent shooting actually involved rival gangs. But no matter; cue another Democrat to step forward and demand more gun laws. But not just in his state; all over the country.

“We have passed meaningful bipartisan gun safety legislation this year in Congress that Sen Mitch McConnell [R-Ky.] refuses to bring up in the Senate,” Rep. Jim Costa tweeted. “This plague of gun violence in our country, as we continue to witness, knows no boundaries. We must come together to bring rational and practical solutions to support our local communities throughout our nation.”

We have passed meaningful bipartisan gun safety legislation this year in Congress that Sen Mitch McConnell refuses to bring up in the Senate.

“That legislation, combined with state and local efforts, would help make a difference,” he added — without elaboration of course because it’s pretty hard to go into an extensive policy discussion on Twitter.

“This plague of gun violence in our country, as we continue to witness, knows no boundaries. We must come together to bring rational and practical solutions to support our local communities throughout our nation,” he continued.

The Democratic-controlled House has passed at least three gun control-related bills expanding background checks and other measures to control the sale of firearms since taking power in January.

Yes, and not a single one of these new laws, had they passed, would have stopped gang bangers from killing each other. (Related: California cop killer is huge fan of Piers Morgan, Obama and gun control.)

California already has the most important law on the books regarding the use of guns or any weapons: It’s not okay to murder people.

So if gang members or crazed school shooters or a terrorist or someone who’s just had a bad day is going to ignore the law against murder, what possible good would yet another gun control law do?

Let’s extrapolate this out to Democrats’ real policy objective — the eventual repeal of the Second Amendment. What happens when someone kills somebody else with a knife? Or an automobile? Or a rope? Or a brick? Or a hammer?

All of these murders will have been committed in violation of the one law that should have prevented them. And yet…the law against murder doesn’t prevent all murders, does it?

It certainly doesn’t protect people from gang bangers who have no regard for any laws, let alone the various California gun restrictions. Those didn’t help, either, did they?

So here’s a suggestion for California Democrats (and Californians who keep electing them): How about you try a different policy for a change — like allowing more citizens the right to carry a firearm? For self-defense?

Because obviously the police can’t be everywhere at once either…enforcing that law against murder.

So maybe allowing people to get some training and carry their own firearms for self-defense, like our founders intended all Americans to be free to do if they chose to, would be a much better way to improve public safety.

Doubling down on failed disarmament policies doesn’t appear to be keeping people safe in gun-controlled California.