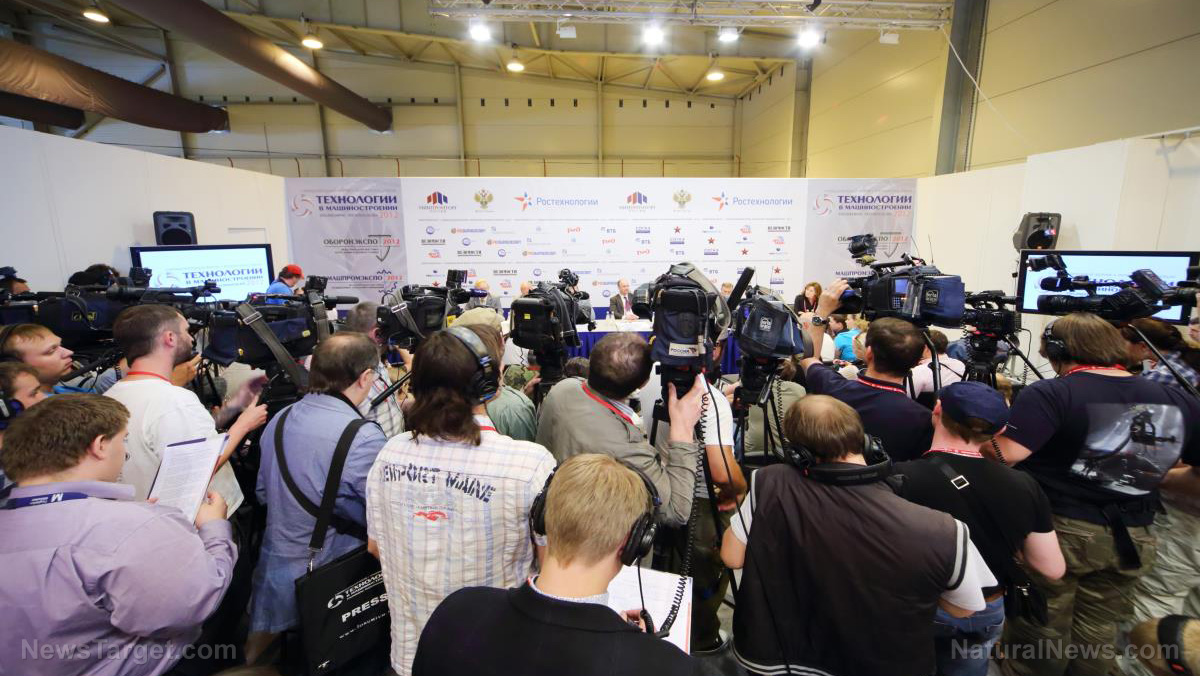 This week, thirty media and tech companies announced they’re partnering behind a new national campaign “Protect Press Freedom.” But conservative commentator and author Mark Levin argues the modern mass media does not favor of a free press. His new book is called: Unfreedom of the Press.

Sharyl: You wrote “the American free press has degenerated into a standardless profession, not through government oppression or suppression, but through self-censorship, group think, bias, omission and propaganda.”

Mark Levin: There’s a new doctrine that’s being pushed in journalism school, has been for about 30 years, which is to push what’s called public journalism or community journalism, which is social activism. And so now you have a lot of reporters, Jim Acosta is a perfect example, who create the drama, then report on their own drama That becomes news for five days. President calls that “fake news.” He’s right. There was a professor Boston who used to head the library congress, but he was a historian at the University of Chicago. Wrote a whole book on it, pseudo events. Our news is filled with phony events and filled with propaganda.

Sharyl: Your book has a lot of history in it and one small portion talks about Thomas Paine’s Common Sense in 1776. He wrote advocating for American independence and you talk about the so-called pamphleteers of that time.

Mark Levin: The pamphleteers were the great heroes, the first printing presses. These were the men that pushed the American Revolution and the ideas we read in the Declaration of Independence. They wanted to fundamentally transform government. Throw off the monarchy and create a representative government. The media today want to do the opposite. They want to fundamentally transform the civil society in defense of an all powerful centralized government.

Sharyl: But weren’t the pamphleteers and the patriotic press themselves biased?

Sharyl: Would you find that less objectionable if the press today, the ones that you believe are biased, actually said what they were for and reported as they do rather than maintaining a sense of supposed neutrality?

Mark Levin: Well, we had a press like that called “the party press” and it followed the administration, they’re tailing the administration of George Washington’s second term where the newspapers were lining up between behind Jefferson and his party and Hamilton and Adams and their party and they were transparent about it, okay? At least they were more honest about it. Although we’re getting to a point now where some media outlets are so brazen about their ideology, they’re being very honest about who they are

Sharyl: We kind of know

Mark Levin: We kind of know who they are, but there’s still this patina of, “We’re the news. Don’t criticize us or you’re attacking the First Amendment.”

Sharyl: Do you think news should be reporting or interpretation? Or some combination thereof and how would that be structured?

Mark Levin: I make the point in my book that you really should strive, if you’re a newsroom, to separate news from opinion. Stop hiring ideologues in the news room because it’s harder and harder for ideologues to be objective or as objective as they can be. Number two, maybe you’re liberal, maybe you’re conservative. But at least apply some objective standards and process to the gathering of news. We’re not doing either now.

Sharyl: Some blame our, the media’s, declining credibility on President Trump. Isn’t there some truth to that?

Mark Levin: There’s really no truth to that. I’ll tell you why. I write in the book and I explain presidents who really endangered the media, even John Adams, people will be shocked with the sedition act of 1798. He imprisoned journalists, shut down some newspapers. You had Abraham Lincoln’s Secretary of War with his authority shutting down newspapers, imprisoning journalists. You had Woodrow Wilson, the great progressive intellectual, put a new sedition act in in 1918, shutdown newspapers, imprison journalists, imprison political opponents. FDR unleashed the IRS on several publishers including Moe Annenberg who owned the Philadelphia Inquirer ’cause they didn’t like the New Deal. Barack Obama and his administration, of course, he didn’t know anything, the FBI went after the New York Times, Fox and AP. Donald Trump may call the press the enemy of the people, or a particular segment of the press, the enemy of the people. He hasn’t done anything like that.

Sharyl: You wrote, “It is surely not for the government to control the press and yet the press seems incapable of policing itself.” So what are we left with?

Mark Levin: Modern mass media is destroying freedom of the press. So where do we go? There are new pamphleteers out there. They’re all on the Internet. They’re in other places and other formats. Bloggers, websites, all over the world. We should separate the good from the bed. I know there’s bad stuff on the internet, but there’s good stuff on the Internet too. We should encourage more technological advancement, new platforms, new forms of communication. Because what is it that matters about freedom of the press? What does it really come down to? Freedom of speech. That is all of us communicating with each other, we the people, to try and figure out how to improve our lives and improve our neighborhoods and improve our society.

Among the new outlets backing the new ‘Protect Press Freedom’ campaign are some that Levin sees as the most biased media.