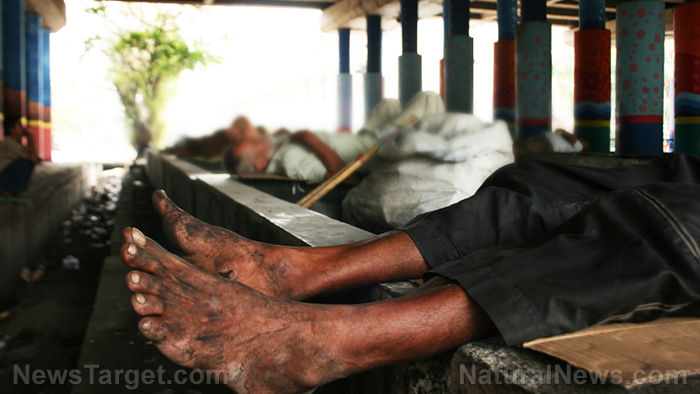 Paul Pelosi, the ex-boyfriend of Karena Feng, nearly killed a homeless man in a fit of rage when he hired him to destroy her kitchen, according to Feng.

Feng sat down with National File’s Patrick Howley to discuss her relationship with Pelosi Jr, the son of Rep. Nancy Pelosi, the Democrat Speaker of the House of Representatives, and told Howley that she was suing him over fraud regarding her property, and that he was abusive to her.

WATCH OUR INTERVIEW WITH KARENA FENG

During the interview, Feng said that Pelosi Jr tried to remove her from her house, by getting her building to switch from a mixed commercial/residential building, to commerical only. “He was working very closely to the planning to use their power to get me out of their property, out of my home,” Feng said. When that didn’t work, Pelosi Jr “ripped out” her entire kitchen:

So that way I can’t cook for my kids or anyone… when I can’t cook I probably won’t be able to live there, so he’s thinking in a domino effect way to get me out of the property faster by ripping out my stove. He couldn’t do it himself, so he got a street person and offered him some cash and said “come in and help me with some work.” He saw the cash and he came in and helped him rip the stove off. As the stove was ripped, it fell on that guy, so Paul was on the top and he was on the bottom pulling, and then Paul kind of slammed it over, it went over his head. That guy was crying, he said “the stove it’s crushing my head it’s gonna split my head!” Paul went “so what?” I then ran over there… and I said “Paul, stop! Get that stove off that poor man’s head he’s gonna die! Don’t do that!” And he said, “so what?” Oh my God, how can you do that to someone? That is just how he is – if he wants to hurt somebody, he’ll hurt somebody! He doesn’t care! It’s for his own convenience.

Feng further alleged that he forced her to have an abortion by threatening her life, that he conducted foreign business while claiming to be a representative of Nancy Pelosi, and that he engineered Child Protective Services’ seizure of Feng’s four children. Read the full report by Howley by clicking this link, and watch the clip from the interview below.

Read more at: NationalFile.com and VoteFraud.news.