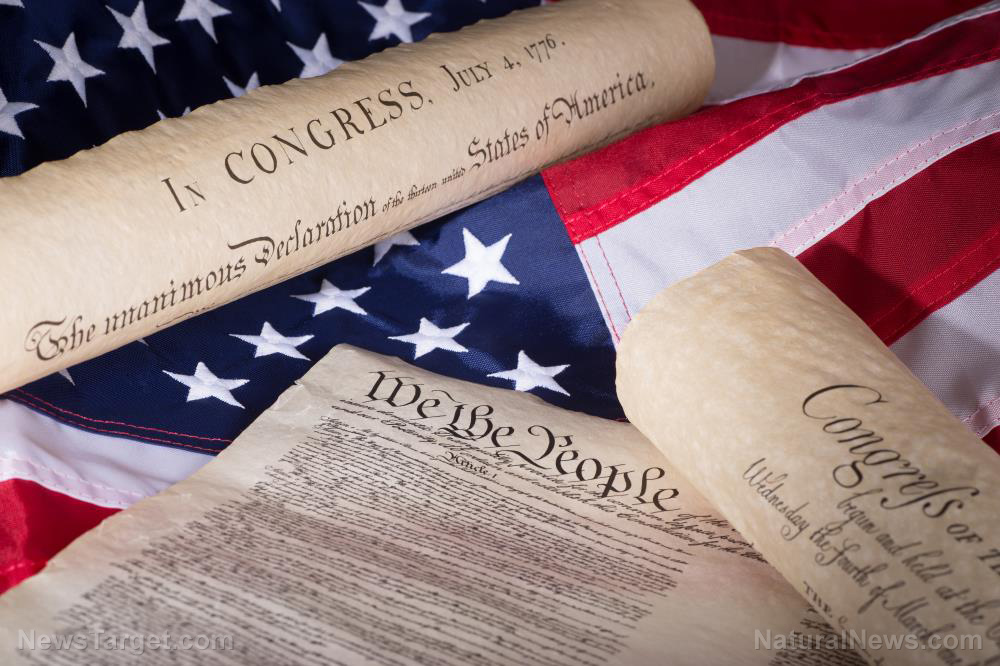 Democrats overreach, that’s just what they do in their attempt to impose their will and agenda following elections that return them to power after a long absence.

And they’re doing it again in Virginia, where Republicans have held control over the State Assembly and Senate for years until elections last month swept them from power.

In particular, the Donkey Party, which has given their racist governor, Ralph “Blackface” Northam a pass because they need him to sign their bills, is seeking to impose major new gun control legislation what will include actual gun confiscations if it passes. (Related: Virginia’s Democratic governor, Ralph Northam, publicly endorses “infanticide” as he voices support for legislation allowing abortion to term.)

The rush to impose new gun restrictions on a largely rural state that just recently was mostly governed by rational, Constitution-supporting Republicans, is leading to a substantial backlash in the form of “Second Amendment sanctuaries.”

Fashioned after the Democratic Left’s “sanctuary cities” which shield illegal aliens from deportation, gun sanctuaries will protect gun owners from onerous laws that restrict their Second Amendment rights and even may effect their right to keep and bear certain classes of firearms.

As reported by Ammoland, town and county board meetings have been flooded with residents all supportive of efforts to declare their jurisdictions out of bounds for Richmond’s Democrat gun-grabbers.

“Louisa, Halifax, Buchanan, Rappahannock, Greensville, and Russell counties are all sanctuaries now! So is the town of Exmore! HUGE turnouts continue! 30 Sanctuaries and counting!” the site noted this week.

In a separate report, The National Sentinel noted that local law enforcement officials were joining with citizens who elected them as well as city councils and county boards of alderman in opposing Democratic gun control efforts expected next month:

A growing number of Virginia sheriffs are pushing back early against an expected deluge of new gun control legislation passed by majority Democrats once they are sworn in and begin to govern. … One piece of legislation that may be considered would ban “assault weapons” and authorize actual confiscation of those firearms, but one sheriff essentially dared Democrats to come get them.

Local sheriffs are getting more brazen … and creative

One sheriff appeared to dare Democrats in Richmond to come try and take his “assault weapon” firearms.

“As a Constitutional Officer of Virginia, and elected Sheriff, I am sworn to uphold the Constitution and both federal and state laws. I think our Constitution of the United States would supersede anything attempted to be passed in Virginia,” Tazewell County Sheriff Brian Hieatt said in a Facebook post.

“But, more importantly, I would like to point out the very important question of – Who is going to come and get my guns and magazines? They are mine, I’ve bought them and paid for them,” he added. “I have taught my sons to use them. I say we watch and see what happens, I believe they may try but I’m not so sure they will be successful.”

Other law enforcement officials, especially elected sheriffs, were equally adamant about protecting their citizens from losing any of their Second Amendment rights to overzealous Democrats.

“I am in favor of the Second Amendment Sanctuary. I believe we need to send a message to Richmond that our citizens will take a stance. My deputies and I take an oath to uphold the Constitution and that’s what we will do,” Rappahannock County Sheriff Connie Compton told Townhall.

A packed house in Goochland County for tonight’s supervisors meeting, where a #2A Sanctuary resolution is expected to be approved. Not only is the main meeting room full, but several auxiliary rooms are full of residents watching the meeting on TV. pic.twitter.com/43cZTcvFF4

One elected law enforcement official, Culpeper County Sheriff Scott Jenkins, had a novel idea: Create scores of ‘citizen deputies’ to ward off any attempts to take their guns.

“I remain very optimistic that our General Assembly will not pass the proposed bills. Obviously, if passed, there are many of us willing to challenge these laws through the courts,” he wrote on Facebook. “In addition, if necessary, I plan to properly screen and deputize thousands of our law-abiding citizens to protect their constitutional right to own firearms.”