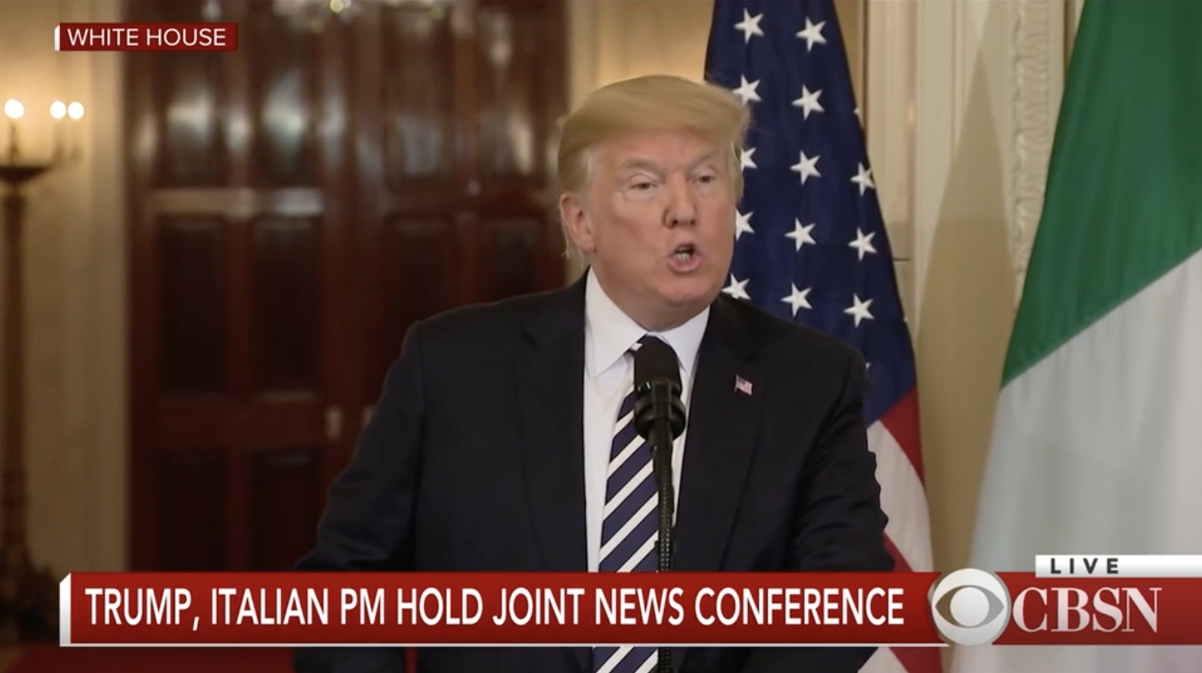 The Democrats have come up with some goofy reasons for wanting to impeach President Donald Trump.

They have claimed he “colluded” with Russia to “steal the election” from Hillary Clinton, and despite the fact that even Robert Mueller, their hand-picked “special counsel,” couldn’t find any evidence of that (because it’s a hoax), some of them still claim Trump’s a Russian stooge.

They have claimed Trump “threatened” a “quid pro quo” with Ukraine — bribing them with U.S. military aid unless they agreed to investigate corruption and 2016 election interference involving Joe and Hunter Biden and the DNC, respectively.

They claimed that Trump is cheating on his taxes and involved in shady business deals. They have accused him of violating the Constitution’s “Emoluments Clause,” enriching himself at the expense of foreign governments.

None of these things are true. (Related: Schiff’s phony baloney impeachment recommendation blames Trump for everything DEMOCRATS have done in Ukraine.)

But this week, another Democrat came up with still another goofy reason for wanting to impeach Trump: We have to in order to ‘right the wrong of slavery’ … or something like that.

Rep. Al Green, an African-American Democrat from Texas who has regularly introduced articles of impeachment against the president for everything mentioned above, appeared on the tinfoil hat network known as MSNBC to offer up this latest insanity:

I think that we’re moving forward [with impeachment] in a very cautious and prudent way, which is what is expected. But I also think that if we don’t include some of things that are important to people of color, then I think that our business won’t be finished.

I do believe, ma’am, that we have to deal with the original sin. We have to deal with slavery. Slavery was the thing that put all of what President Trump has done lately into motion. It’s insidious scion, racism. The president has played on racism. He’s used that as a weapon to galvanize a base of support, to mobilize people… We cannot overlook what happened when he came down the escalator and just demeaned the people of color…

Just. Wow. So much to unpack here.

First and foremost, Trump’s 2015 announcement that he was running for president may have featured some awkward terminology, but it wasn’t “racist” against “people of color” to establish enforcement of immigration laws and pursuing better border security, which is what he was pushing.

As for the racist aspect in general, note how Green accuses every single one of the president’s supporters of being “galvanized” by racism — not Trump’s border security and immigration enforcement policies, not his economic policies (which have led to record employment for “people of color”), not his trade policies, not his pro-military policies, not his policies to decrease expensive regulations, no. Trump’s “a racist” so every one of his supporters is, too.

What a clown. What a racist Green is to say such a thing.

Then we come to this ‘slavery’ business.

Now, it goes without saying that neither Trump nor any white person alive today had anything at all to do with the “original sin” of slavery. Equally, not a single black American alive today was ever a slave. As for dealing with that original sin, we’ve done so time and again: The Civil War, subsequent laws empowering blacks, the Civil Rights Act, and various equal rights laws and statutes since. Those live up to our founders’ vision that “all” were created equal — in the eyes of the Christian God and in the eyes of the law.

It’s almost as if Green has made it his personal mission in life to wedge slavery into every conversation, every situation, even if it’s the last thing that should be brought up because the subject at hand has nothing at all to do with it.

Crazy, yes. Unexpected? No, not really. Black Democrats can’t seem to get over slavery any more than they can stop seeing racism behind every rock.

Indeed, they are the true racists.