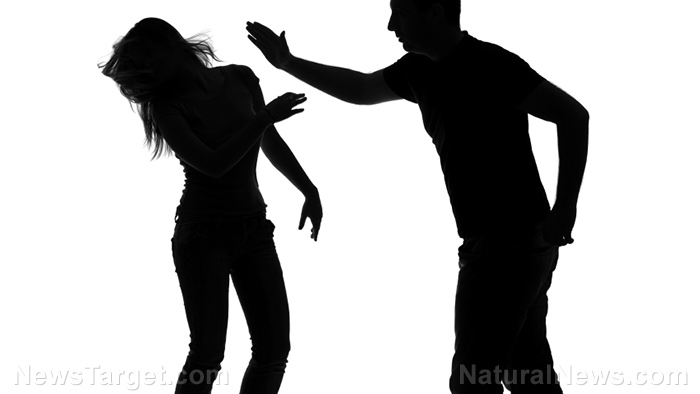 “I have a really bad temper” says a leftist at one of the pro-impeachment protests last night, before she shoves reporter Savanah Hernandez down to the ground for being asked to verify some of the claims made against Trump.

Hernandez, who hosts The War Room with Owen Shroyer on Info Wars, attended the rally/protest and was interviewing participants. She came across this particularly upstanding lunatic, who started re-hashing all of the same same-old rhetoric we’ve heard about Trump being accused of sexual harassment, and even claimed Trump had sexually assaulted a minor.

“Probably his own daughter” quips one dude, and one of the unsavory individuals concurs “I’m sure that’s happened too.” They agree to impeach Trump again should he win in 2020. They agree that he doesn’t need to actually commit a crime to be impeached, simple allegations are enough.

While challenged to Google and come up with this allegation of the minor, the first lunatic starts to get uncomfortable. “I have a really bad temper” she says. “And also, I’m still waiting for you to Google the facts that you can’t seem to find” Hernandez retorts, before the crazed leftist starts to shove her and eventually sends Hernandez to the ground.

I was attacked when a protester got upset because she couldn't find facts on Google to back up her fake Trump-rape allegations. #DemocratsAreDestroyingAmerica #ImpeachmentEve pic.twitter.com/Fvog4TIVky

Apparently the crazed leftist is pregnant, and that’s what’s she’s shouting as she starts to physically engage Hernandez.

Guys, my favorite part about the assault video I posted is the fact that the woman attacks me (as you can clearly see) and when I push back to defend myself she screams, “IM PREGNANT” damn, that’s the first time I’ve heard a leftist stand up for the unborn.

Only a far left anti Trump rally in America is somehow acceptable for white liberals to assault, harass, and insult Hispanic females in the name of racial equality and justice.

Read more at: TheGatewayPundit.com or Unhinged.news.