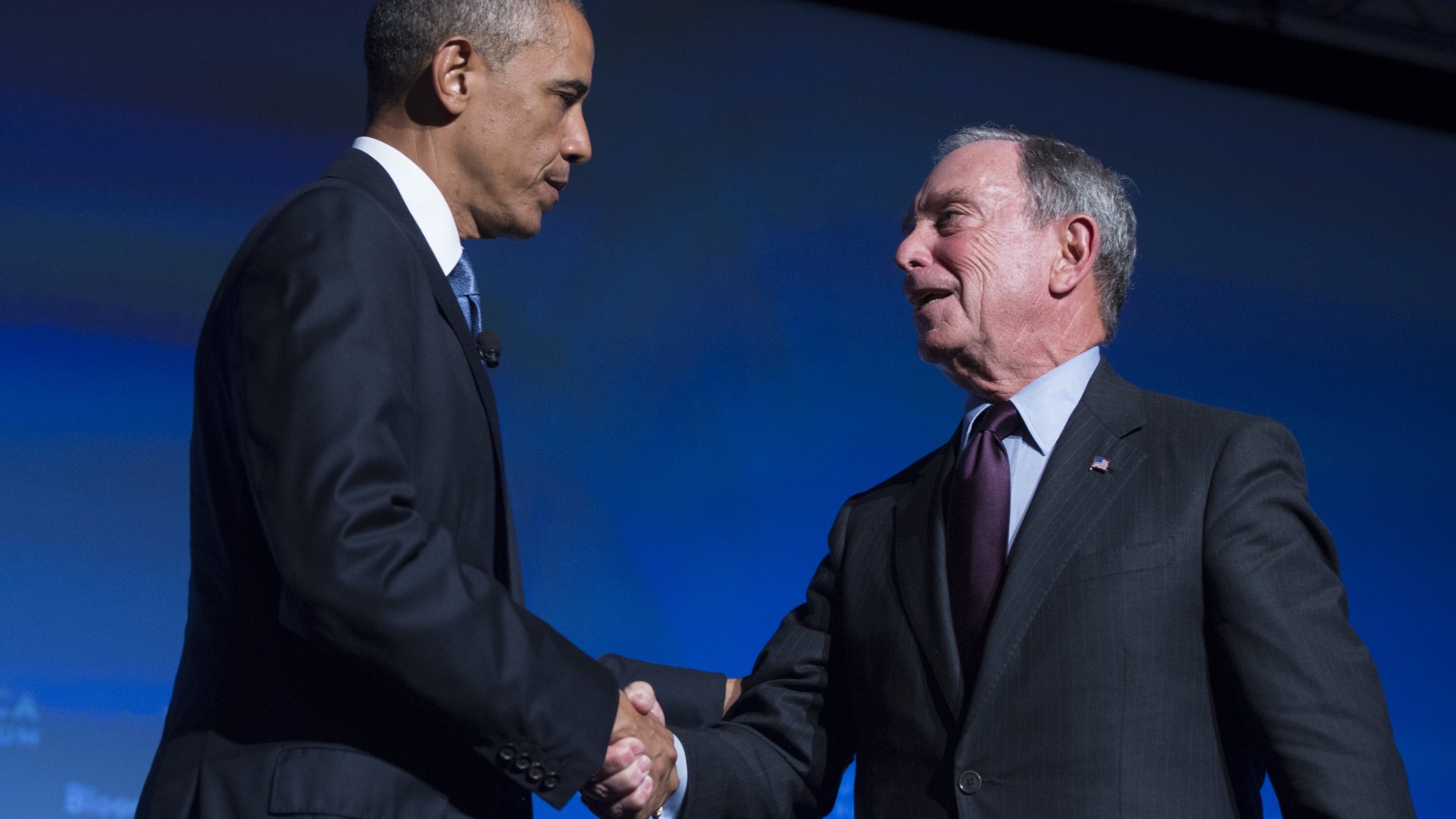 As part of his laughable bid for the 2020 presidency (we kind of forgot he was even running…), former New York City mayor Michael Bloomberg has promised to completely do away with all coal power plants throughout the United States by the year 2030.

During a recent campaign stop in Virginia, the 77-year-old billionaire vowed to shutter every single one of the country’s 251 coal power plants within the next decade in accordance with his party’s efforts to stop “climate change.”

Though Bloomberg failed to explain how he plans to help those communities that would be negatively impacted by the shutdown of all these power plants, he does insist that it’ll be all good somehow, because going “green” is always awesome to Democrats, no matter the societal impact.

What’s hilarious is that Bloomberg made this announcement about shutting down coal power plants in a state that’s considered to be the heart of coal country. Bloomberg even bragged about how he’s already “helped to close more than half of the nation’s dirty coal plants” – and this is supposed to win him votes in Virginia?

Bloomberg further promised while in Virginia to halt construction of some 150 new gas facilities that are currently being built. By doing this and shutting down all of our nation’s coal plants, Bloomberg says he’ll be able to reduce carbon emissions by about 50 percent over the next 10 years.

As you may recall, the nation’s most obnoxious old hag already tried this when she was running for the presidency back in 2016. We’re talking about failed presidential candidate Hillary Clinton, of course, who glibly told potential voters how she planned to shut down the fossil fuel industry, which didn’t exactly go over well.

As it turns out, Americans appreciate energy independence and being employed, two things that would go bye-bye were Bloomberg or Hillary’s plans for a “green” future actually implemented on a national scale – but we’ll let Bloomberg figure this out for himself.

To deranged leftists like Bloomberg and Clinton, it’s a bigger priority to implement “environmental justice” by abolishing “environmental racism” than it is making the U.S. energy independent. And that’s why neither of these two lunatics will ever occupy the White House – not in 2020, nor in 2024, nor in 2028, should the world even last that long.

Meanwhile, President Trump has promised to save the coal industry from being abolished by the Left, which is one of the many reasons why voters prefer him over any of the Democrat clowns that are making fools of themselves on the national stage.

Again, Bloomberg doesn’t stand a chance, and is wasting time and his donors’ money traipsing around coal states denigrating coal. What’s worse is that Bloomberg is pretending to be a “centrist,” which he thinks will somehow draw votes away from Trump and towards himself – man, is he in for a rude awakening!

If you’re still not convinced that Bloomberg would be one of the worst things to ever happen to our country were he to be elected president, consider the fact that he’s planning to quadruple the amount of federal tax dollars used to research and develop “clean” energy alternatives to fossil fuels – think $25 billion annually on such research.

These are hardly priorities, especially since “green” energy from wind and solar comes with all sorts of new problems for the environment, including ultrasound pollution from wind turbines, which is linked to millions of bird deaths and “ringing in the ear” problems for humans.

To keep up with the latest news about the Democrats’ efforts to “green” everything by destroying the fossil fuel industry, be sure to check out Greenwashing.news.