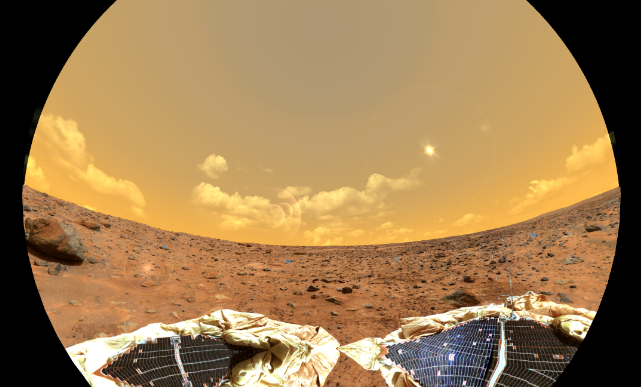 Scientists looking for signs of life on Mars may need to take a deep dive first – literally.

According to a study published in Frontiers in Earth Science, the upcoming Mars expeditions by the National Aeronautics and Space Administration (NASA) and the European Space Agency (ESA) – both of which have the specific aim to search for signs of life on the Red Planet – may be doomed to fail by one glaring gap in paleontological research: the lack of a terrestrial analog fossil record.

This is because Earth’s fossil record, which was long considered by scientists as a resource on what to look for when it comes to possible Martian and other extraterrestrial fossils, is almost entirely based on findings in sedimentary rocks, whereas Mars’ are predominantly igneous in nature.

The solution to this problem, according to a research team led by Magnus Ivarsson of the Swedish Museum of Natural History’s Department of Palaeobiology, is the creation of a “volcanic microfossil atlas” – a collection of evidence of fossilized microbial life from under-explored igneous rock environments on Earth.

Ivarsson, who also teaches at the University of Southern Denmark, said the atlas could help researchers and scientists recognize what Mars’ microfossils might look like by identifying biosignatures associated with different types of fossilized microbes. (Related: Aliens with green or grey skin? No, researchers say extraterrestrial life may look like pasta.)

According to the researchers, among the places they want to inspect is the ocean floor, noting that not only does it consist exclusively of volcanically erupted basalts – thus making it geochemically very similar to the volcanic rocks that constitute the bulk of Martian geology – the environment also happens to be the largest microbial habitat on Earth.

Ivarsson and his colleagues aim to study the fossilized remains of mysterious microbes thought to have lived up to a kilometer below the deepest ocean floors for 3.5 billion years. Such creatures have been dubbed “extremophiles” or creatures capable of thriving even in extreme environments such as hydrothermal vents and volcanoes where they make self-sustaining food webs until their deaths.

According to the researchers, not only do these microfossils offer scientists an important glimpse at the history of microbial life, they also act as potential terrestrial analogs to Martian fossils.

“It is reasonable to assume that any potential carbon-based life forms living in the deep Martian rocks, would have the same geochemical and energetic prerequisites as life in basalts on Earth, and would be fossilized in a similar manner,” the researchers said.

“Our aim is to be able to use the oceanic crust microfossil record as a model system to guide Martian exploration,” Ivarsson said in their research, adding that while their review of existing knowledge is an important first step, a more comprehensive understanding of deep life is needed, as it can show scientists where and what to search for.

According to Ivarsson, for the latter to be achieved, scientists would need to collect more data, not just on microfossil appearance and location, but also on their chemical composition.

Ivarsson, in their study, said that while it is possible to distinguish broad classes of both fungi and bacteria through their morphological details such as the appearance of their spores, mycelia, biofilms and community structures, analyzing the microfossils‘ lipids and carbon isotopes will help scientists to identify and classify the organisms in a more precise manner.

This information may help scientists in identifying the types of microorganisms that are most likely to have been preserved on Mars, as well as the geochemical conditions that most favor fossilization.