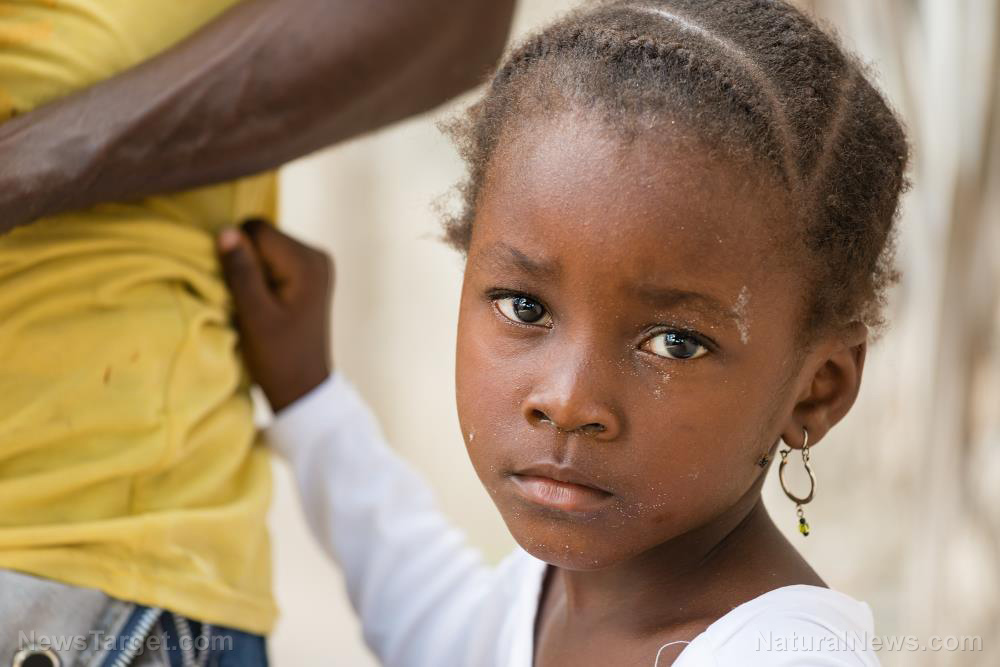 Driving an electric vehicle around town is a source of pride for many climate fanatics who’ve convinced themselves that this “green” choice in transportation makes them the second coming of some kind of climate “christ.” But little do many of these virtue signalers realize that flaunting around in a Tesla or Prius actually signals that you’re completely oblivious to the human rights abuses that had to occur so you could pretend to “save the planet.”

Every electric vehicle out there contains a high-capacity battery inside it that more than likely contains cobalt, a somewhat rare-earth mineral that typically comes from one of two countries: Australia or the Democratic Republic of Congo (DRC). And in reality, most cobalt comes from the DRC, where it’s dirt cheap thanks to child slave labor.

As it turns out, it’s super affordable for car manufacturers to pay underage children $9 per day “on good days,” according to one child cobalt laborer in the DRC, than to pay the higher wages that Australian cobalt workers typically receive. Thus, most “green” vehicles are built on the backs of these child laborers in the DRC, many of which are seriously injured or killed while working in these dangerous conditions.

Smartphone owners are equally as guilty of having their lives made more convenient and “tech-savvy” by cheap slave labor far from America’s shores. Anything that runs on a lithium-ion battery, which is most electronics these days, probably came from metals that were strip-mined by little kids in Africa.

“Our luxuries are necessarily someone else’s sacrifice – and sometimes that sacrifice is the ultimate one,” explains Zero Hedge. “The EV and electronics revolutions have come at a steep human cost: a boom in child labor in the DRC as child cobalt miners offer battery makers and Big Tech cheap labor.”

In years past, plaintiffs have unsuccessfully tried to sue cobalt miners like Glencore that are known to be committing these atrocities in the DRC. So now they’re going after the end users of all this cobalt, including Tesla, Apple, Dell, Microsoft, and Alphabet, the parent company of Google.

On behalf of 13 families whose children died or were seriously injured while mining cobalt for Big Tech, the group International Rights Advocates (IRA) is seeking damages not just from Tesla and the like, but also from Glencore and a Chinese cobalt mining company known as Zhejiang Huayou Cobalt, as well as other major car manufacturers like Volkswagen, Ford, Volvo and Fiat Chrysler.

This lawsuit combined with growing media coverage about cobalt child slave labor could have the effect of driving companies that use cobalt in their products to voluntarily join initiatives like the Responsible Sourcing Blockchain Network that supposedly aim to eliminate child slave labor from the supply chain.

“The Responsible Sourcing Blockchain Network is going to help us focus on the problems and give us enough visibility, which we could not do in the past,” says Sai Yadati of IBM, which will reportedly power this blockchain network.

It all sounds nice, but will it actually help children? Or will it merely increase the costs of doing business while allowing companies to put a pretty little stamp of “authenticity” on their cobalt strip-mined products? Time will tell, we suppose.

Keep in mind that the DRC is by far the largest known source of cobalt in the world, clocking in at around 3.4 million tons. The second-largest cobalt reserves are said to be in Australia at around 1.2 million tons.

For more related news about metals mining, be sure to check out Metals.news.