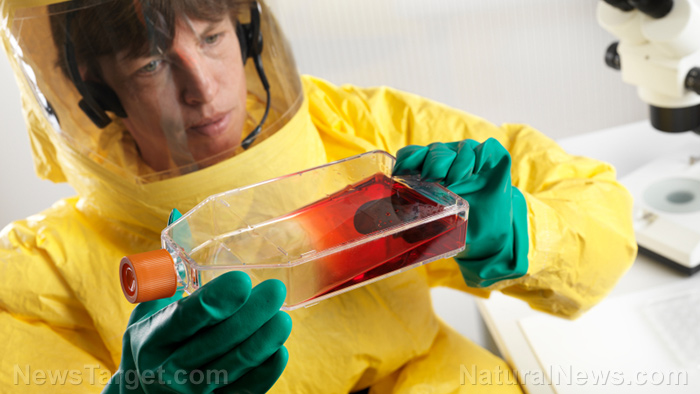 The next wave of attack against humanity has just been unleashed. The so-called “novel coronavirus” (2019-nCoV) is now spreading across Mainland China, and with the Chinese New Year travel surge under way, China’s residents are “exporting” the virus everywhere. Confirmed cases have cropped up in Taiwan, and the CDC has confirmed that at least one patient in the United States has been infected and hospitalized (after being misdiagnosed for a week, during which he most likely spread the infections to others).

As covered by Alt Market:

The Centers for Disease Control and Prevention on Tuesday confirmed the first U.S. case of a new coronavirus that has killed six people in China.

The CDC and Washington state officials said the man, in his 30s, was in good condition at Providence Regional Medical Center in Everett. The symptoms presented Sunday, and the diagnosis was confirmed Monday.

Nancy Messonnier, director of the National Center for Immunization and Respiratory Diseases, called the news “concerning,” particularly in light of reports that the virus has begun to spread from person to person.

“The confirmation of human-to-human spread in Asia certainly increases our concern,” Messonnier said.

The CDC, which began enhanced health screenings last week at airports in San Francisco, New York and Los Angeles, said Atlanta and Chicago would be added to the list. All traveling from Wuhan, China – where the outbreak began – to the USA are rerouted to these airports.

One case of coronavirus which has been confirmed in Mexico involves a 57-year-old Asian man whose stops included Tijuana, Beijing and Wuhan, where the outbreak is known to be spreading. According to Breitbart News, “According to a statement from the Tamaulipas Health Secretariat, a level three health protocol was triggered after a college professor was identified as a possible carrier of Coronavirus.”

“This is serious business,” warned Dr. Peter Hotez, Dean of the Molecular, Virology, and Microbiology Department at Baylor College of Medicine in Houston, in a Breitbart interview. “We are now seeing person-to-person spreading of the virus.”

Hotez recommends that everyone get a flu vaccine, by the way, even though this year’s flu vaccine has nothing whatsoever to do with the coronavirus that’s spreading in China.

Upwards of 20,000 people already infected in China, according to estimates

“Chinese health authorities announced Wednesday that 440 confirmed cases of pneumonia caused by the novel coronavirus (2019-nCoV) had been reported in 13 provincial-level regions in the country by the end of Tuesday,” reports The Big Wobble. “According to Prof Neil Ferguson’s table, (see below) of the MRC Centre for Global Infectious Disease Analysis at Imperial College London, 440 confirmed cases is the equivalent of almost 20,000 unconfirmed cases.”

The conclusion of Prof. Ferguson’s analysis:

It is likely that the Wuhan outbreak of a novel coronavirus has caused substantially more cases of moderate or severe respiratory illness than currently reported.

What seems obvious from the rapid adaption of this viral strain — which has now achieved “human-to-human transmission” — is that it has been engineered as a self-replicating weapon system to achieve the globalists’ depopulation goals.

The long incubation period that seems to be presently observed allows this viral strain to spread in “stealth” mode, largely undetected until its payload fully activates. The longer the incubation period, the more people are infected and become silent carriers (who may not even know they are infected).

Currently this coronavirus is believed to have a low fatality rate, something less than 5%. However, this may change as the viral strain adapts or is altered through transgenic effects emerging from exposure to other circulating viral strains. In other words, viral strains can, in certain cases, recombine their proteins to create whole new strains. All this virus needs is to encounter a more deadly “payload” and incorporate that genetic sequence into its own.

The bottom line? Humanity is now under serious threat from these engineered bioweapons. They are fully resistant to known antibiotics, making them “superbugs” for which there is no known conventional treatment. This will inevitably cause many people to turn to colloidal silver, chlorine dioxide, essential oils and other natural cures, since natural medicine is the only system of medicine that can stop these engineered bioweapons. Which remedy works best against this particular strain, however, is entirely unknown, and if you are afflicted with this coronavirus, you should seek out immediate help from a naturopathic physician. If the CDC gets their hands on you, they will likely deprive you of any access to natural medicine while they take biopsies and blood samples, turning you into a human lab rat and imprisoning you under Obama-era Ebola quarantine rules.

Listen to my latest podcast for more details: