Uncensored and Independent Media News
Home
Health Freedom
Second Amendment
Prepping
Survival
Censorship
Subscribe
SHOP
Popular Articles
If the coronavirus makes it to Mexico, open borders will ensure a pandemic in the USA… and sanctuary cities will be hardest hit
02/01/2020 / By Mike Adams / Comments
Bypass censorship by sharing this link: 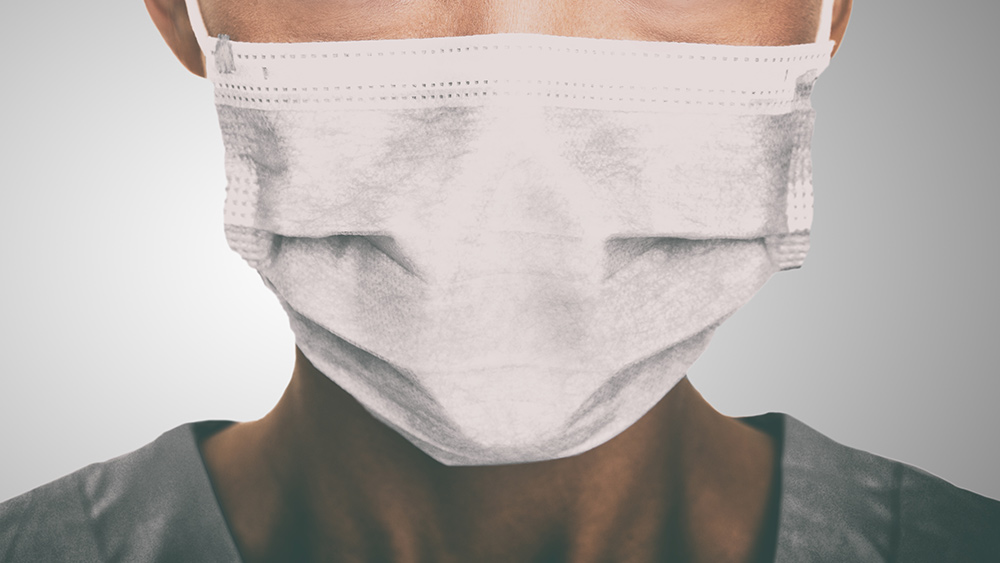 With the first confirmed coronavirus death now recorded outside of China, and with confirmed infections rapidly accelerating across 18 nations, it is becoming increasingly obvious to intelligent observers that the coronavirus pandemic cannot be contained.

The total number of confirmed infections has now skyrocketed past 14,000, with over 300 confirmed deaths and likely thousands more deaths being covered up by the communist Chinese government.

The World Health Organization today issued an urgent warning that this pandemic looks set to go global, urging all the nations of the world, “to be ready for a domestic outbreak.”

That warning from the WHO follows the publication of an alarming new study in The Lancet which warned that, “Independent self-sustaining outbreaks in major cities globally could become inevitable because of substantial exportation of presymptomatic cases and in the absence of large-scale public health interventions.”

With the coronavirus rapidly spreading outside of China, the window of opportunity to prevent this outbreak from going global is collapsing by the hour, and the chance of success against the virus is rapidly plummeting. Once the virus manages to achieve self-replication outbreaks in a place like Thailand or India, it’s almost certain to be impossible to contain on a global scale.

And that means, sooner or later, the outbreak reaches Mexico.

Can North America isolate itself from the rest of the world? Probably not…

In every outbreak, the first thing every government tries to do is quarantine the truth and deny reality. This caused China to avoid admitting to their own knowledge of human-to-human transmission in December, when the outbreak could have been more easily contained. In the United States, the lying left-wing media is also downplaying the pandemic, hoping to “prevent panic,” even at the cost of keeping people so ignorant that they will fail to protect themselves from infected carriers. The left-wing media, after all, really is the “enemy of the People” and now, they’re proving they are the enemy of humanity on a global scale.

It’s the same left-wing media and left-wing operatives who demand open borders between the USA and Mexico, resulting in a wide open vector for coronavirus outbreaks once Mexico is infected. If this virus spreads across any Central or South American nation, it will eventually end up in Mexico, and subsequently the United States.

Watch for the coronavirus to spread in sanctuary cities first

Once the coronavirus is in Mexico, its spread to the continental United States is an inevitability. Infected carriers from Mexico or South American nations will head for “sanctuary cities,” where they will spread the virus to virtue signaling liberals who have already decided they would rather be seen as “tolerant” than enforce border security. Soon, they may get to experience the real world ramifications of harboring illegals who are, themselves, harboring a pandemic virus.

The virus will spread rapidly in sanctuary cities due to the fact that many of those cities also happen to be overrun with filth, feces, used needles and homelessness — all factors that multiply the spread of infectious disease. Coronavirus has now been confirmed in human feces, by the way, just as I warned days ago in several podcasts (listen to all my podcasts at Brighteon.com). That means it will very easily spread in cities like San Franshitsco, where infected feces will be washed down the storm drains and into the Pacific Ocean, contaminating all the beaches along the West Coast with coronavirus.

Before long, the Left Coast of America won’t be limited merely to Trump Derangement Syndrome as its most devastating disease; it will be overrun by an engineered bioweapon that was deliberately designed to exterminate human beings.

Isolation is the only cure against the coronavirus, and isolation means “border security” — something Democrats absolutely despise for political reasons.

If the pandemic goes global, no country can remain isolated for very long

In summary, if Mexico, India, Thailand or almost any South American or African nation gets completely overrun by this coronavirus, it’s almost certain to spread globally and become endemic in the human population. Perhaps 5% – 10% of the exposed population will be killed, leaving the other 90% – 95% as survivors who now have immunity. These deaths will be concentrated in high density population centers (i.e. cities).

The governments of the world will promise a vaccine cure, of course, but if they roll it out too quickly, it won’t be well tested and may actually contribute to the spread of the pandemic in the same way that chicken pox vaccines spread the chicken pox. (It’s called “viral shedding.”)

Even if the vaccine gets fully tested and validated, that process will take at least a year, during which the wild strains of the coronavirus will further mutate into something the vaccine likely can’t treat anyway. We see that every year with the flu, where the flu shot is almost always pointless unless you’re a time traveler who might be exposed to last year’s strains of influenza.

Ultimately, if this outbreak is not stopped very soon — most likely by Feb. 8th — the chances of preventing it from becoming a global pandemic are rapidly approaching zero. While it may take many months to spread from country to country, the math is irrefutable. Every one person infects 2.68 others, and many of those are “stealth” carriers who show no symptoms. The total number of infected people doubles every 6.2 days, and government health authorities are always one step behind the outbreaks, since symptoms take from 2 – 14 days to fully develop.

If the odds of any one country achieving total success in containing the virus and halting all outbreaks is 50%, then the odds of all 18 countries currently infected with patients all successfully halting every outbreak with zero mistakes is 1 in 262,144. (That’s 2 to the 18th power.) It’s the same odds as flipping a coin 18 times in a row and getting heads as the result every time.

Listen to my podcast to understand where this is all headed: