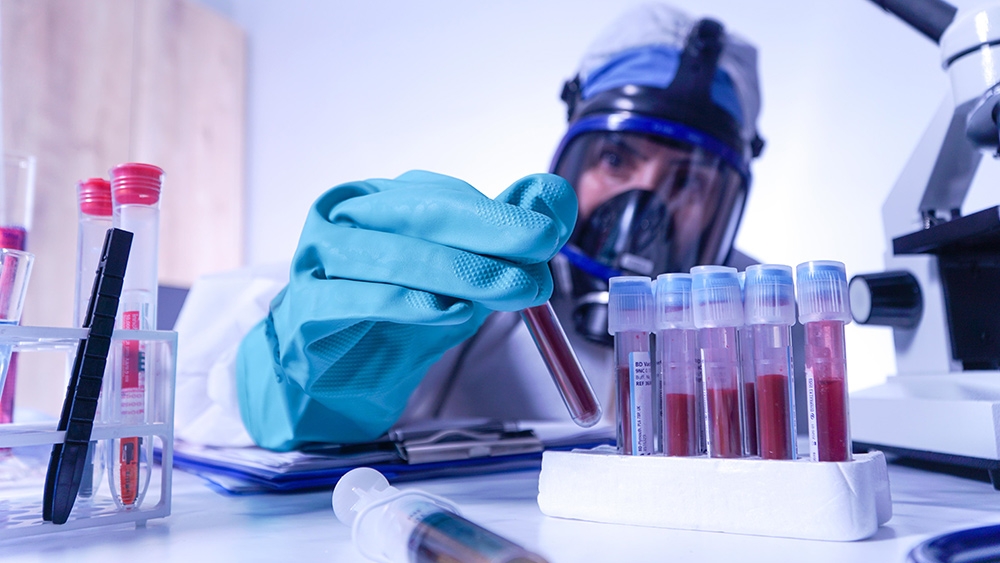 Today I finished tweaking the first draft of a pandemic projection model that simulates the spread of the coronavirus in the United States. The assumptions of the model are explained here, and you will find they are extremely conservative (using R0 value of just 1.82, for example).

The model’s predictions are nothing short of apocalyptic if the virus is allowed to spread without restraint across the United States. According to the model, there will be 2.16 million dead Americans by July 4th if domestic travel is not aggressively halted very soon (see the full projections below). This is not a prediction, since I believe that state governments and the federal government will intervene long before July 4th to declare, essentially, medical martial law.

That is now the only remaining option to stop the spread. It must be done soon. It may already be too late to prevent millions from getting infected.

Before we get to the conclusions of the model, here are the assumptions. As you will quickly see, these are very conservative assumptions:

– After 14 days, a 98% recovery rate for previously infected people.

– A 2% mortality rate among those who are infected. The WHO currently says mortality is 3.4% but we are going with a lower number to keep these projections more conservative. This model assumes they die after 14 days and then stop spreading once dead.

– Under this model, the number of total aggregate infections roughly doubles in a little over 7 days.

– We assume a newly infected person become infectious after 24 hours of being infected and remains infectious for the full 14 days, then stops being infectious because they are either immune or dead.

– Those who recover or are dead are removed from the “actively infected” pool so that the simulation only accounts for those who have acquired a new infection within the last 14 days.

– We are aware that 14 days may not be the final correct number, but it is a working number for the current draft of this model. This model will be updated with new data over time.

– The number of newly infected is calculated daily. In essence, this projection model is “compounded” daily.

– This model is still in a rough draft form and will no doubt be improved as additional data become available. The model is not yet peer reviewed and should not be cited as predictions or facts.

– The 2% mortality rate used in the simulation has a lag time of 14 days, so if you look at the raw numbers, it doesn’t appear to be 2%. That’s because we assume it takes 14 days for infected people to expire.

– The model assumes no strong intervention from anti-viral drugs, vaccines, government quarantines, medical martial law or similar reconfigurations on social mobility. Thus, this model predicts a scenario where nothing is done to contain the virus. In reality, this model is therefore not predictive for the real world over the long run for the simple reason that such strong interventions are inevitable. (In other words, state and national leaders must intervene or everyone will eventually get infected.)

Here’s what the “Adams model” shows: 2.16 million dead Americans by July 4th if strong travel restrictions are not put in place

As with every exponential growth curve, the numbers appear quite small at first, then suddenly explode as time goes by.

– The are NOT predictions. These are mathematical projections that assume no strong interventions such as martial law, travel restrictions, social isolation, etc. These numbers are nowhere near “worst case,” however, since they only use an R0 value of 1.82 (the real virus is believed to be closer to 6.6).

– If the numbers don’t seem to “add up,” that’s because there’s a 14-day lag time for the newly infected. Only after 14 days are they either alive and cured (98%) or dead and non-infectious (2%). But during the 14 days they are “actively infectious” and spreading the virus via R0=1.82.

– We will update these projects as the model acquires new data. We are calibrating the model based on the number of reported deaths, which we (foolishly) assume is accurate. This assumption may be false, meaning the reality of the situation may be far worse than this model predicts.

ADAMS pandemic model, Revision 1, using data up to March 5, 2020 to calibrate projections. Geographic scope is the United States of America only (doesn’t include Canada):

From here, the numbers only become more apocalyptic and irrelevant, since no governor or president will allow this exponential growth to continue unabated. For example, if allowed to run without restraint, the simulation says the number of infected Americans by August 5th will exceed the population of the entire country, which is obviously an impossibility since it would run out of people to infect first.

The upshot of this model is that you can now safely assume there will be severe travel restrictions put in place across America.

The chances of that occurring are as close to 100% as you can get, barring some miraculous intervention such as a spontaneous cure or act of God. Because if travel restrictions are not put in place, America falls.

Plan accordingly, since domestic travel in the USA will be largely shut down before the summer

The reason this exercise is important to follow is because it shows why President Trump (and various local governors) must declare emergencies and aggressively restrict travel before June at the latest. Otherwise, the number of infected and dead Americans becomes apocalyptic.

China achieved this by using draconian tactics that violate human rights and would, if applied in America, represent outlandish violations of the Bill of Rights. The tactics used by China, however, were at least somewhat effective at slowing the explosive growth of the virus (although we don’t know for sure how effective since nobody can trust China’s official numbers).

It seems unlikely that similar tactics could be successfully deployed in the United States due to the high mobility and generous freedoms of U.S. citizens. Nevertheless, wherever travel is not halted, this virus will spread. So we can expect all the following to (eventually) occur, as soon as the bureaucrats come to grips with the mathematical reality of this pandemic:

In effect, you might currently have 60 remaining to complete your bugout plan and acquire supplies to survive the coming “medical martial law.”

But this model is using very conservative, low numbers like R0=1.82. That means you might only have less than 30 days before the whole system starts to crater.

It also means, by the way, that naysayers and skeptics can still argue for the next 45 days or so that this epidemic is still “small in America.” That’s the nature of exponential growth: It seems really small at first, then it suddenly explodes overnight, out of control and beyond anyone’s expectations.

That’s because human beings were built to think in linear fashion, not exponential. Even I didn’t realize how quickly this explodes until I ran this model.

And I dare not use higher assumptions that are probably more accurate, perhaps out of my own fear of what that means for society. If those higher number are accurate — such as R0 = 4.5 — then it’s already too late and the collapse of society is now “baked in” for 2020. Let us hope that isn’t the case, but you can safely assume the decision makers at the CDC, FDA and NIH are woefully behind the curve on this and will act too late to stop this.

In essence, you’re on your own. Read Pandemic.news if you want to live, as we’ll be posting videos there with a large number of survival techniques and home formulas for making your own hand sanitizer, for example.