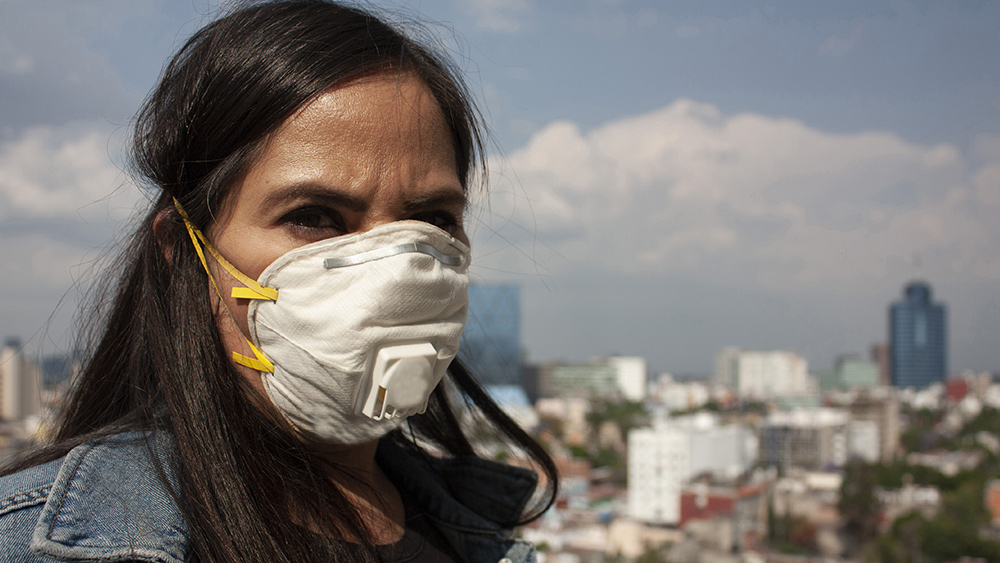 The globalists would love for the lockdowns to last forever. It’s the perfect globalist enslavement system: You stay home and stay off the streets, they skim money from the money-printing Federal Reserve, then they mail you big fat bailout checks along with vote-by-mail ballots so you keep electing them to send you more money while you’re slowly bled to death with currency debasement and medical police state surveillance.

What more could a globalist hope for?

That’s why it’s crucial that We the People beat this virus before the globalists finish us off.

And the only way to do that is to get real about the threat of this very real, laboratory-concocted biological weapon system that has been deployed against humanity. Dr. Judy Mikovits agrees on this point, by the way, that the coronavirus went through a laboratory and is a very real, very dangerous pathogen that’s transmitted from person to person (see video below). And that makes it dangerous. All the more reason to get informed and learn how to beat this thing before we all end up starved to death and vaccinated like cattle with “kill switch” euthanasia jabs that are about to be rolled out across America.

Yes, you are the lab rat for Big Pharma’s insane medical experiments, didn’t you know? And you can’t protest as long as you’re locked down. You can’t even criticize the vaccine depopulation agenda because you’ll be censored by Big Tech and the communist Chinese who now control Google, Facebook, Twitter and YouTube. Your only function from here forward, from the point of view of the globalists, is to die as quickly as possible so they don’t have to deal with you anymore.

Because the globalists are literally at war with humanity, and your very existence is an affront to their agenda of depopulation and mass genocide against humanity.

Sadly, far too many people still remain in a state of denialism about the existence of the virus and how it has been deployed as a weapon against humanity. Denialism isn’t a strategy for a pro-human victory against this virus. Those who claim the virus doesn’t exist or is “just the flu” are hurting humanity’s ability to fight back. They’re actually compromising human freedom by interfering with our grassroots response to defeat this globalist bioweapon before the death science engineers kill us all with their gain-of-function weapons that are specifically designed to target human tissue.

So here are ten basic facts that I urge us all to keep in mind as we end the lockdowns and reopen our economies. If we forget these ten facts, we will pay a very steep price for complacency. We may, in fact, not survive the globalist plans for mass extermination.

Defeat the virus and you defeat the globalists. They were almost defeated already, which is why they released this “nuclear option” bioweapon in desperation, by the way. It’s their last play, and if we defeat this virus, we can finally move against the globalists and “hang them in the streets,” so to speak, for their crimes against us all.

Basic Fact #1) The Wuhan coronavirus was developed in a lab. This virus was engineered with gain-of-function properties to target human tissue and spread from person to person in “stealth” mode (asymptomatic carriers). That’s why it’s the most dangerous global pathogen we’ve ever faced — because it was engineered to kill human beings. No, this is no “natural” virus from bats. What a joke.

Basic Fact #2) The Wuhan coronavirus was released in China, then spread across the globe. Never forget that this was released in China but could not be contained there. It spread so effectively that it encircled the globe almost overnight, even with efforts to block air traffic and close borders. None of those efforts worked, and the virus exploded worldwide anyway. This virus was never “contained” and will never be contained by any incompetent government. It will continue to spread as the lockdowns are lifted.

Basic Fact #3) The Wuhan coronavirus is transmitted from person to person. It spreads from the lungs of one person to the lungs of another person. Hence the wisdom in wearing masks in shared indoor environments or public transportation. This also explains why its unmitigated infection rate is exponential, not linear. And it has just barely begun to infect a small percentage of the total human population. (There’s much more excitement yet to come…)

Basic Fact #4) People who don’t know they are infected and show no symptoms can spread it to others (asymptomatic carriers). This is the “stealth mode” that makes this virus so dangerous. People spread it even before they know they have it, and they can bypass simple measures (such as temperature checkpoints) with ease.

Basic Fact #6) The Wuhan coronavirus mutates rapidly and can mutate to express affinity for different receptors in the human body. This means it can morph into a whole new form that nullifies all existing immunity or whatever vaccines might be working at the time. Literally overnight, this virus can render all vaccines obsolete, and it can reset every human being on planet Earth back to the “uninfected” status based on its receptor site mutations. Imagine going through two years of the ACE2 version of the coronavirus only to find out it then mutates to a whole new receptor and we get to start all over. That’s not science fiction… it’s a very likely outcome.

Basic Fact #7) Because of the rapid mutation rate, a vaccine may never be developed that works against the Wuhan coronavirus. This is a fundamental science fact, and it probably explains why the CEO of Moderna — the vaccine company touted by Trump as offering a miracle treatment for the pandemic — is selling his own stock shares like mad instead of buying them up like mad. If he thought the vaccine was going to be a huge success, he’s be buying, not selling stock. Does he already know the vaccine will fail? That’s what it looks like.

Basic Fact #8) COVID-19 is not an acute respiratory disease but rather a blood clotting / coagulation and inflammation disease, and ventilators are killing patients. This means the “standard of care” offered in most hospitals is actually a death sentence, which is why 88% of people who are put on ventilators end up dead. It also means the fatality numbers for coronavirus didn’t have to be as large as they are now, since many people were actually killed by ventilators when they really needed oxygen.

Basic Fact #9) Nutrition plays a key role in preventing coronavirus infections and transmission. We now know that those who have excellent nutrition (vitamin C, vitamin D, zinc, anti-inflammatory foods, etc.) almost never get killed by the coronavirus. We also know that natural treatments like chlorine dioxide have so far been shown to have a near-100 percent cure rate. But of course, anything that really works will be banned or criminalized because our world is controlled by a criminal drug cartel known as Big Pharma and the FDA. (The Food and DEATH Administration.)

Basic Fact #10) The only reason the number of hospitalizations and deaths is now falling in America is because the social distancing lockdowns worked. Without the lockdowns, the numbers would still be following an exponential expansion curve, and we would right now be witnessing perhaps 30,000 deaths per day in the United States. Thankfully, we’re really seeing something much closer to 1,000 deaths per day, down from about 2,800 per day. That achievement is largely due to the lockdowns.

In that realization is a stern warning for our shared future: If we end the lockdowns and pretend this virus is history, it will come back and bite us with a vengeance. Complacency will lead to catastrophe, which is why we must not become complacent as we work toward restoring more “normalcy” across society.

Denialism is a losing strategy, but facing this virus armed with facts and nutrition and real science, we can defeat it and move to defeat those who built it.

It’s time for humanity to rise up around the planet and declare war on those governments, institutions and corporations that are deliberately working to exterminate us. It’s time for humanity to invoke its right to global self-defense and stop the atrocities being carried out against us by virologists, genetic engineers and vaccine Nazis. We either take a stand and fight for survival or we get exterminated in the next 1-2 years with wave after wave of deadly vaccines and depopulation bioweapons that will be released right on schedule.

You think Fauci’s knowledge of a “second wave” is just a lucky guess? Nope, he’s in on it. He knows the second wave is coming because he helped fund the second wave of bioweapons that are being readied for release right now.

You think the lockdowns will be over soon? Not a chance. They’ll have you under house arrest yet again before this year is finished, shivering with fright from a second round of bioweapons and engineered vaccines that actually spread the pandemic even faster.

If you want to live much longer, it turns out you’re going to have to earn the right to live by fighting against those who are trying to kill you. And you can’t do that sitting at home collecting an unemployment check and voting by mail to elect the next round of complicit, corrupt criminals who are all bought off by Big Pharma death cultists. At some point, you’re either going to have to get off your ass and join the pro-human uprising or surrender to the vaccine euthanasia shots and die on your knees as a subservient vaccine slave.

Which will it be for you?