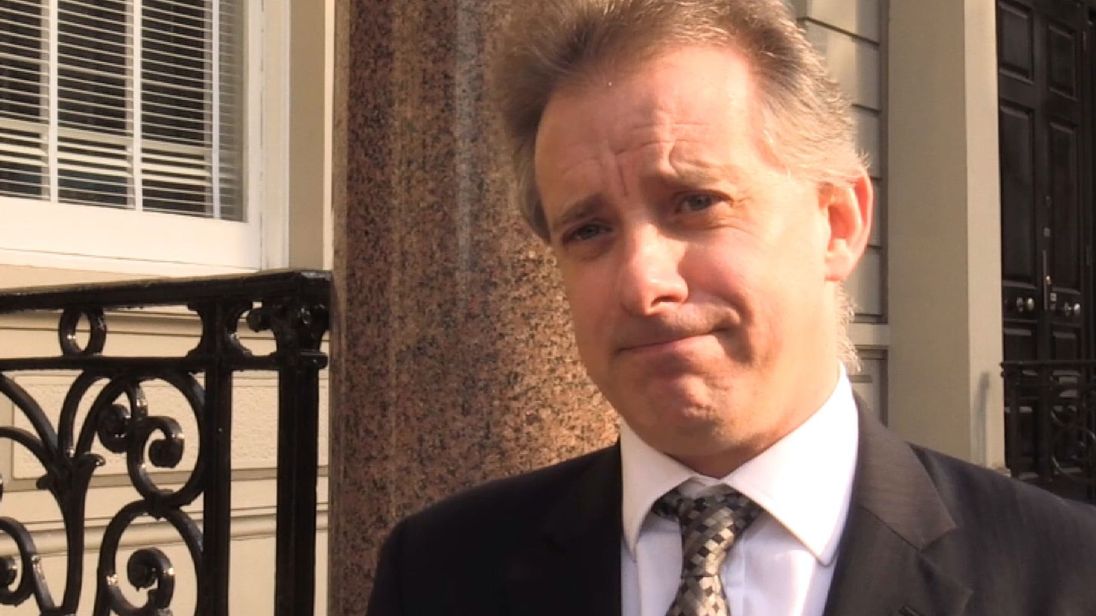 A recently released declassified footnote shows that the intelligence community and top officials in the Obama administration were aware that the dossier from former British spy Christopher Steele alleging collusion between Russia and the Trump campaign was largely uncorroborated in the early part of 2017.

John Ratcliffe, the Director of National Intelligence, declassified the footnote in question, also known as Annex A, on June 9 and released it to Senators Ron Johnson and Chuck Grassley at their request. Although some sections of the footnote are still redacted, the two-page document made it clear that officials had internal concerns about the dossier.

It read, in part: “An FBI source [Steele] using both identified and unidentified subsources, volunteered highly politically sensitive information from the summer to the fall of 2016 on Russian influence efforts aimed at the US presidential election. We have only limited corroboration of the source’s reporting in this case and did not use it to reach the analytic conclusions of the CIA/FBI/NSA assessment.”

Steele’s reporting had been commissioned by the opposition research firm Fusion GPS and was funded by the Democratic National Committee and the Hillary Clinton campaign through the law firm Perkins Coie.

Past reports have indicated that Perkins Coie was looking to have grounds to contest the results of the election based on evidence that was uncovered on the Trump campaign conspiring with Russia on election interference.

Annex A did not disclose who funded the dossier, nor did it disclose the fact that Steele himself wanted to prevent Trump from being elected. Department of Justice Official Bruce Ohr told the FBI in 2016 that Steele had a personal interest in seeing Trump defeated in the election. However, The Federalist reports that instead of being up front about his motivations, Steele was described by the FBI as being “an executive of a private business intelligence firm and a former employee of a friendly foreign intelligence service.”

Internal concerns about use of dossier

Despite having “only limited corroboration” and not being included in the main part of the Intelligence Community Assessment (ICA) on Russian interference in the election, large parts of the dossier were used in the annex to the assessment. An investigation by Justice Department Inspector General Michael Horowitz revealed that the Steele dossier was attached to the ICA at the insistence of senior leadership within the FBI.

While FBI Deputy Director Andrew McCabe pushed for including the report in the ICA proper, CIA officials called it “internet rumor” and felt it belonged in an appendix instead. McCabe argued that including the information in an appendix would be “tacking it on” and would minimize its importance, while former FBI Director James Comey felt that Steele’s reporting was “not ripe enough, mature enough, to be a finished intelligence product.”

The annex on the Steele dossier also did not disclose the fact that Steele was fired by the FBI as a source because he leaked information to the media about the dossier in question and then lied about it.

Trump was ultimately cleared of any criminal conspiracy, cooperation or coordination with Russia by an investigation from Special Counsel Robert Mueller in 2019.

Even though top Obama officials and the intelligence community knew the dossier was unverified, it was still used to obtain three controversial Foreign Intelligence Surveillance Act (FISA) warrants on Carter Page, a former Trump campaign aide.

Deputy Attorney General Rod Rosenstein recently said that in retrospect, he wouldn’t have signed the fourth application renewing FBI surveillance of Page if he knew then what he knows now. A Justice Department watchdog found several “inaccuracies and omissions” in the FISA applications the FBI submitted.