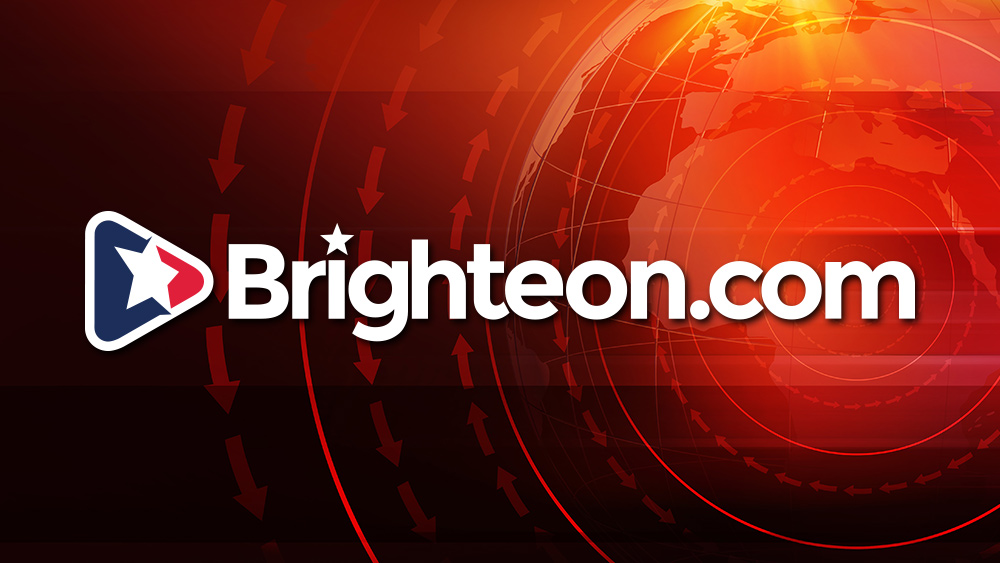 Some time over the last two weeks, YouTube spontaneously reversed its two-year ban on “TheHealthRanger” channel, restoring most of the twelve years of videos and hundreds of thousands of followers.

I reached out to my intel sources who have high-level contacts inside Google / YouTube. I was told that the DOJ is about to bring threats of criminal indictments against Google, and the tech giant is panicking to reverse some of its most egregious ban actions ahead of the DOJ indictments which are coming soon.

There’s even proof that YouTube has zero interest in actually restoring free speech to TheHealthRanger channel: They banned the very first video I uploaded, which explained that I’m not going back to YouTube because I’ve spent the last two years building Brighteon.com, the free speech alternative to YouTube.

YouTube not only banned that video; they set the views to “zero” while somehow showing hundreds of up-votes. Essentially, YouTube is playing games, trying to create the illusion that TheHealthRanger channel is fully functional, when it isn’t. Here’s the screen shot: 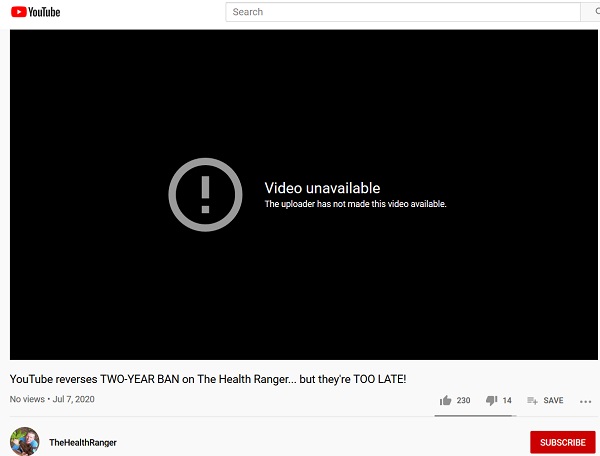 At various times, YouTube appears to temporarily allow the video, then they ban it again and set all views to zero. Below is a live embed of the YouTube video. Depending on how YouTube is rigging everything today, the full video may or may not appear:

After YouTube banned me two years ago, I launched Brighteon.com, the free speech alternative to YouTube. Brighteon has since exploded in popularity, now hosting over 50,000 users and channels (and growing by the day).

Myself and many other people are never going back to YouTube. Why submit to censorship tyranny and viewpoint discrimination when you can speak freely on Brighteon and other alternative platforms?

Even if Facebook, Google and Twitter reinstates me, I will never use those platforms again, except to bring people to alternative platforms. In fact, you can follow me on Parler.com at this link:

See more news about all this at YouTubeCensorship.com.

Listen to my full explanation in my new podcast, here:

Speak freely. Join Brighteon.com and move away from YouTube.