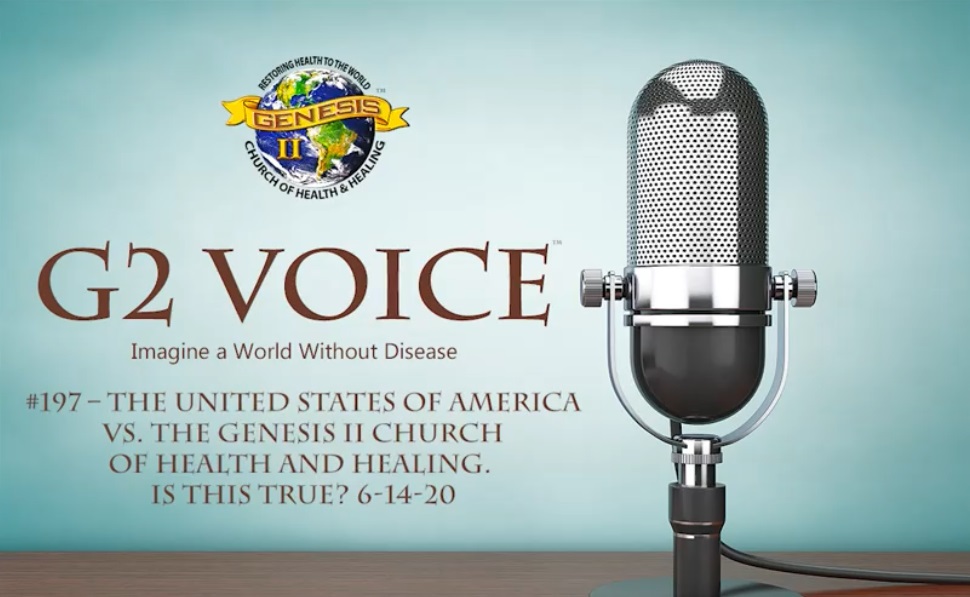 This is a Natural News breaking story. The U.S. FDA has deployed U.S. Marshals to illegally raid a church in Florida and arrest the two sons of Mark Grenon of Genesis II Church, which promotes MMS (chlorine dioxide) as a health remedy under First Amendment protections of religious freedom.

Two sons of Mark Grenon, founder of the church, have been taken into custody and are currently in a jail in Tampa. We have not yet learned what charges, if any, have been filed against them. Natural News spoke with Mark Grenon by phone earlier today, and he confirmed he is in Colombia and expecting to be arrested and extradited at any moment, and says he will not resist the extradition order but will stand his ground in court and argue for First Amendment protections for the Genesis II Church.

In addition to arresting his two sons under false pretenses, the United States government also seized the Genesis II Church bank accounts yesterday, denying the church access to funds that might be used for its own legal defense. This is one of the key elements of government tyranny: When they terrorize you with false arrest, they also seize your financial assets so you are unable to defend yourself against the full force of the government, which has access to unlimited funds to prosecute you.

Mark Grenon told Natural News that U.S. Marshals also stole everything out of Grenon’s church property, seizing bottles of MMS, computers and other items, utterly violating the sanctuary status of the Church and committing acts of theft against an active church.

Here’s the full interview with Mark Grenon from earlier today:

If a corrupt FDA can initiate such acts of terrorism against a church in Florida, what sort of destructive acts will other churches across the USA face next?

The Genesis 2 Church has a prolific video channel on Brighteon.com where you can learn about the teachings of the church, which centers around God being the source of the highest law:

The FDA is a criminal regime that protects the profits of Big Pharma, a murderous drug cartel

FDA approved drugs kill over 200,000 Americans a year, yet the FDA has focused much of its recent effort on criminalizing anyone who offers treatments, remedies or cures related to covid-19 or the coronavirus pandemic. Similarly, abortions kill millions of human beings every year, yet the abortion industry receives federal funding to support its operations.

Chlorine dioxide, which kills pathogens using oxygen and is recognized by the EPA as a water treatment solution, is claimed by many people to kill the coronavirus and relieve symptoms of covid-19 which include hypoxia (lack of oxygen). Chlorine dioxide floods the blood with usable oxygen, and according to its proponents, it can save countless lives during the pandemic while making vaccines and expensive drugs obsolete.

The science and medical establishment has gone out of its way to obliterate any treatments that don’t enrich the Big Pharma drug cartels. The Lancet science journal, for example, was recently exposed for publishing completely fabricated science that sought to destroy the reputation of hydroxychloroquine. After hundreds of scientists exposed the completely fraudulent data on which the study was based, The Lancet was reluctantly forced to retract the bogus science paper, which when originally published had managed to achieve the cancellation of hydroxychloroquine clinical trials all around the world (mission accomplished by the criminal Big Pharma drug cartel).

The FDA is a criminal front group that works to protect the profit interests of Big Pharma. This criminal agency typically uses U.S. Marshals to kidnap Americans who are residing in foreign countries, completely outside any due process, and force them back into the United States where they face rigged trials. Several years ago, the FDA did the exact same thing to Greg Caton who was kidnapped in Ecuador, placed onto a commercial flight in Guayaquil, and flown to the United States where he was convicted of federal crimes for merely manufacturing topical anti-cancer herbal salves using Amazonian rainforest herbs.

Right now, the FDA is actively plotting to mass murder millions of human beings with covid-19 by eliminating all effective treatments, including yanking the approval of hydroxychloroquine and pressuring pharmacies across America to stop filling prescriptions for the drug, which is an off-patent malaria drug that has been prescribed to millions of people for several decades, with virtually zero complications. Even worse, the FDA seems to be behind the new effort to force retailers to pull ivermectin from store shelves after information emerged that ivermectin — a common agricultural anti-parasite drug — showed promising results in covid-19 treatments.

In addition to actively working to eliminate hydroxychloroquine and ivermectin, the criminal FDA and FTC are attacking naturopathic doctors who promote vitamin C, vitamin D, zinc, quercetin and other nutritional supplements. Dr. David Brownstein is one recent victim of the combined FDA / FTC efforts to criminalize speech about covid-19 treatments. The FDA and FTC are also going after colloidal silver and chlorine dioxide, and in April of this year, the agency sent out a flurry of threatening letters to various promoters of colloidal silver products, pressuring them to stop selling those products altogether. InfoWars’ Alex Jones was one of the people who received such a letter, and as a result he pulled colloidal silver products from his InfoWars Store.

“The medical establishment, the FDA and the mainstream media are murderers,” a high-level source told me recently, in commenting about the FDA’s reign of terror across America to wipe out all treatments that actually work. It’s all a criminal plot to protect the upcoming vaccine profits for Big Pharma by making sure as many people stay sick and diseased until the vaccine is available.

If anyone should be arrested in America today, it’s the criminals who run the FDA and the deadly vaccine giants. They are the murderers who are killing Americans en masse by destroying access to nutrients, natural treatments and even online information that teaches people how to avoid becoming another victim of a deadly pandemic.

Stay tuned as we bring you more updates about the FDA’s war on natural medicine and its criminalization of churches that promote healing. There’s much more yet to come on this story.