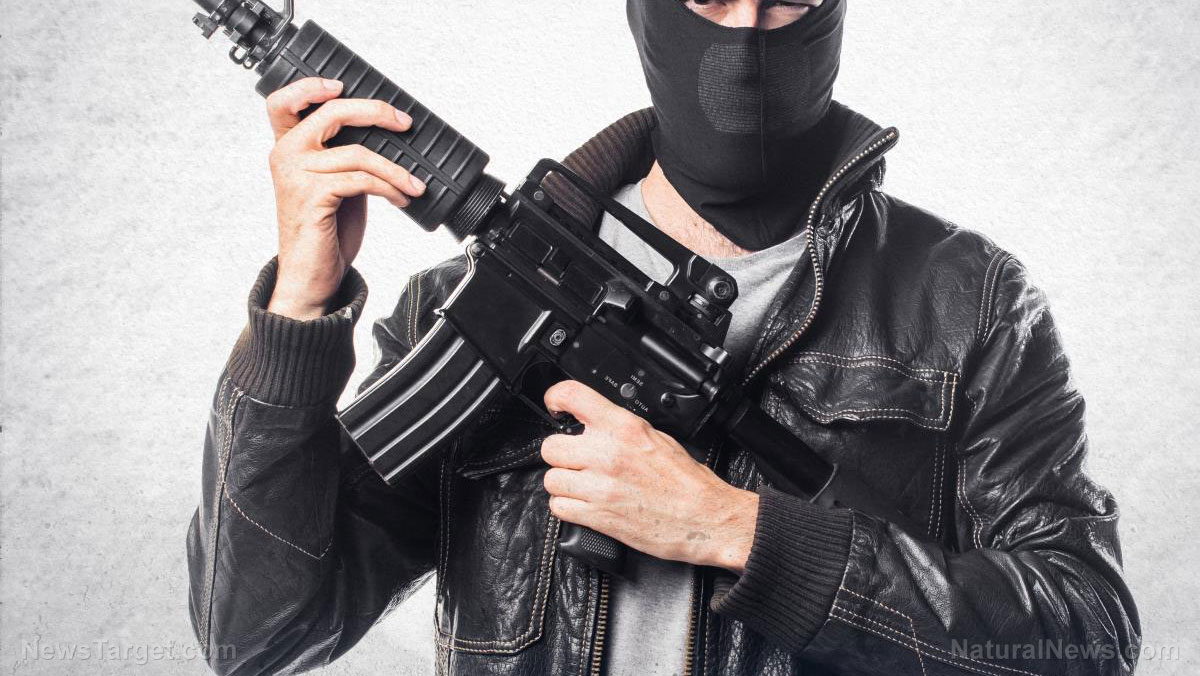 On July 3rd of this year, Natural News reported that communist China was trafficking full-auto weapons parts into Florida as a way to arm Black Lives Matter terrorists in advance of a planned armed uprising / revolution. US Customs and Border Protection (CBP) had interdicted and seized a shipment of over 10,000 full-auto upgrade parts that convert semi-auto rifles into full-auto weapons of war.

According to the CBP announcement from June 26th, the shipment originated in Shenzhen, China and was destined for “a residence” in Melbourne, Florida. Inside the shipment was over 10,000 small machine parts that function as full-auto drop-in upgrades for AR-15s. Natural News was able to determine that this operation was part of an attempt by communist China to destabilize the United States by arming Antifa and Black Lives Matter terrorists.

Now, US Immigration and Customs Enforcement (ICE) officials have seized an operation in Detroit that smuggle suppressors (silencers) into the United States from China, also for the purpose of arming Black Lives Matter militant extremists. As reported by The National Pulse:

The team determined “more than 350 suppressors seized by law enforcement across the county were purchased from the website and smuggled into the United States from China as automotive parts.”

The entire website was reportedly operated by China, and its purpose was to arm Black Lives Matter terrorists who are working with communist / Marxist forces in the United States to overthrow the government and nullify the Constitution. As The National Pulse explains:

The July 13th announcement also casts a report from the Wall Street Journal noting the appearance of illegal firearms and accessories appearing around Black Lives Matter (BLM) protests across the country in a curious – and perhaps foreign – light.

The article documents the sharp increase in the number of guns being carried into protests by Black Lives Matter extremists.

The National Pulse also documents how “11,000 assault weapons parts” have recently been caught during an attempt to smuggle them into Louisville, Kentucky. The origin of the parts? Shenzen, China.

There’s now no question that China is actively working to destabilize the United States of America in a multitude of ways, including working with Mexican drug cartels to smuggling heroin and fentanyl into the U.S., killing over 50,000 mostly military-aged young men in America each year. This is a deliberate chemical weapons attack on the United States.

At the same time, China is bribing U.S. officials, including family members of Joe Biden who have received millions of dollars from Chinese corporations. China is also engaged in multi-billion dollar money laundering operations for California Governor Newsom who is running an elaborate taxpayer-funded embezzling operation that funnels billions of dollars of public money into Chinese corporations which launder the money and transfer a portion back to Newsom, under the control of his shell corporation front companies.

Now, we know that China is also smuggling military-grade weapons parts into the United States and even running online retail websites to sell and distribute those parts to anti-American forces such as Antifa and Black Lives Matter. Importantly, Black Lives Matter is a domestic terrorism organization that was founded in part by a convicted terrorist named Susan Rosenberg, who took part in the plotting of bombing government buildings. 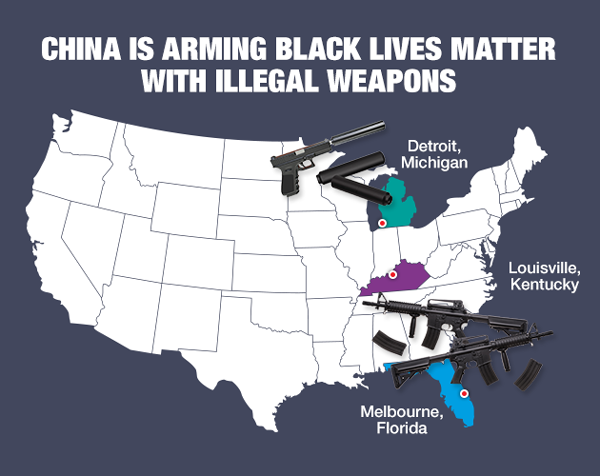 Now, it seems that Black Lives Matter is not only being financially supported by hundreds of U.S. corporations that are bowing down to the terrorists as some twisted form of virtue signaling; even communist China is now supplying weapons to the group in the hope that BLM might succeed in overthrowing the U.S. government and eliminating President Trump, who has declared an end to China’s exploitation of America’s weaknesses under Obama, Biden, Clinton and other traitors.

The upshot of this is that once the civil war uprising is activated by Black Lives Matter — which will likely happen by November at the latest — armed American citizens (who typically own only semi-auto firearms) will be facing off against Black Lives Matter and Antifa terrorists who have full-auto weapons upgrades and suppressors, allowing them to operate more effectively at night as they try to pull off assassinations and the mass murder of Christians, White people, Trump supporters and conservatives.

On top of that, separate intel sources have told Natural News that Black Lives Matter groups are stealing armored personnel carriers from National Guard bases and law enforcement agencies in certain U.S. cities. Quite literally, these armored vehicles are “disappearing” from the inventory of National Guard bases, and it turns out that anti-America traitors are working from inside the National Guard in liberal states like California to steal these high-end, armored vehicles that can be used to rapidly deploy BLM militant troops.

Remember when Obama said that he wanted a “civilian army” that would be just as strong and powerful as the U.S. military? His loyalists are quite literally building that civilian army, and they’re doing it with the help of communist China and traitors inside the National Guard.

When the full revolution is ignited, heavily-armed Leftists — who are carrying the very same “weapons of war” they claim to want banned from civilian ownership — will descend on the homes of local Republican leaders, police officers, sheriff’s deputies and notable conservative commentators, and they will be given order to execute those targets. Make no mistake: This will include people like Sean Hannity, Mark Levin and Tucker Carlson. It will also include alternative media personalities like Dave Hodges, Alex Jones, Steve Quayle and even myself. This is why I have urged my colleagues to get fully prepared with battle rifle training, night vision gear (ReadyMadeResources.com), chest rigs and expanding tip ammo (“Controlled Chaos”). It also doesn’t hurt to have guard dogs and perimeter alert systems in place, among other tactics.

Prepare with a new FREE audio book that we’re about to launch in the next two weeks: The “Global Reset Survival Guide”

I’ve recorded a nearly nine-hour audio book called The Global Reset Survival Guide. This will be a full, FREE download from NaturalNews.com, including a PDF document and raw .mp3 files that you can listen to on any device.

This download will be exclusive to NaturalNews.com email newsletter subscribers, so if you’re not already subscribed, sign up at this link (it’s free). You’ll be alerted when this download becomes available (soon). 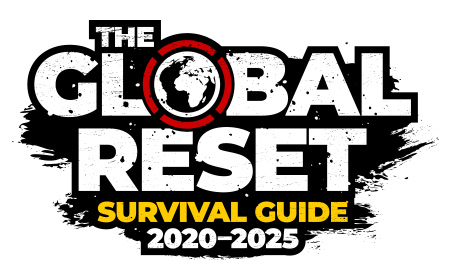 This Global Reset Survival Guide teaches you a wealth of lifesaving information about how to deal with the coming Global Reset, including:

With nearly nine hours of audio book content, this free download is a lifesaving collection of knowledge that you absolutely won’t want to miss. Watch for the announcement on NaturalNews.com within the next 14 days.