Reports are coming out about people all across the country who are having trouble converting their fiat U.S. dollars to precious metals such as gold and silver using credit card companies and banks.

Purchasing precious metals on your VISA or Mastercard, in other words, is supposedly no longer an option, at least for some people. And in some cases, people are reporting that their entire credit lines are disappearing for even daring to make an attempt.

One individual quoted by the Hal Turner Radio Show says that an attempt to purchase some silver on an American Express card resulted in the purchase being declined and the credit line removed. This person says the card was already at a little more than 50 percent, or about $5,000 of the $10,000 total credit line, and that the attempted silver purchase was for only about $2,000.

“I have a 700+ credit score, 300k a year income, never missed a payment, anyone else experienced this?” this individual is quoted as asking, confused about why such a purchase would be denied. “Seems odd the purchase was silver and they decided to kill my credit line and cut me off.”

A quick call to AMEX led to this person being told that his credit “was removed for being at risk and because of the balance.” But he reportedly told Hal Turner that just a year ago he was free to max out the credit card no problem, and that when he did AMEX would simply up the credit line.

“Now, I’m cut off even though my FICO score is in the 700s … I think it was blocked specifically for buying metals.”

All of this would seem to be part of the impending collapse of Western civilization, the silver lining of which is covered in the following episode of The Health Ranger Report with Mike Adams – be sure to watch!

At least two other listeners to the Hal Turner Radio Show have reported similar experiences, all within the past few days. One of them speculates that the banks in general know what is about to happen and are trying to stop people from converting their perceived wealth, fiat dollars, into actual wealth, this being precious metals.

Perhaps the banks are aware of the fact that increasingly more Americans are waking up to the fiat “money” scam, which economic experts like former Representative Ron Paul of Texas have been warning about for years.”

As we covered back in 2015, our fiat system, which is a phony creation of the private Federal Reserve corporation, is illusory. It will only last for so long before suffering a fatal and irreversible crash, leaving everyone who still has piles of fiat dollars with nothing.

This is because the U.S. dollar is currently backed by nothing, and has not been backed by anything since it was pulled off of the gold standard. Consequently, the idea of money as most people know it is fake, and only has value because most people still think it has value.

Once this deception is peeled away, however – which would seem to be a growing trend – more and more people are going to try to convert their fiat dollars to silver and gold, hence why the banks are already intervening to try to stop us all from accumulating any actual wealth with our hard-earned fiat dollars.

“They WANT people dependent on fiat currency,” notes Turner, adding that “self-sufficiency (is) not allowed.”

More news stories about the collapse of our fiat-backed fake economy are available at Collapse.news.

Is the U.S. Treasury trying to END currency by taking change out of circulation?
By Isabelle Z. 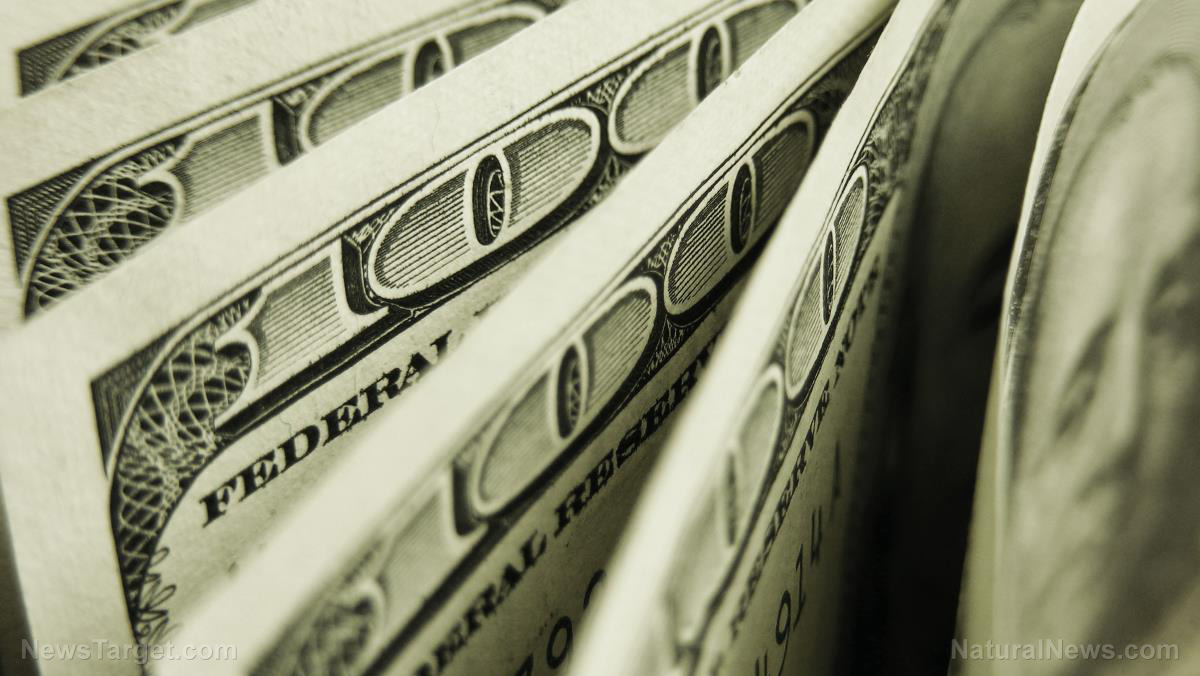