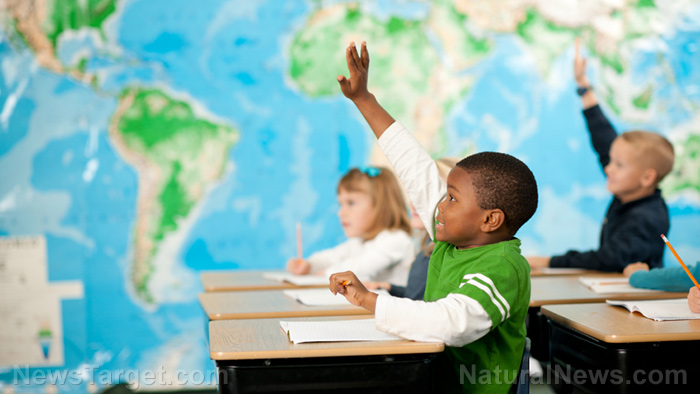 The U.S. dollar is rapidly losing its value, like never seen before in history, as Congress approves trillion dollar spending packages left and right. As the collapse of the dollar accelerates, the globalists and central bankers see an opportunity to create a one-world digital currency. After the historic lock down of 2020, democrats in Congress gave the world a glimpse of this new system when they proposed that stimulus payments to Americans be issued via digital dollar and wallet.

The result of this mad dash to pump trillions of dollars into a shutdown and heavily restricted economy is that our children and grandchildren will not only inherit more national debt, but also higher taxes and hyperinflation. They may also witness the implementation of a dominant, competing one world digital currency that would be economically engineered to slowly overtake the U.S. dollar and become the ultimate form of control over people’s lives.

“In God We Trust” has theoretically been erased from the U.S. dollar as Americans become more dependent upon an authoritarian system of government that takes away economic freedom and personal liberty and then prints out helicopter cash to keep the population controlled. With each huge spending package, Donald Trump pushed America closer toward a one-world government where a tyrannical authoritarian regime oversees a one-world digital currency. Once the currency is controlled in this way, people will no longer enjoy the freedom and autonomy of the dollar. Every purchase and sale would become data that can be regulated, tracked and monitored. This system could readily be used to force people to comply to public health orders, lest their ability to earn, retain, or spend their money be suspended or revoked.

This will coincide with medical mandates. The covid-19 vaccine is too big to fail, as billions of taxpayer funds are siphoned from the people and pumped into biotechnology companies. The latest stimulus package, according to Treasury Secretary Steve Mnuchin, is going to focus on “kids and jobs and vaccines.”

Our children and grandchildren are being mentally enslaved as they are forced to submit to behavioral controls wherever they go. Children are being trained and conditioned to distrust their immune system, to submit to medical mandates in order to feel safe. Of these mandates soon to come are perpetual injections of coronavirus RNA that hijack normal cellular operations within their body. These new experimental RNA injections, fast-tracked and bypassing animal safety tests and placebo-controlled studies, are intended to reprogram the child’s immune system to create properties of a virus, forcing the immune system to attack these artificial properties encoded into cellular functions. This grand experiment is being carried out on top of the seventy-two doses of liability-free vaccines that children are already receiving.

Because governments are now telling the population that they cannot live normally without a vaccine, our children and grandchildren are being trained to accept vaccine coercion and vaccine mandates as preconditions to freedom and faith. This is mental torture and conditioning that will have lasting effects for generations to come, and it will be the driving force behind mass compliance to an inherently dangerous process of immune system genetic engineering, pharmaceutical dependence, and the acceptance of vaccine injury as a normal sacrifice for our civilization.

The current administration in the White House is caught in a conflict of interest. In order to be reelected, the President needs a robust stock market return on the vaccine investments that billions of dollars propped up. The President is now depending upon rushed vaccines (that are skipping seven to ten years of safety studies) that will be delivered with the force of the military, (as the President suggested) to promote a narrative that the people are suddenly saved and can now re-enter the world free of fear. In this delusion, many will become victims, mentally and physically.

We can only hope that our children and grandchildren will learn to reject this forceful paradigm of fear and control that is currently destroying our livelihood, freedom and faith.