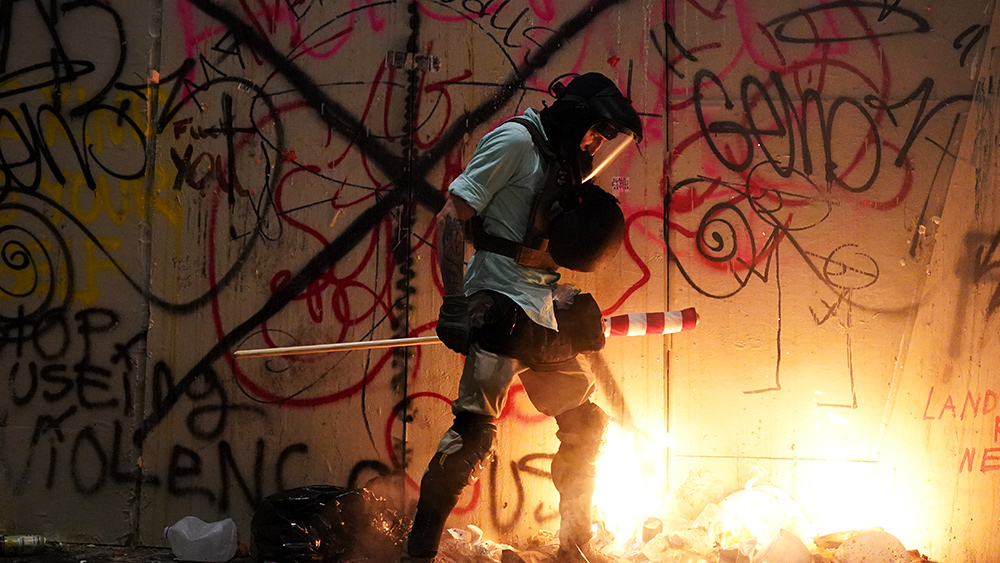 The treasonous corporate media are deliberately lying to America, falsely claiming the violent riots in Portland, Seattle and elsewhere are “peaceful.”

In truth, violent left-wing rioters are setting fires, attacking innocent people, destroying property and even attempting to trap federal agents in buildings while burning them down. The crimes being carried out by left-wing rioters include felony assault, arson, vandalism and homicide.

Yet the lying media — even Fox News to some extent — claims the protesters are “peaceful.” Why?

Because they are setting up a narrative to claim that federal agents or Trump supporters have started “shooting peaceful protesters.”

They’re trying to provoke a self-defense shooting response and then blame Trump. In order to pull off this false narrative, they have to continue to claim the protests are “peaceful.”

It’s all a malicious, coordinated lie by the fake news media, all of whom should be forcibly shut down and prevented from ever operating again. The media is the enemy of America. Now it’s perfectly clear.

Watch this powerful video to see for yourself:

Read more truth about the lies of the corporate media at Journalism.news.