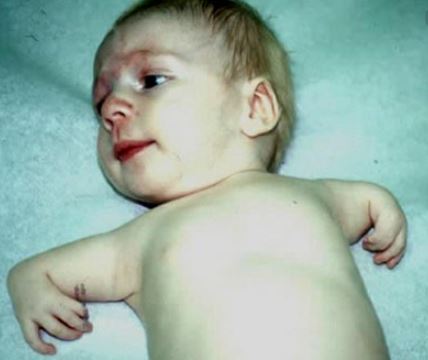 Ready for brain surgery from a doctor who’s just experimenting and doesn’t really know what he’s doing? Well then, you’re not ready for a covid vaccine either, because it’s all just one big experiment, with no proper clinical trials for safety or effectiveness, without dangerous health side effects. In everybody’s frenzy, especially parents of young children and pregnant women, to get injected with anything that might stave off coronavirus 2.1, let’s all remember (or learn if you don’t know history) that back in the 1950s and ’60s, more than 20,000 prescriptions of thalidomide were dished out to pregnant women for their morning sickness, though it was never tested on pregnant women at all.

The actual patients were considered the “clinical trial,” just like 200 million Americans (or more) will be the guinea pigs for the new covid jab. Yes, thalidomide was tested on a mass target market of naive pregnant women, and the result was 20 thousand babies born with horrific birth defects, like shortened limbs, and the drug was then quickly pulled from market, too little, way too late. Many other babies died from thalidomide around their time of birth, and others suffered heart, eye, ear and urinary tract problems.

Will you be the guinea pig for dangerous, experimental vaccine “clinical” trials come January 2021?

No vaccine has ever made it to market as fast as they’re saying this covid shot will, and there’s no possible way it will be tested that quickly for safety or efficacy either. This is how the savage medical industry, called I.G. Farben, in Nazi Germany, functioned. It was basically a biological weapons program, just like the vaccine industry in the USA right now. The ironic part of this story is that thalidomide was developed by Nazi Germany’s chemical industrial complex, just like American chemotherapy today. Ever heard of Zyklon B? Same gas used in the gas chambers is used on US crops as a pesticide now. Don’t you know glyphosate is the new deadly Zyklon B for humans who eat Roundup Ready crops, like GM corn and soy?

American doctors assured all pregnant women that thalidomide was “safe and effective,” just as they all will be instructed to do for Pfizer’s dangerous covid vaccine

In the 1930s through the ’60s, more than 20,000 US medical doctors endorsed cigarettes as healthy, good for digestion, and they even recommended their “favorite brands,” even after science-proven studies that showed smoking causes lung cancer. They still pushed cigarettes for 30 years, killing US citizens slowly and treating them with more toxins called “prescription medications.”

Then, the FDA approved thalidomide, knowing it was dangerous and created mutant babies all across America. All doctors were told to “stand down” and not say anything, until the lawsuit settlements became too large, then they would finally recall the drug from market. No apologies. No fixing the damage that was done for decades.

Everything medical that’s corrupt and dangerous is always touted as “safe and effective.” That’s the favorite slogan, especially for the vaccine industry, even though they’ve doled out over $4 billion in vaccine damages in the past two decades. Yep, and mostly for the influenza vaccine that contains mercury. Deadly mercury.

The new covid vaccine is expected to contain human abortion cells and possibly untested, experimental time-release capsules of medications that could terminate pregnancies, cause birth defects, cause mad-hatter-syndrome, or even cause a major outbreak of the live viral strains via shedding (the vaccinated people spread it for 2+ weeks after getting the vaccine).

Is this the last war crime of the Nazis, or was it thalidomide? Maybe it’s Bayer/Monsanto’s pesticides on our crops that are like a slow-churning, burning gas chamber of death delivered by cancer and dementia. Now they literally use thalidomide in chemotherapy for cancer patients in the US. It’s part of the program where if you check into a hospital with cancer, you never check out again.

Tune your internet dial to Vaccines.news for updates on how to charge Bill Gates with crimes against humanity for funding and pushing toxic vaccines on the world. This is not conspiracy theory. The US government, along with the CDC, Merck, Pfizer, and several others put freaky ingredients in today’s vaccines to purposely harm Americans and limit the population. Check the CDC website for vaccines yourself right here if you don’t believe they use mercury, African Green Kidney cells, human abortion cells, MSG, formaldehyde, and deadly pig viruses called circovirus. What else do you not know?