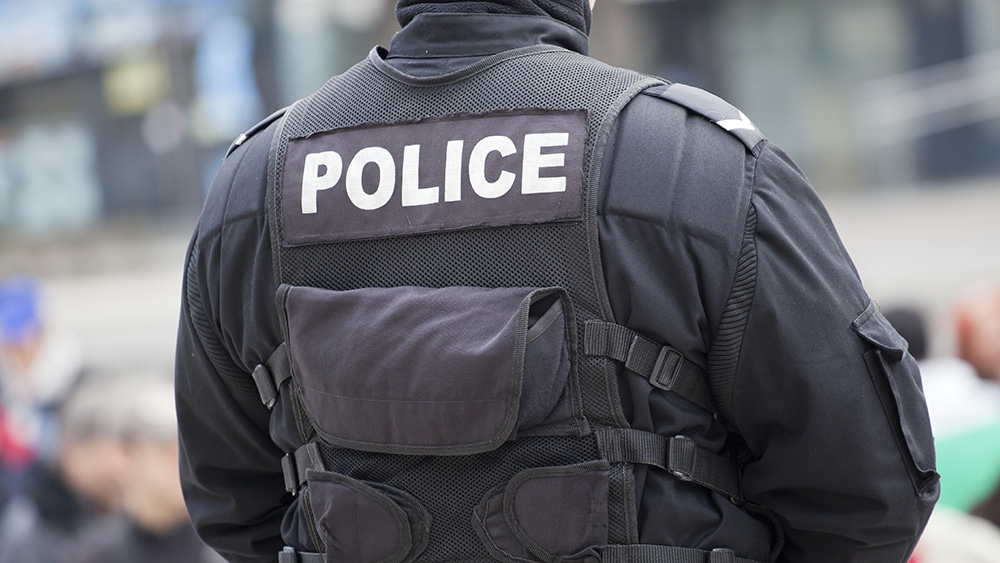 The Marxist Left’s war on America is continuing unabated and is now being waged against the “thin blue line” — our country’s law enforcement personnel.

As reported by Breitbart News, anti-police anarchists around the country have been demanding that police and other law enforcement officers and agents be “doxed” so that they can then be ‘visited’ by angry, violent mobs who will target not just police officers but their families as well.

Malicious hackers have targeted more than twenty police departments and law enforcement organizations across the country in the past two months, releasing identifying information that could jeopardize the safety of tens of thousands of officers, Breitbart News has learned.

The outlet reported further that hackers also published internal passwords for staffers at the Maryland Department of Public Safety and Correctional Services, the agency that oversees the state’s prison system.

In a separate instance, hackers made an offer to find and publish the personal and work emails of staffers at the Minneapolis Police Department to include the chief spokesperson for the department, but it’s not clear yet if anyone has responded.

“In the files and message board posts reviewed by Breitbart News, the hackers didn’t ask for money, suggesting that their motive isn’t financial. Instead, some appear to have political or ideological reasons,” the outlet notes.

The name of the most active hacking group is “Kelvin Security,” and its members have already doxed some in the Trump family, to include putting the email addresses and phone numbers of President Donald Trump and first lady Melania Trump online.

It’s not just police in besieged cities like Portland, Seattle, and Louisville, Ky. being exposed. Last month, federal officials revealed that about 38 federal officers defending a courthouse in Portland were doxed.

“To target or share private information about a police officer simply because of their profession is especially disturbing,” said New York State Senator Patrick M. Gallivan (R) in a statement to Breitbart News.

He recently introduced legislation that would criminalize the doxing of police officers in New York, but it’s unclear whether the Democrat super-majority will go along because, after all, they’re supportive of anti-police and anti-law enforcement efforts. (Related: Is treasonous FBI running BLM riots? Photos, videos appear to capture FBI agents playing roles of armed rioters.)

“As a former New York State Trooper and twice elected county sheriff, I am dismayed by what we have seen over the past several months,” Gallivan added, Breitbart reported. “The unwarranted attacks on law enforcement officers across the country should be a concern of all law-abiding citizens. We have to do more to protect our police officers at every level if we expect them to protect our communities and our citizens.”

It only makes sense that deranged Left-wing anarchists are becoming increasingly brazen in their attacks against law enforcement.

When you have ‘leaders’ like House Speaker Nancy Pelosi of California outrageously calling federal officers protecting government property (and lives) “storm troopers” — a blatant reference to the Nazi brown shirts and their violent tactics in the 1930s — it’s no wonder attacks against cops are increasing.

These are not the actions of a democratic republic.@DHSgov’s actions in Portland undermine its mission.

Trump & his stormtroopers must be stopped.

Federal Protective Service (FPS) Deputy Director of Operations Richard Cline told reporters in July regarding federal agents in Portland, “We are going to convert their name [tags] to their badge number as about 38 of our officers that are out there have been doxed and their personal information has been put online.”