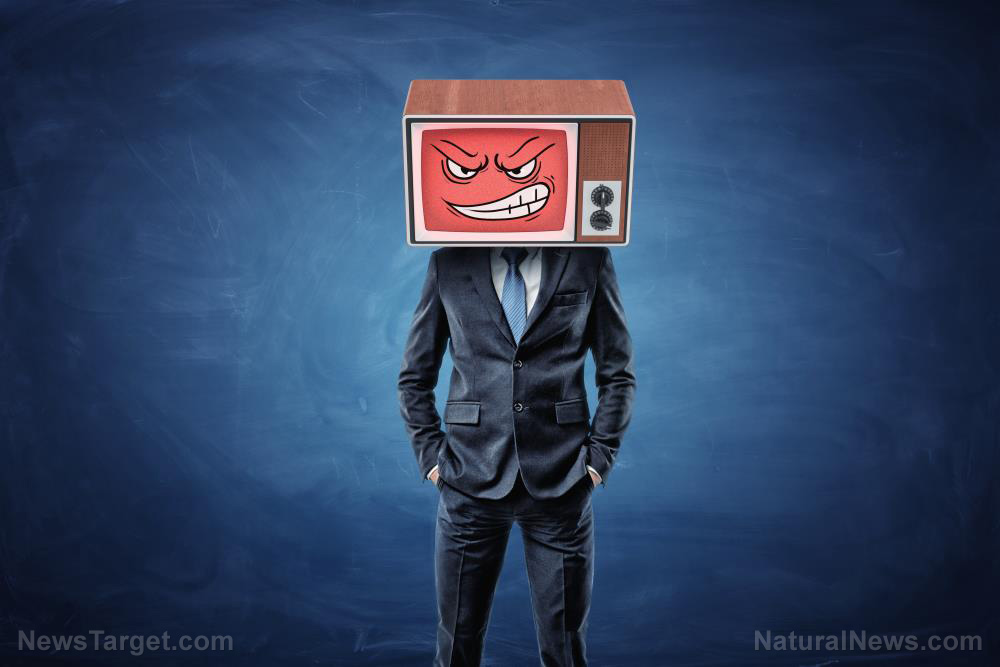 This also happens to be the same posture of the Biden regime, which also sees the American people as the enemy, since most Americans didn’t vote for Biden and know the election was rigged.

Pushing the envelope of criminal journo-terrorism, CNN’s Drew Griffin is now engaged in crimes of cyber stalking and harassment in his attacks on Charlene and Ty Bollinger (see video below), doxing their home address while attempting to incite radical left-wing lunatics into committing violence against the Bollingers. While Twitter deplatformed James O’Keefe by claiming he interviewed a Facebook executive in front of his house, Twitter isn’t deplatforming CNN for doxing the Bollingers (because the tech terrorists and media terrorists all work together, of course).

Now, Bank of America is also engaged in terror-minded financial crimes against its own customers, surreptitiously scanning credit card transaction records to determine who bought air tickets or made hotel reservations in the D.C. area for January 6th, the day of the false flag capitol “riot.” In utter violation of federal law and the Fourth Amendment, Bank of America turned over these records — without any warrant ever being issued — to the FBI, another terror-linked organization that now operates as the law enforcement branch of Antifa / BLM to terrorize American conservatives and Trump supporters with politically-motivated investigations.

Meanwhile, Disney fired Gina Carano for a tweet where she warned that Leftists in America today were following in the footsteps of the Nazi-linked Germans who vilified Jews during the “cancel culture” of the Third Reich. For pointing out this powerful truth, Gina was fired by Disney, a corporation with a long history of child exploitation and globalist brainwashing.

Hundreds of U.S. corporations gave millions of dollars to Black Lives Matter in 2020, directly funding domestic terrorism of the Left. But those same corporations claim conservatives are the enemy, and they are now weaponizing their customer records, employment offices and merchant platforms to punish all conservatives, Christians and White people for their very existence.

The ultimate goal of this radical, dangerous, authoritarian Left is the mass execution of all conservatives and Christians in America. All they need now is a false flag mass shooting directed at their own people in order to whip up the national call for gun confiscation and the criminalization of conservative beliefs.

Trust me, that day is coming… they are putting together the plans for it right now. You haven’t even begun to see the mass mental illness that will be embraced Left-wing lunatics when they roll out their next false flag operation. It will make Sandy Hook look like a picnic.

Also read LeftCult.com for daily reporting on the dangerous, mentally ill cult of the radical Left.