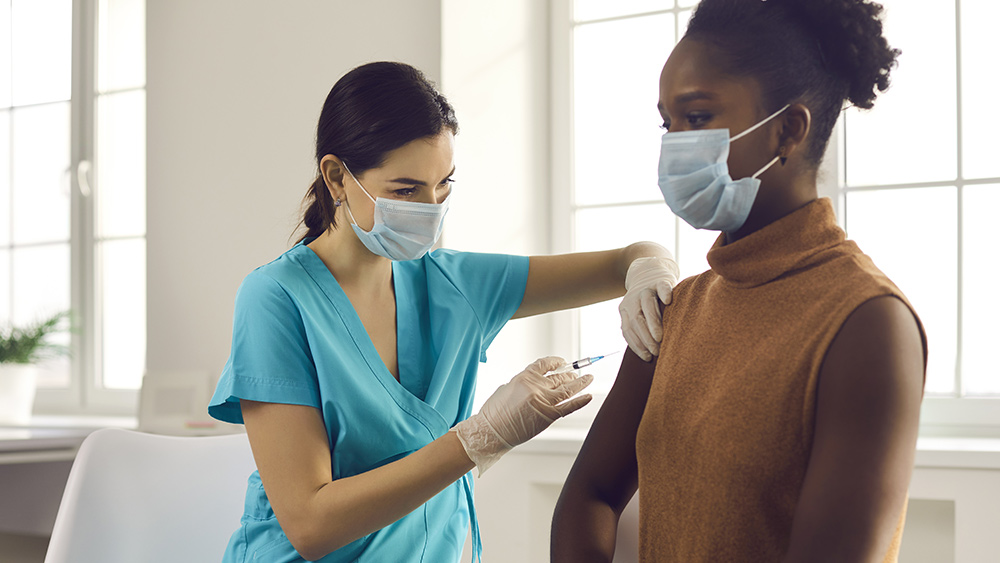 A new paper published in Eurosurveillance shows that a recent Wuhan coronavirus (Covid-19) outbreak was ignited by someone who is “fully vaccinated.”

Even though 96 percent of those exposed were also fully vaccinated – most were also using personal protective equipment (PPE) as the incident occurred at a hospital – five patients died and nine others developed severe symptoms.

The outbreak took place at an Israeli Medical Center where nearly everyone was wearing N-95 surgical masks and wearing extra layers of clothing – both things that Tony Fauci told us all would keep everyone “safe” against the Chinese Flu.

None of this stuff worked, though, as a fully vaccinated patient contracted the disease and spread it around the facility. It is also important to note that several of the transmissions occurred between people who were both wearing surgical masks, proving that masks do not work.

In one case, an infected individual was wearing full PPE, including an N-95 mask, a face shield, a gown and gloves. In the end, some 42 people contracted the Fauci Flu from the fully vaccinated “patient zero.”

“Of the infected, 23 were patients and 19 were staff members,” reported The Defender. “The staff all recovered quickly. However, eight vaccinated patients became severely ill, six became critically ill and five of the critically ill died.”

Fully vaccinated people are killing others

Keep in mind that Israel is one of the most fully vaccinated countries in the world. Despite this, severe cases of the Wuhan Flu are skyrocketing among those who took the jabs.

The unvaccinated, meanwhile, appear to be mostly asymptomatic or are experiencing mild symptoms at worst. Natural immunity would seem to be far more effective than anything these injections are producing.

“This communication … challenges the assumption that high universal vaccination rates will lead to herd immunity and prevent COVID-19 outbreaks,” the authors of the paper wrote.

“In the outbreak described here, 96.2% of the exposed population was vaccinated. Infection advanced rapidly (many cases became symptomatic within 2 days of exposure), and viral load was high.”

Because patient zero was fully vaccinated, hospital staff reportedly did not test her for Chinese Germs like they would have for other patients. They instead just assumed that she had a possible bloodstream infection exacerbating congestive heart failure.”

This assumption proved to be a fatal error that caused many people at the hospital their lives. And, probably none of this would have happened had the “vaccines” never been administered in the first place.

“This is a very interesting paper and it is scientifically very sound,” commented Dr. Brian Hooker, PhD, PE, a Children’s Health Defense (CHD) chief scientific officer and professor of biology at Simpson University in California.

Meanwhile, BioNTech CEO and co-founder Ugur Sahin is already claiming that another new Chinese Virus vaccine will be needed in 2022 to protect against “future mutations” of the disease.

Much like seasonal flu shots, the plan is to make covid jabs a routine treatment for the latest “variants” that the media claims are in circulation at any given time. Every year, or perhaps twice a year, Branch Covidians will be lining up for their next fix, believing that it will save them from testing “positive.”

To keep up with the latest news about deaths caused by fully vaccinated people, be sure to visit ChemicalViolence.com.