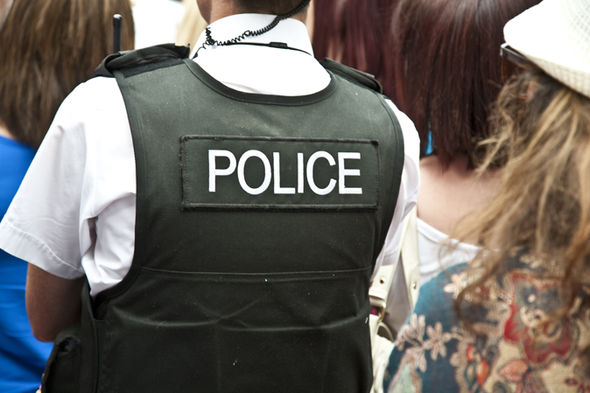 From now on in Scotland, if a person with male genitalia (aka a man) rapes someone, Scottish Police will categorize the culprit as a “female” if he self-identifies as a trans “woman.”

In order to remain politically correct and satisfy the demands of the Cult of LGBTQ, Police Scotland say that even if a rapist has not legally changed his gender to trans “female,” any rapes he commits will be considered as having been perpetrated by a woman.

The move comes ahead of a proposed new law in Scotland that makes it easier for Scots to self-identify as whatever sex or gender they choose on a whim. Some feminist groups, fearful of being erased, are opposed to the new legislation.

“The Scottish government wants to remove medical checks for those seeking a gender recognition certificate and shorten the time people have to live as their new gender before it is legally recognized,” reported The Times (U.K.).

In a correspondence seen by The Scottish Sun on Sunday, Kenny MacAskill, the former Scottish justice secretary, asked Police Scotland how it plans to deal with rapes after the new law takes effect. Gary Ritchie, the assistant chief constable, responded with a few hypothetical scenarios.

“The Sexual Offences (Scotland) Act 2009 defines rape as nonconsensual penetration with a penis, so it cannot be committed by someone without male genitalia,” The Times explained.

Responding to this, MacAskill, the Alba party MP for East Lothian and SNP defector who worked as a lawyer for 20 years and a justice secretary for almost eight is simply shocked that this is being allowed to happen.

“I’ve seen some legal absurdities, but this tops it all and is dangerous,” he said. “It’s physically impossible and is about dogma overriding common sense. Women prisoners are being harmed by this and vital crime statistics rendered useless.”

During the last parliamentary term, plans to reform the Gender Recognition Act (GRA) were shelved by the SNP government due to internal divisions and concerns about women’s rights. The SNP and Greens’ power-sharing deal at Holyrood does, however, commit them to completing the process by the middle of next year.

MurrayBlackburnMackenzie, a policy analysis group, is campaigning for Police Scotland to be required to accurately record the sex of people charged with rape or attempted rape.

“For such offences,” warned Lisa Mackenzie, a member of the group, “it will only take a few misclassified cases to skew the statistics.”

In a statement, Detective Superintendent Fil Capaldi responded concerning the new law and policy that:

“The sex / gender identification of individuals who come into contact with the police will be based on how they present or how they self-declare, which is consistent with the values of the organisation. Police Scotland requires no evidence or certification as proof of biological sex or gender identity other than a person’s self-declaration, unless it is pertinent to any investigation with which they are linked.”

What this means, of course, is that men can now freely rape any women they want while placing the blame squarely on women by simply self-identifying as such. Women will basically now become the scapegoats for all rape statistics in Scotland.

More related news about the breakdown of society at the hands of the Cult of LGBTQ can be found at Gender.news.