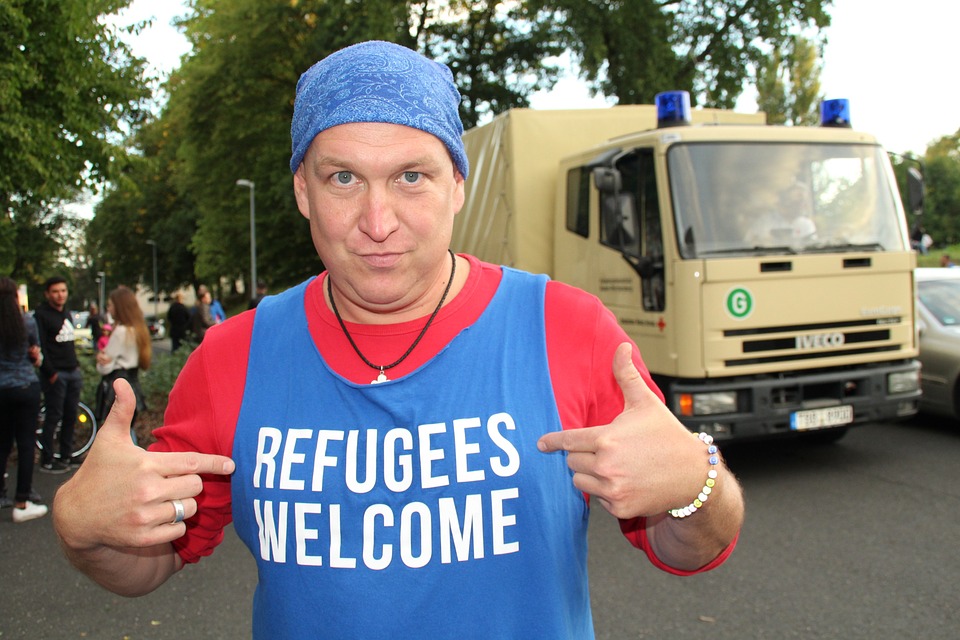 Germany is welcoming Ukrainian refugees fleeing the war zone, but under one condition: that they all get vaccinated for the Wuhan coronavirus (Covid-19) upon entry into the country.

“There will be easy-to-understand information sheets in Ukrainian for this,” Lauterbach told the German magazine Spiegel, adding that the shots will be forced on refugees at every medical contact point in Germany.

“People who come from the war zone also need medical help and protection against infections,” Lauterbach contends, though he did not specify the nature of these “infections.”

“We will take care of that.”

Lauterbach, by the way, is the same guy that when confronted with the facts in response to his earlier false claim that Germany was suffering through a “pandemic of the unvaccinated” blamed this “mistake” on a “software error.”

Since only about one-third of Ukrainians have gotten jabbed for the Fauci Flu, according to the Federal Ministry of Health, Lauterbach has his work cut out for him getting his injections into Ukrainian arms.

One-third of them received the Chinese vaccine Sinovac, which is not approved in the European Union, revealed the German media outlet Die Welt.

Nazi Germany never really went away, did it?

The plandemic is already over, just to be clear – at least the mask and jab portion of it. Now the globalists have moved on to the war and starvation phase.

Still, Lauterbach and others like him want to keep the injection phase alive and force-jab any remaining holdouts who just said no to the pharmaceutical cocktails.

Even though this is a human rights issue at play, Lauterbach wants to withhold refuge from Ukrainians who refuse to permanently alter their DNA with experimental gene therapy chemicals from Big Pharma.

“The crisis is over,” says Dr. Peter McCullough, an American cardiologist who is calling for an immediate end to all further injection of Wuhan Flu shots.

The Pfizer-BioNTech, Moderna, and other covid injections currently on the market “are not sufficiently safe enough, nor are they effective enough, to have been mandated upon us in our lives.”

“Over a million Americans have been injured as a result of Covid-19 vaccination, and sadly, thousands have died afterwards,” McCullough added in a statement.

It turns out that states and countries all around the world are struggling to figure out what to do with the hordes of injections they ordered that went unused due to “vaccine hesitancy.”

People like Lauterbach have no clue what to do with all these excess syringes that nobody wants, so they are taking the opportunity to exploit Ukrainian refugees.

“These Nazis have got to do something with the clot shots,” wrote someone at Free West Media. “People are not buying their BS anymore and they aren’t having any of the mandate BS, so these scumbag new world order Nazis are now going to force this on refugees.”

“TRUE REFUGEES,” this same commenter added, “not like the illegal aliens they flood into America with no shots or any testing. The refugees need to riot and inject these Nazi traitors with their own clot shots.”

Over at Natural News, someone wrote in response to Lauterbach’s claim that his release of fake covid data was due to a “software error” that the only reason he even said this is because he got caught red-handed.

“Had the reporters not uncovered the scam, they would have run with it,” this person said about Lauterbach and his ilk. “They certainly were aware of it all along. Just another case of not so plausible deniability.”

The latest news about the war can be found at WWIII.news.