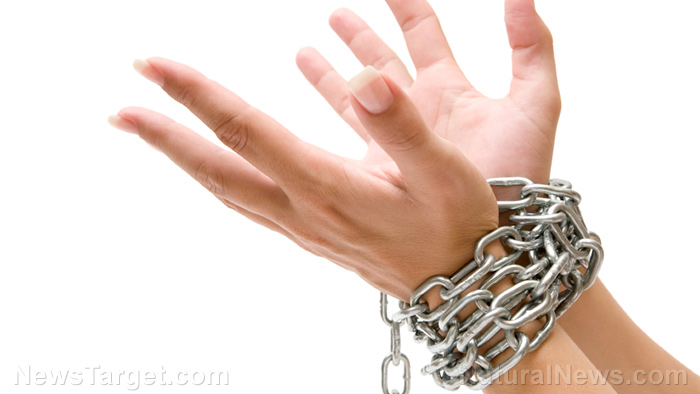 Brighteon.TV host Dr. Alan Keyes sat down with Dan Happel on the April 8 edition of “Let’s Talk America.” The two touched on the subject of the Democratic Party and its globalist backers tearing down the U.S. to “Build Back Better.”

“[Regarding] that slogan ‘Build Back Better’ – everybody needs to realize this. You can’t say build back better unless something has been torn down and destroyed, and that’s the [Democrats’] goal right now for our country,” said Keyes.

The former Reagan administration official cited the example of the medical tyranny seen during COVID-19 pandemic as an example of this demolition of freedom. Under the guise of “public health,” the freedoms of many people worldwide were suppressed.

“During the course of the COVID-19 crisis, I think a lot of us started to get that taste of tyrannical government. It’s a taste of authoritarian rule. It’s a taste of slavery where, by and large, most human beings in most places in the world did not live as a free people. They lived as slaves, forced servants of those who [wield] the superiority of their power.” (Related: Democrats’ climate agenda will mimic their COVID tyranny.)

Keyes lamented that the vast majority of the American population “has surrendered the authority by which, as a people, govern the country and perform the sovereign role of determining the composition of government.” He added: “We transform, give up and otherwise abandon the self-government that we have enjoyed as a people.”

Happel, host of “Connecting The Dots,” concurred with Keyes.

“I think it’s so critical at this point that the American people better start acting quickly – very, very quickly – because we’re going to lose the opportunity to keep the greatest experiment in freedom that the world has ever known. We’re going to lose it because we are complacent, because we’ve lost the ability to discern truth from lies [and the ability to] understand what truth really is,” Happel said.

“God doesn’t appreciate the fact that so many Americans today are afraid to be part of the solution. They just expect someone else to do all the work for [them]. They think somehow that God’s going to take everything under His hand, and He’s going to do it without us having to put an effort into it. That is so totally wrong.”

Building back better by transhumanism

According to Happel, the Democrats and their globalist backers seek to tear down freedom first and then the human soul afterward.

“[On] technocracy and transhumanism, part of it – and they openly state [it] when they talk [about] these things – [says] that they’re after the human soul. They think they have the ability [and] the genius to recreate human beings in the image that they want. Frankly, that’s a very subservient image because they plan on controlling everything.”

Happel added “many of these globalists are actually Satanists, and they believe that they have to destroy the human soul. They look at humanity as being kind of a germ [or] a plague on the Earth, and they want to get rid of a large percentage … so that they can make their job easier.” He warned that if the globalists succeed, it will be “the rule of the few over the many, and the [population of the] many will be reduced significantly.”

Israeli intellectual Yuval Noah Harari is one such globalist who has put forward the possibility of humans being “hackable animals.” He said in an interview: “Humans are now hackable animals. The idea that humans have this soul or spirit, they have free will? That’s over.” Harari added that three things are needed for this endeavor: enough biological knowledge, sufficient data and sufficient computing power.

“They are trying to take our souls. If they get our souls [and] take away the essence of what makes us Christian [and] human, then we can become something that really goes beyond humanity – and that is transhumanism,” said Happel.

Visit Enslaved.news for more stories about Democrats and their globalist backers wanting to control humanity.