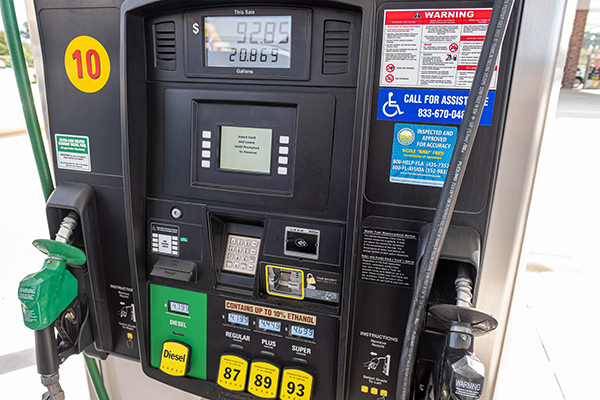 Following the French election this upcoming weekend, the European Union (EU) is reportedly planning to impose a full embargo on all Russian oil, which JPMorgan says will drive the oil price beyond $185 a barrel.

To minimize public support for Marine Le Pen, the EU is apparently waiting until after the second round of voting to make this move, which will send already record-high oil prices soaring even further.

Emmanuel Macron reportedly “won” the first round of voting, or so we are told. And the plan seems to be to get him installed for another term before driving the EU to the next level of its descent into economic hell.

The EU claims that the embargo will somehow hurt Russia, even though it is the EU member countries that will suffer the most. Loadings of Russian oil are actually at all-time highs right now, showing once again that Russia has the upper hand in all of this while Western leaders bumble around hurting their own people.

Russia now exporting more oil than before the invasion

JPMorgan reported that shipments of Russian oil in the seven days leading up to April 16 hit 7.3 mbd (million barrels per day), which is only 330 kbd (thousand barrels per day) below the 7.58 mbd average in February before the war started.

JPM has calculated that Russian crude exports are actually up since the invasion, averaging 360 kbd more in volume than pre-February. Exports of oil products like fuel oil, naphtha and VGO, however, have declined by 700 kbd.

This decline in oil product exports combined with a 200 kbd drop in Russian domestic oil demand has resulted in Russian refineries having to cut runs. The volume of refining cuts rose in April to 1.3 mbd, which is about 0.6 mbd above the usual April maintenance.

Russian shut-ins, which were first triggered in late March, amounted to 1.5 mbd in April as opposed to the initial forecast of 2 mbd. It is still expected that Russian exports for the rest of the year will amount to 1 mbd.

JPM’s projection is that European buyers will cut their purchase of Russian oil by about 2.0 to 2.5 mbd by the end of the year. Russia is expected to re-route about 1 mbd of that volume elsewhere.

“Given time, JPM estimates that together these three countries can likely import an additional 1 mbd beyond what they are importing today.”

If the EU actually follows through with the full embargo, the price of oil is expected to spike.

“A full and immediate embargo is likely to hurt European consumers more than Russian producers in the near term,” Zero Hedge added.

“More importantly, a full, immediate ban would likely drive Brent crude oil prices to $185 / bbl as more than 4 mbd of Russian oil supplies would be displaced with neither room nor time to re-route them to China, India, or other potential substitute buyers.”

India has already increased imports of Russian oil by three times 2021 levels. Other countries that are friendly to Russia will likely increase their exports as well, leaving the EU and its NATO allies holding the bag of yet another backfired foreign policy intervention.

“Russia does not need the euros. The EU does need the raw materials. This is ludicrous.”