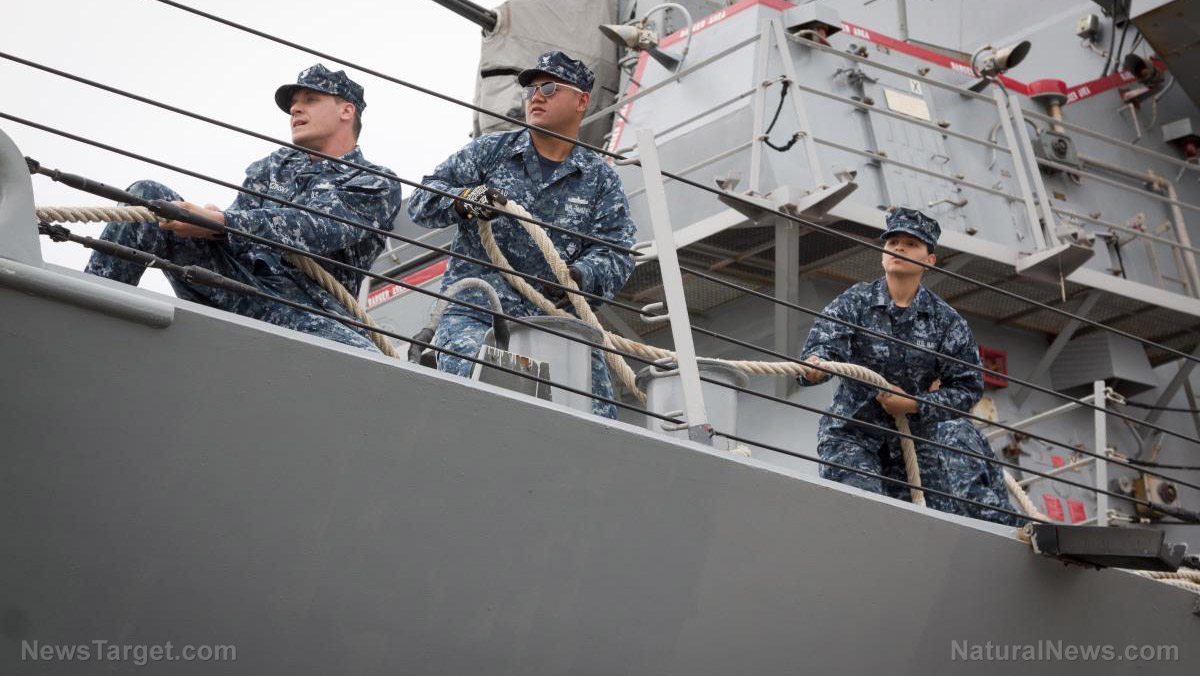 The United States Navy is now offering to pay up to $65,000 in student loan relief for new recruits who are able to ship out by Sept. 30. This is on top of the additional $50,000 the Navy is offering as an enlistment bonus.

This is according to a service memo released by the service branch on Thursday, Aug. 4, which pointed out that the student loan relief payment and the enlistment bonus are not mutually exclusive.

“So, if a future sailor maximizes both, that adds up to a life-altering $115,000, and the opportunity to serve in the world’s finest Navy,” said Rear Adm. Lex Walker, commander of Navy Recruiting Command, in the memo. (Related: Americans are refusing to join the military despite generous enlistment incentives.)

“If you are a sailor, Marine, airman, soldier, guardian or Coast-Guardsman who recently separated, this is an opportunity without precedent,” Walker added. “And if you have student loan debt, you could be eligible for the Loan Repayment Program if you ship in any month of any fiscal year while the program remains active.”

All prospective Navy recruits who are interested in qualifying for the Loan Repayment Program must be ready to ship out by the end of September.

Veterans of the Navy or any other service branch who wish to sign back up must be willing to reenter active duty at or below the E-4 paygrade. This means they must be willing to earn a maximum of $2,905.5 per month, depending on how long they have served. Veterans also can’t qualify if they received an enlistment bonus in their first time serving.

This new enlistment incentive comes just six months after the Navy raised its maximum enlistment bonus from $40,000 to the current $50,000, citing a competitive labor market. The Loan Repayment Program is meant to help the branch meet its recruiting requirements for specific job roles needed “to ensure fleet readiness,” according to Walker’s Navy Recruiting Command memo. These additional bonuses are apparently not enough to fill the Navy’s personnel needs.

There are certain variations regarding how much a potential recruit can get from the enlistment bonus. Those that qualify to become special warfare boat operators and hospital corpsmen are eligible for a $36,000 bonus. Air rescue swimmers can qualify for up to $38,000. High-demand jobs, such as specialized electronics technicians and people with knowledge about nuclear energy, are eligible for the maximum bonus of $50,000.

During periods of greater need, Navy recruiters can be less picky about how much a recruit gets as an enlistment bonus. For example, back in April, the Navy was offering a $25,000 enlistment bonus for any recruit who was willing to ship out before summer.

This is not a problem solely for the Navy. Other branches of the U.S. Armed Forces – the Army, the Air Force, the Coast Guard, the Marine Corps and even the Space Force – are having difficulty retaining and bringing on new talent. Like the Navy, many other branches of the Armed Forces have been ramping up various enlistment bonuses to try and get people to sign up and quickly deploy to boot camp.

According to the Department of Defense‘s recent estimate, only about one percent of Americans between the ages of 17 to 24 are both eligible and inclined to enter military service. About 77 percent of people in this age group were immediately disqualified, either due to obesity or other health issues, drug use or past criminal records. Most of the remaining 23 percent of people who are eligible have no interest in joining the military.

Furthermore, according to a 2019 Pentagon study, more than 17 percent of active-duty military personnel are considered obese. The Navy has the highest obesity rate among all branches at 22 percent, or more than one-fifth of all servicemen and women.

Watch this clip from “Live from the Lair” as host Terrence Popp discusses how military recruitment is down to 40 percent of typical levels.

This video is from the Redonkulas.com Productions channel on Brighteon.com.

Biden bans conservatives and Christians from the military.

US Army accelerating recruitment of young soldiers who are willing to violate the Constitution.

Junk food nation unable to defend itself against invasion; one-third of young U.S. adults too fat for duty.